‘Thank you for your honesty Jeff’: Trump thanks ‘gutsy’ anti-impeachment Democrat Rep. Jeff Van Drew for his support after it’s revealed he is considering switching to the Republican party

By Maxine Shen For Dailymail.com

President Donald Trump thanked ‘gutsy’ Rep. Jeff Van Drew for his support after the Democrat is said to be considering switching political parties just before the House votes on impeaching Trump.

‘Thank you for your honesty Jeff. All of the Democrats know you are right, but unlike you, they don’t have the “guts” to say so!’ Trump tweeted early Sunday.

New Jersey Democrat Rep Van Drew – who represents a district that Trump is popular in – is among the Democrats’ biggest opponents of impeaching Trump and is considering making the switch to the Republican party.

The announcement could come as soon as next week, the New York Times reported. 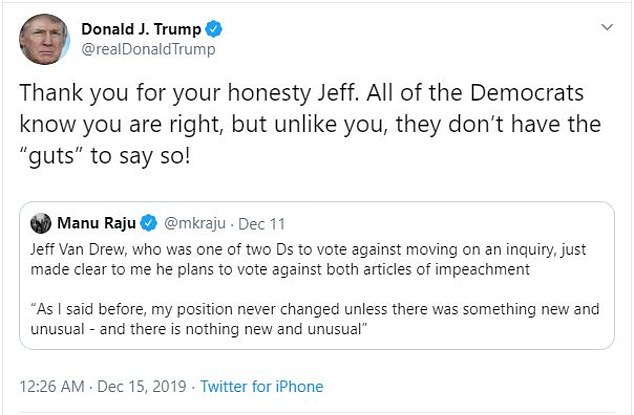 ‘Thank you for your honesty Jeff. All of the Democrats know you are right, but unlike you, they don’t have the “guts” to say so!’ Trump tweeted early Sunday 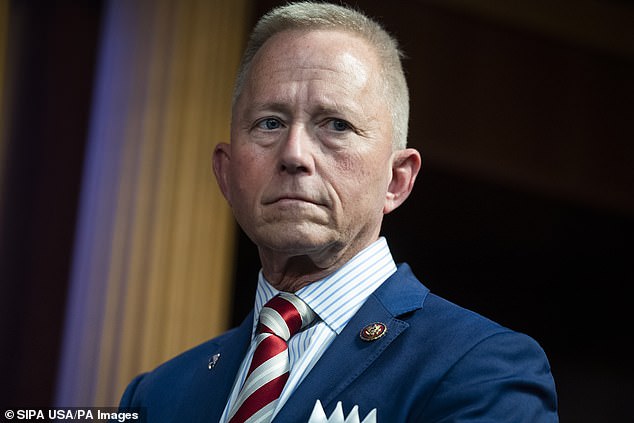 Van Drew is said to be considering switching to the Republican party. He may make the announcement as early as next week

Two unnamed Democrats and a Republican source told the newspaper that Van Drew has already had discussions with senior Trump advisers to talk about securing Trump’s support for switching parties, which would help him avoid a Republican primary challenge in 2020.

During the conversation between the 66-year-old freshman congressman and Trump advisers, the Republican source said that Van Drew made no bones about the fact that he was worried about losing his seat in the 2020 Democratic primary or general election.

Van Drew had previously said that he doesn’t ‘see anything there worthy of actually taking a president out of office’ and that he wouldn’t support impeachment, leading to the suggestion that a liberal Democrat might step up to challenge him in the primary.

He was also one of two House Democrats who opposed Trump’s impeachment investigation, which resulted in criticism from New Jersey Democratic leaders and progressive activists. 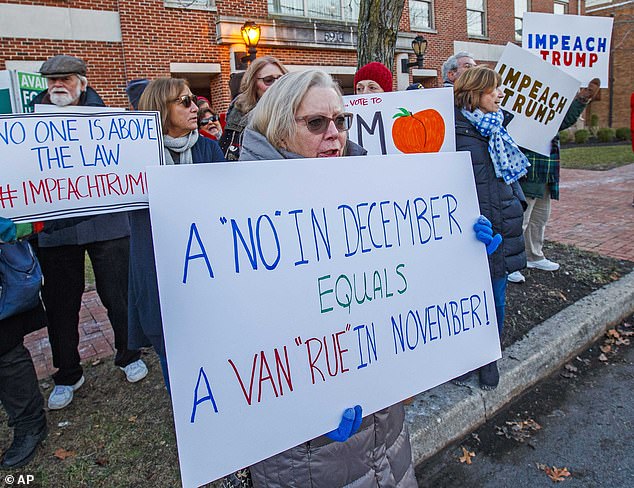 Sources told the New York Times that Van Drew told top Trump advisers that he is worried about losing his seat in the 2020 elections. Protesters are seen here outside his office on December 13, railing against his anti-impeachment stance 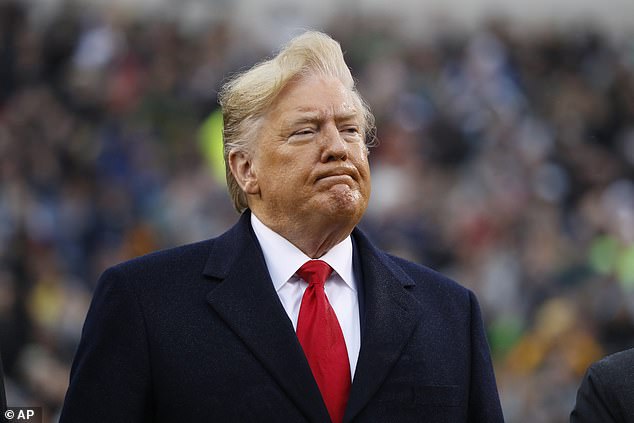 If Van Drew secures Trump’s blessing on making the switch to the Republican party, it’s said that it will help Van Drew avoid a primary challenger in the 2020 election 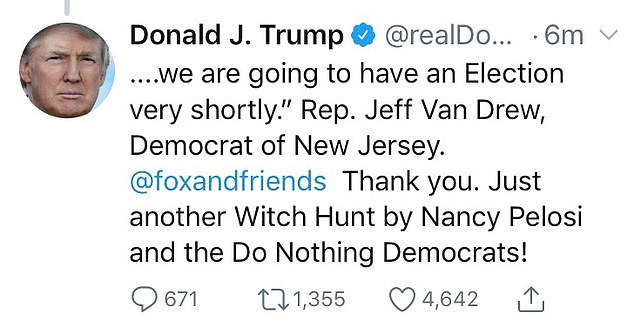 Trump thanked Van Drew on Twitter. The congressmen was one of two House Democrats who opposed the House’s impeachment investigation

Van Drew represents New Jersey’s 2nd Congressional District, which encompasses the southern portion of the state. During the 2016 presidential election, Trump won the district with 50.6 per cent of the vote.

The congressman himself won his seat in the 2018 election with 53 per cent of the vote, over his Republican opponent, Seth Grossman, who made racist comment that lost him the backing of the national Republican party.

The sources told the New York Times that Van Drew has already discussed which day to make the announcement that he is switching to the Republican party – immediately before or after the House votes on the two articles of impeachment.

That vote is expected to occur on Wednesday.

Van Drew has not yet commented on the party-switching claims yet.

a chat about life