A ghost hunter has described the unnerving moment she came face to face with one of the world’s ‘most possessed’ dolls.

The paranormal investigator, who uses the name Amy’s Crypt on YouTube, met the 200-year-old doll ‘Letta Me Out’ when it was taken to Adelaide in August.

The doll was first discovered underneath an abandoned house in Wagga Wagga, New South Wales, by Kerry Walton almost 50 years ago.

Mr Walton felt compelled to save the doll, which earned its name after the owner and his brother joked ‘Letta Me Out’ was trying to move out of a sack they’d stored him in. 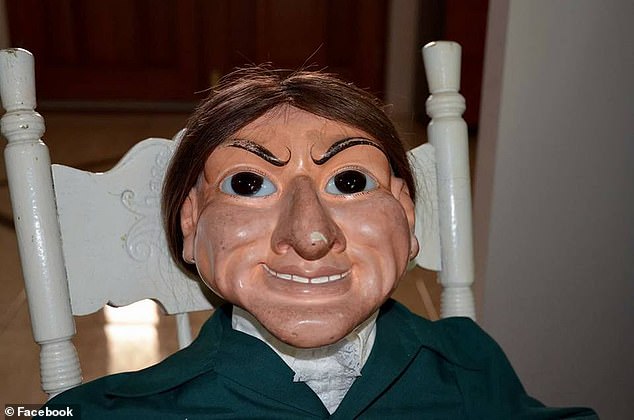 Amy’s Crypt, a YouTuber who travels the world to explore haunted locations, met 200-year-old doll ‘Letta Me Out’ (pictured) when it was taken to Adelaide in August

When the doll was brought to Mr Walton’s family home, there was a bizarre chain of events which made him think there was a ‘supernatural’ element to the doll.

Why is Letta Me Out one of the world’s most possessed dolls?

Mr Walton found Letta underneath an abandoned house in regional Australia – he originally thought the doll was a dead child.

When Mr Walton put Letta in the car first time, he claimed the doll was trying to wriggle out of his bag.

Mr Walton said he started finding scuff marks on the floor around his house, as though the doll was walking around.

Visitors reported feeling sick, emotional and faint when around the doll.

Pets are said to act strangely around Letta.

Multiple psychics have claimed Letta was made in the image of a boy who drowned more than 200 years ago, most likely in Romania.

It has human hair.

Some people have said Letta moves around when it’s sitting in their laps.

Many people have claimed the doll’s glass eyes appear to follow them around the room.

Mr Walton claimed he found scuff marks on the floor of the house in the morning, suggesting Letta had been out and about during the night.

Visitors reported feeling sick, emotional and faint when around the doll, and pets would also act strangely, he claimed.

Letta, who has a wicked grin and eerie presence, has since become known as one of the world’s most possessed dolls.

In her YouTube video, Amy’s Crypt recalled her experience with the haunted doll.

Amy said that not everything to do with the paranormal has to be ‘scary’, ‘evil’ or ‘demonic’ as there are good spirits out there.

The YouTuber told Daily Mail Australia that meeting ‘Letta Me Out’ wasn’t a negative experience at all.

‘I’m not sure if I believe Letta is good luck – I’m not really superstitious – but if someone tells me touching something is good luck, I’m going to do it,’ she laughed.

Amy was encouraged to give him a kiss on the cheek.

‘Meeting Letta was actually a really positive experience, and lots of others were really excited to meet him as well.

‘The one thing that stood out for me was Letta has really beautiful hair. ‘t’s shiny and soft – probably because it’s real human hair.’

Amy said in the video she did notice Letta’s dark glass eyes, which appeared to watch visitors from all angles of the room.

‘He has these very dark glass eyes that seem to follow you around the room so no matter where it was held or whose lap it was on or what was going on with it, it always kinda looked like Letta was watching you, not just you but every single person in the room,’ she said. 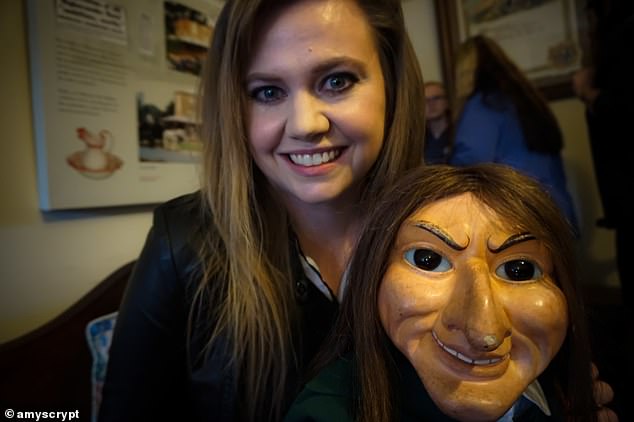 In a YouTube video, Amy’s Crypt recalled her experience of crossing paths with the haunted doll (pictured) 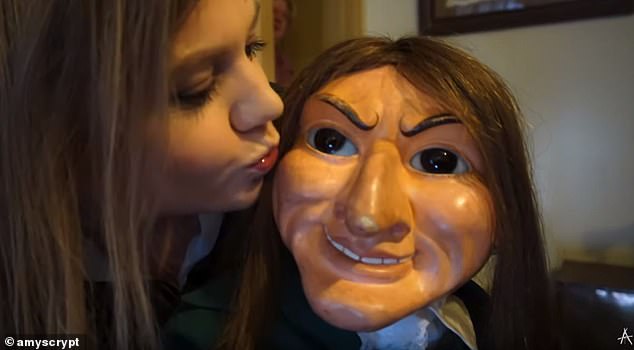 The YouTuber told Daily Mail Australia that meeting Letta wasn’t a negative experience at all. Amy also said she was encouraged to give him a kiss on the cheek (pictured) 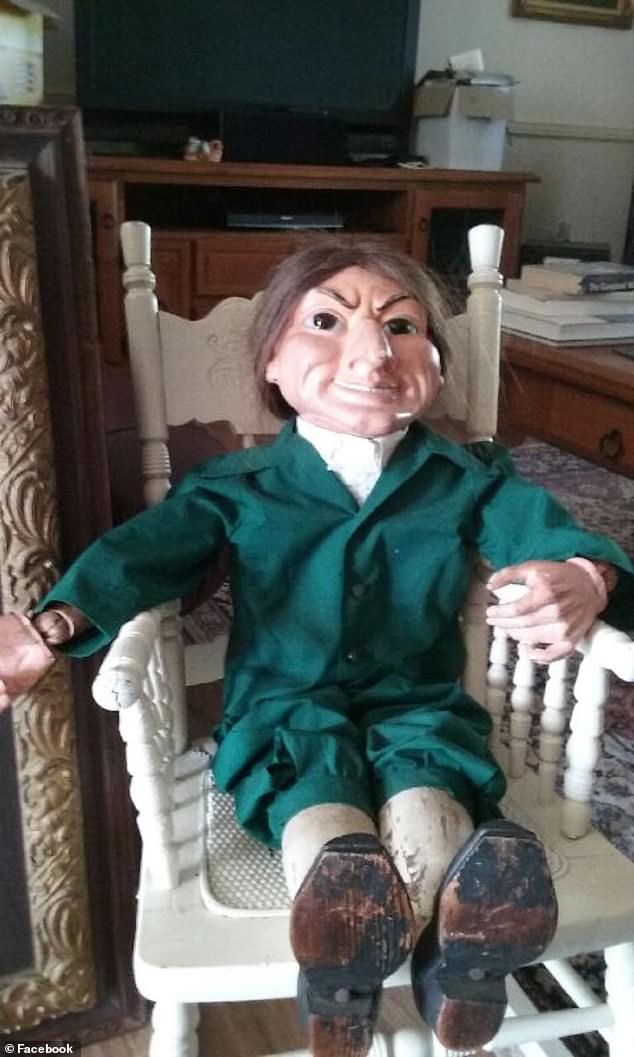 The doll was discovered underneath an abandoned house in Wagga Wagga, in New South Wales, by owner Kerry Walton almost 50 years ago

But Amy claimed the freakiest thing about Letta was he ‘moved on its own’.

‘Some people have said Letta moves around when it’s sitting in their laps.

‘That could be because the doll is jointed and can move from time to time, but if it’s stable in there’s no reason it should move.’

While Amy admitted the doll didn’t appear to move by itself in her lap, she also said she noticed its wrists could move. 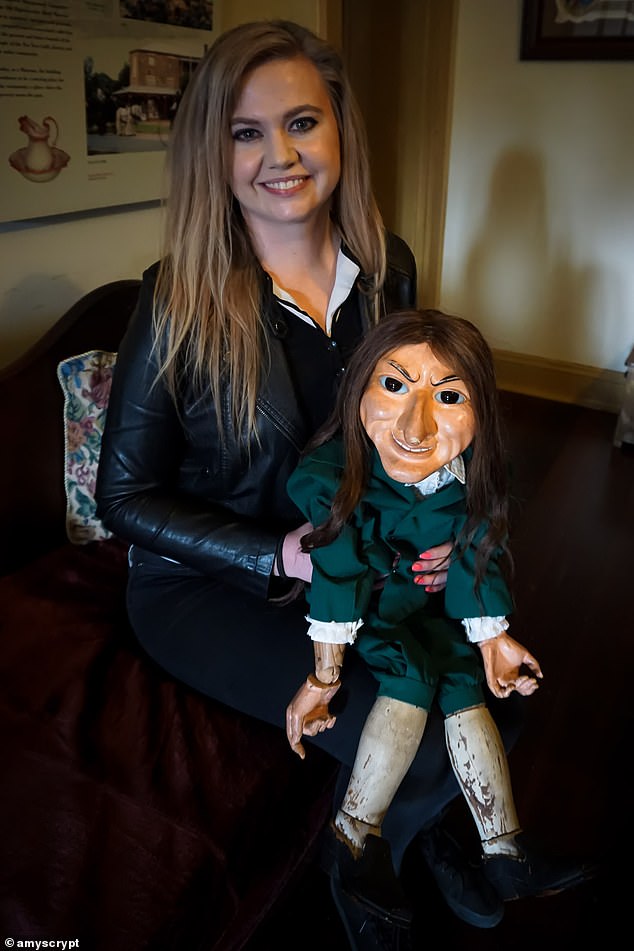 Amy (pictured with Letta) said the freakiest thing about Letta was that it supposedly moves on its own. ‘Some people have said Letta moves around when it’s sitting in their laps

Letta has its own Facebook page, which has photos and updates about the doll.

‘I am not evil, I am not possessed however there is a spirit within me. I am not a marionette or puppet,’ one post reads.

‘I have the spirit of a little boy who drowned over two hundred years ago.

‘Yes I am scary and I do move and walk around, but not to hurt others.

‘When I am ready I will let everyone know my proper name, but as of now I am just Letta Me Out.’ 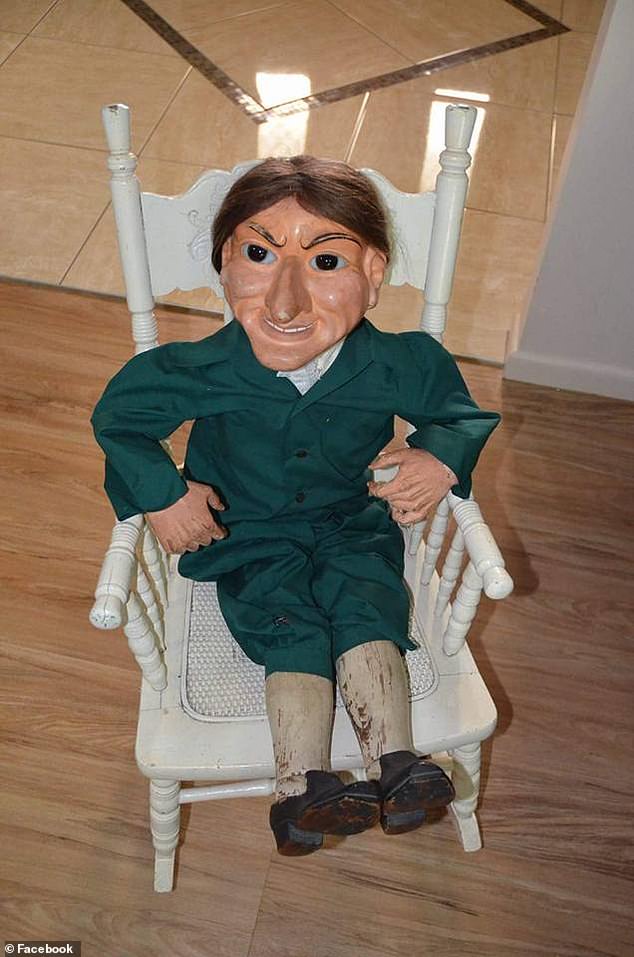 Letta, who has a wicked grin and eerie presence, has since risen to fame as one of the most possessed dolls in the world

The father of 14-year-old Jaime Guttenberg, who died in the Parkland high school…

Charge your MacBook, iPad, and three phones with this $30 Anker USB-C charger