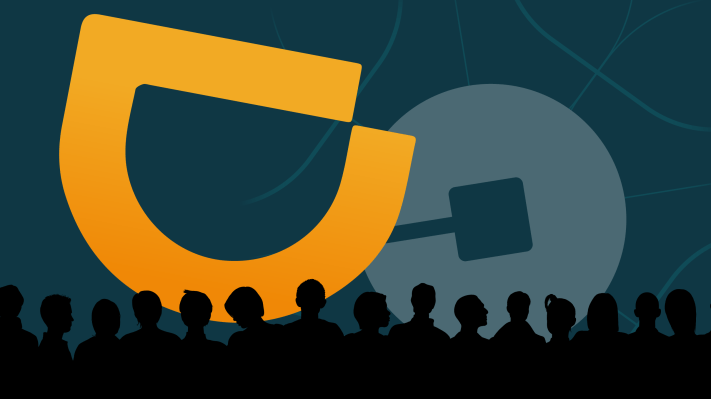 Didi Chuxing, China’s largest ride-hailing service, has suspended its Hitch carpooling service for one week as it investigates the murder of a passenger.

The victim was a 21-year-old air stewardess identified only as Ms. Li. State-run news agency Global Times reports that the incident took place in the evening of May 5, when she used Hitch — which lets people headed to the same destination take a ride together — to summon a ride home from Zhengzhou airport, Henan Province, after finishing work. The publication cites police reports that say Li was murdered by her driver using a weapon.

Didi has used facial recognition technology to verify its drivers since 2016. The technology is used to speed up registration of drivers when they initially sign-up, and also to prevent fraud when they log in to start a shift. The idea is that the app will only unlock when the driver account owner takes a selfie which should match with the record Didi has.

In the case of this tragic incident, that safeguard collapsed.

The suspect — who has been named as Liu Zhenhua — is not registered on its platform, according to Didi, but he was able to access it, and take rides, using a verified driver account belonging to his father. Didi said it did not prevent this because its facial recognition feature was “defective” that day.

It looks like there was a warning sign, however. The company said that the account had received a sexual harassment complaint before the incident — it isn’t clear if that was from the father, or his son accessing the account — but Didi was unable to reach the account despite trying to make contact an apparent five times. Yet, despite the complaint, the account was allowed to log-in and take rides.

“Due to the imperfection of the arbitration rules of the platform, the complaint was not handled properly in subsequent days,” Didi admitted in a statement.

The Hitch suspension starts tomorrow — May 12 — and Didi said it will use the time to review all of its registered drivers for “any cases involving mismatch of drivers and vehicles.” The company also pledged to revamp its operational approach and customer support system.

In a prior statement provided to TechCrunch, Didi expressed its “deep remorse” at the incident which it said it has “undeniable” responsibility for. The company added that it must “step up to win the trust of our users.”

We are deeply saddened by and sorry about the tragedy that happened to Ms. Li while using DiDi Hitch. No words can express our deep remorse in the face of such an enormity. We give our sincere condolences and apologies to the family of Ms. Li. We need to step up to win the trust of our users. Our responsibilities in this case are undeniable.

Our special task force is working closely with law enforcement agencies with the utmost effort. The murderer needs to be brought to justice; and Ms Li and her family deserve a just answer.

We apologize again to the family of the victim and the public. Please be assured we will review thoroughly all our business practices to prevent such an incident from happening again.

Global Times reported that Didi is offered a reward of one million yuan (just over $150,000) for information about the alleged murdered, although Didi did not confirm that when we asked.

Didi is facing pressure from rival Meituan Dianping, which started out in local services but recently introduced ride-sharing services and moved into dockless bikes with the acquisition of Mobike.

This is not the first time that Didi, which became China’s single-largest ride-hailing company when it bought out Uber’s local business in 2016, has dealt with the murder of a customer. Two years ago, a woman in Shenzhen was robbed and murdered by a Didi driver.

Uber and Lyft have had fatal incidents, too.

In the U.S., those range from a seven-year-old girl being run over by an Uber driver in San Francisco in 2014, to a driver in Michigan murdering six people while on duty for the ride-hailing service in 2016. Other fatalities have taken place in Australia, Lebanon, Singapore and India.

This year, Uber’s autonomous vehicles have also been involved in civilian deaths. In March, a woman died after being struck by a self-driving Uber SUV in Tempe, Arizona. While police said Uber wasn’t responsible for the incident, the company paused its autonomous vehicle testing following the fatal crash.

An Indian artist has set a world record for creating the smallest pencil. Take...

The Girl Next Door (Valentine’s Day)

With the Ariya, Nissan is bringing its EV stakes upmarket