The story of the Cartier jewellery family is as fascinating – and racy – as the women who’ve worn its famous gems. Francesca Cartier Brickell tells Hannah Betts all about growing up in the world’s most dazzling dynasty

I am taking tea at the Hotel Carlton on the Croisette in Cannes. Next door is the Cartier boutique, opened in 1938 to cater to the Duke of Windsor, who kept summoning Cartier staff from Paris to sell him jewels with which to make Wallis Simpson feel regal.

My companion is Francesca Cartier Brickell, the 41-year-old granddaughter of Jean-Jacques Cartier, the last of the Cartier family to own a branch of the world-famous jewellers before it was sold. Although born and raised in England, Francesca has spent much of the past ten years at her late grandfather’s home in the Côte d’Azur, while researching and writing her book, The Cartiers: The Untold Story of the Family Behind the Jewelry Empire, which is published this week. 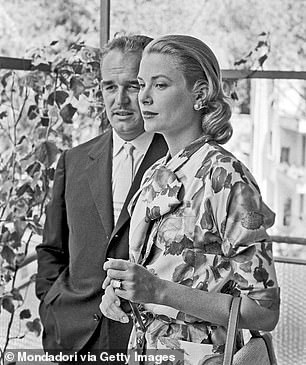 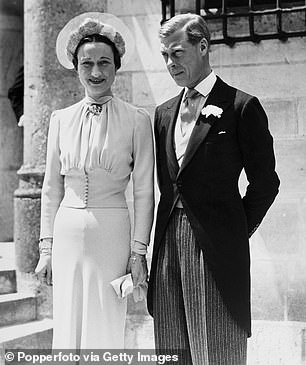 Grace Kelly with husband Prince Rainier in 1959, flashing one of her two Cartier engagement rings (left); The Duchess of Windsor in the Cartier jewellery the Duke gave her to make her ‘feel regal’

Naturally, the first thing we do is discuss the jewellery Francesca is wearing: a Cartier tank watch and one of the brand’s trinity rings. Then there’s her engagement ring: ‘My husband bought the diamond, then Grandpa sketched me a classic Cartier design on an envelope, and gave me a couple of small baguette diamonds for each side of the stone. It’s set in platinum, very simple – but now not as clean as it should be. My grandfather despaired whenever I turned up with a dirty ring, saying: “Chessie, you can’t wear that. Go and soak it in some gin!”’

There’s also a modest Cartier chain with a couple of pendants to symbolise her two children, and a whimsical little chalcedony and gold owl brooch with sapphire eyes that reminds her of her grandfather’s sketches. I sigh: ‘It’s funny, when I heard I was meeting you…’ I trail off.

‘You thought it would be more “tiaras in the pool”?’ she laughs, referring to the famous image of Elizabeth Taylor receiving Cartier rubies in a swimming pool (pictured below) in which she had been doing laps wearing a tiara.

Shyly, she reaches into her handbag to reveal a slim art deco emerald and diamond bracelet, created by Cartier. It is breathtaking. ‘But why aren’t you wearing it?’ I cry.

‘Is it really for a meeting in the daytime in my school-run jeans and dog-walking boots? I mean, would you wear it?’

I insist. She slips it on to her wrist. There is an awed silence, then she states, simply: ‘I love it.’

Meeting Francesca, you wouldn’t immediately place her as a member of one of Europe’s most prestigious jewellery dynasties. Growing up in Surrey, her mother, Viviane Cartier, was a teacher, her father worked in the City; they were comfortably off, but not crazily rich. Friends knew her as Francesca Brickell, unaware of the Cartier link. After reading English literature at Oxford University, where she met her private-equity banker husband, she studied at the Sorbonne in Paris, before working in banking.

Her quest to uncover her family history began at her grandfather’s house in 2009 when four generations gathered to celebrate his 90th birthday. Hunting for a bottle of vintage champagne, Francesca found a battered trunk. Inside were forgotten letters from a bygone era, featuring famous Cartier clients from designer Coco Chanel, to screen sirens Elizabeth Taylor and Grace Kelly, and royalty such as the Grand Duchess Vladimir of Russia and Her Majesty the Queen.

Realising there was a wealth of fantastic stories that could be lost, Francesca began dashing between London and the French Riviera – with her first baby strapped to her chest – recording her grandfather’s memories. Delving into her family’s story was an adventure that would take her to St Louis one moment, Mumbai the next, deciphering gravestones in Paris, trekking through sapphire mines in Sri Lanka, and exploring the pearl trade in the Arabian Gulf.

The story begins with Louis-Francois Cartier, who started his business in 1847. However, it was under his three grandsons that the dynasty flourished. Louis, the eldest claimed Paris; Pierre, the middle child, New York; while the youngest, Jacques (Francesca’s great-grandfather), made his fortune in London. 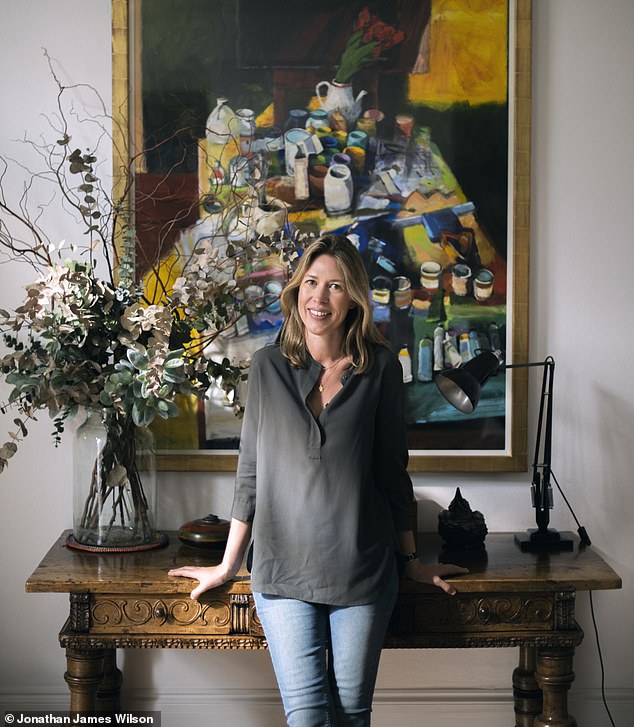 Francesca Cartier Brickell, who began writing about her family’s history after finding some long-lost letters

As in a fairy tale, each of the three Cartier brothers possessed different skills. ‘Louis was an inventor, who could have turned his mind to anything: the Steve Jobs of his day. Pierre was an amazing businessman and networker, while Jacques would be off discovering gems.’ One might imagine the trio forever jockeying for power but together they created an empire that littered the globe in jewels: rubies, pearls and diamonds as big as fists, the playthings of potentates and princelings.

Their legacy takes in class, money, celebrity and sex in a way that would make a fabulous Netflix drama, and Francesca’s book makes a cracking read. It’s rich in glorious detail, whether it’s concerning the 45-carat Hope diamond that the Cartiers briefly acquired in 1910 and which is supposedly cursed, or the million-dollar pearl necklace traded for the company’s Fifth Avenue base in New York.

We learn that the Victorian-era opera diva Dame Nellie Melba would borrow Cartier pieces for her performances, demanding the salesman first warm the jewels against his skin. Then there’s the emerald tiara Cartier created for American socialite Eva Stotesbury in 1912, which was so hefty she was advised to support it with helium balloons. 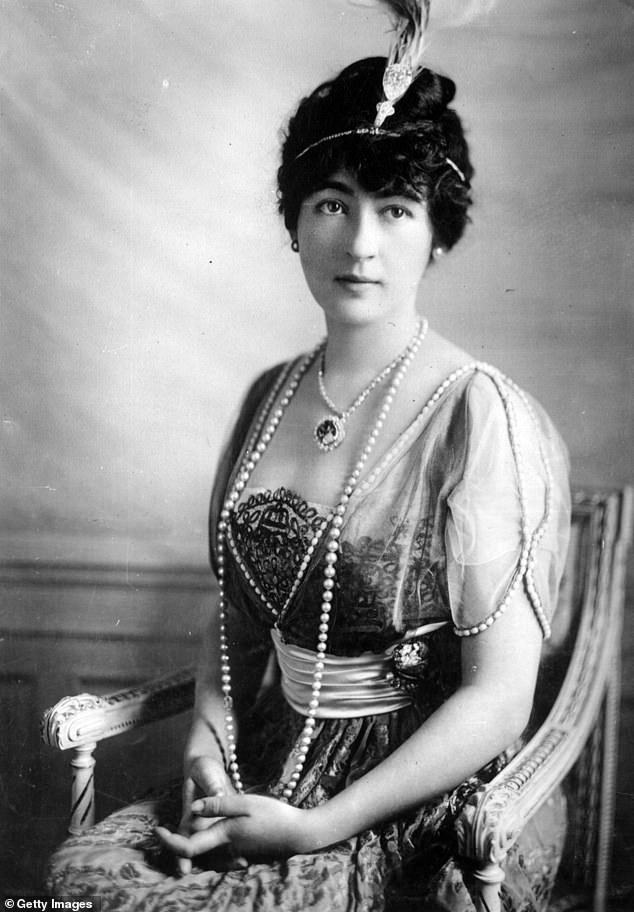 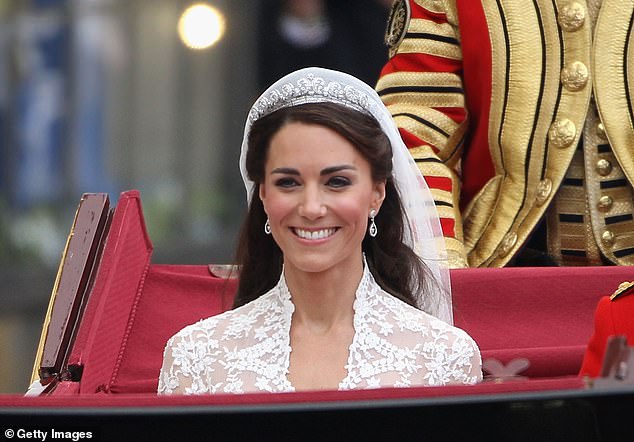 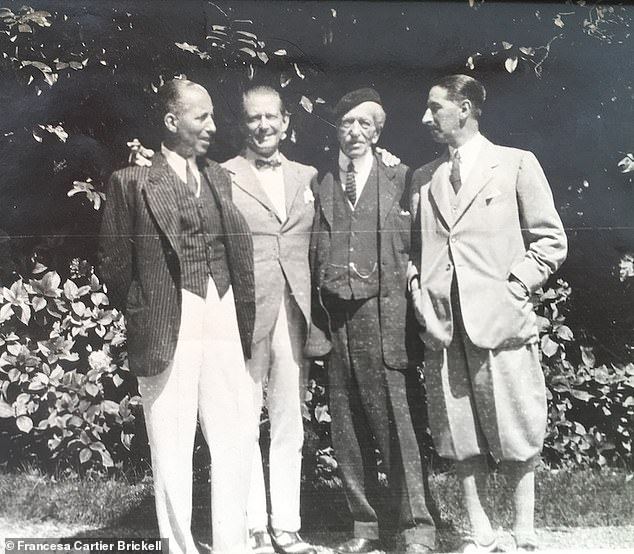 The Cartier brothers, from left, Pierre, Louis and Jacques, with their father in 1922

Meanwhile, movie starlet Grace Kelly boasted not one, but two Cartier engagement rings. Prince Rainier of Monaco proposed to her with a ruby and diamond eternity band, However, shortly afterwards, she was spotted with a 10.47 carat emerald-cut diamond, flanked by two baguettes. Grace refused to remove it, even on screen, granting it a starring role in the film High Society.

As Francesca’s book details, there was a time when no head of state visited Paris without being received at Cartier. Between 1904 and 1939 the firm received 15 letters appointing it as supplier to royal houses across the globe, from Spain to Siam. In 1925, the Maharaja of Patiala in India brought a cornucopia of jewels to Paris to have them reset Cartier-style, producing an epic 2,930-diamond necklace.

As for the British Royal Family, when an emerald as big as a bird’s egg was discovered by the Cartiers in Baghdad and proved too enormous to be sold, it had to be cut in half: Edward VIII chose 19.77 carats of it for his engagement ring for Wallis Simpson. When the Duchess of Cambridge married her prince in 2011 she did so in the Cartier Halo tiara, lent to her by the Queen, and which Francesca’s great-grandfather had been commissioned to make in 1936. 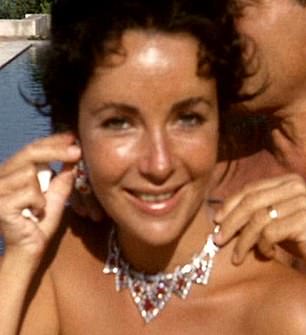 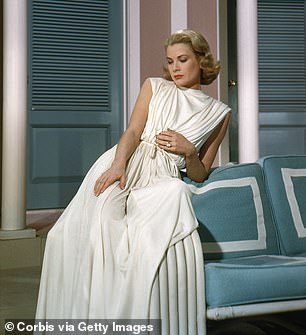 LEFT: Elizabeth Taylor in 1957 trying on her Cartier rubies – husband Mike Todd had just given them to her while she was swimming in the pool. RIGHT: Grace Kelly in High Society – she refused to remove her Cartier engagement ring so it became part of the film’s plot

Francesca is in a better position than most to determine what took Cartier from a small family business to a byword for opulence. Some of it she attributes to timing: ‘In the early 20th century there was an enormous amount of wealth around and limited ways to show it off; not like today when you can buy a private jet. In the early years, you’ve got the Romanovs in Russia, the Indian maharajas and the “dollar princesses” being sent over from America. And how do they compete? It’s in the size of their tiaras. They were buying their way into that world and Cartier was on hand to help.’

In writing the book Francesca believes she has found her true calling. ‘I feel I am meant to be doing this, as opposed to banking where I was just going through the motions. I get so excited about every little discovery. You put another piece together. There’s something so exciting about pushing back the frontiers.’

Francesca’s grandfather died nearly nine years ago. Four years later, she purchased his Côte d’Azur home. Did she feel as if he were watching over her as she sat typing, sporting his sapphire ring? She smiles: ‘Yesterday I was talking to my husband about a lecture I’m giving at the V&A in London, and this little ladybird flew down and landed on my hand. Cartier did a lot of ladybird brooches – my grandfather oversaw so many of them – and I was, like, “Ah, Grandpa!”’

After I leave the Carlton, I pop into the Cartier store next door. The brand is now owned by Richemont, the Swiss luxury goods conglomerate that also boasts Van Cleef & Arpels and Jaeger-LeCoultre. In an age in which luxury brands seek to differentiate themselves via their heritage, Francesca’s book should come as a great gift. And who knows, perhaps it will also direct their thoughts to Cartier’s next generation? Francesca’s 11-year-old son has recently developed an obsession with collecting coins. ‘He’s so knowledgeable, loves the history behind them. He’ll say: “Look how beautiful it is, Mum. Look!” And that’s a lot like Grandpa. It’s that same passion.’

Netflix's The Witcher Gets Season 2 Order