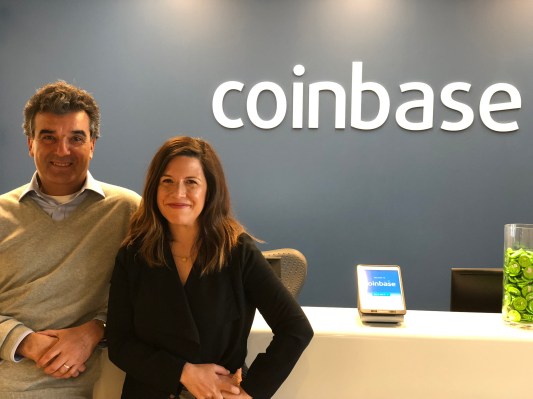 As Coinbase slowly earns the opportunity to begin thinking about taking a breath after the insane growth of the past few months, it’s thinking more about what all it has to say.

Horwitz led marketing and communications work for Spark Capital and served as an advisor to some of the firm’s portfolio companies, one of which was Coinbase . Previous to that, she was the director of technology communications at Facebook.

As an industry, blockchain tech has had a bit of a PR problem. Its proponents have promised the moon, but scandals and scams have left the impression that it’s all still a bit of a wild west. For the more legitimate startups like Coinbase, that presents its own challenges but also plenty of opportunities. Horwitz tells TechCrunch she is particularly excited about tackling public education of blockchain and ensuring that regular consumers know about it but also that the Silicon Valley tech community is aware of its promise.

“Over the past year specially, it’s really been a blockbuster year in the cryptocurrency space, so now the opportunity is really how do you keep that momentum going and how do you capitalize on that, and I think there’s so much to do in education especially,” Horwitz told TechCrunch in an interview.

Horwitz is Coinbase’s third female executive hire made in recent months. Tina Bhatnagar (previously of Twitter) is the company’s VP of operations and technology, and Emilie Choi (formerly of LinkedIn) is VP of business development. Horwitz has previously taken part in events to promote female representation in the cryptocurrency space, not only in leadership roles at startups, but as investors.

“The mission is to create a more open financial system for the world, I think it goes without saying that you can’t do that without making sure that everyone has an equal opportunity to participate in this new system.”

Listen to our midweek chat with USV’s Albert Wenger – TechCrunch

The coronavirus may cut climate emissions more than any war or recession did.

Drones aid war on drugs and other technology news

Apple TV Plus offers free access to some original programming