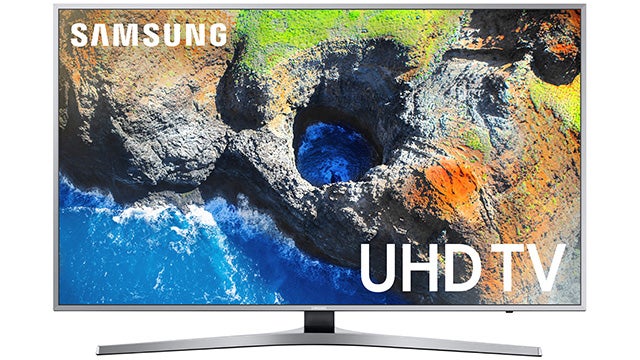 If you’re looking specifically for a good deal on a name brand 55″ TV, this Samsung 7000 series won’t break your bank. It’s a better TV than most of the Samsung models out there (6000 series).

All of these deals are great, but the new price drops are the 70″ P-Series for $1098 and the 65″ M-Series for $898. Both are widely regarded as having the best picture quality in its price range. Both sport true HDR, which means they feature local dimming, wide color gamut, and sufficient peak brightness.

Check the reviews on the LEGO enthusiast sites and you’ll see that this Go Brick Me set is highly recommended. There are literally thousands of ways to customize your very own BrickHeadz. And even if you don’t care much about that, this is the absolute cheapest way to get more bricks on the cheap. For $23.99 (normally $30), you’re paying 3.3 cents per brick.

Take $300 off the normal list price. The Surface Laptop is a road warrior’s dream. Weighing in at a mere 2.8lbs, this laptop boasts a 13.5″ 24456×1504 IPS touchscreen display, 7th generation Core i5 processor, 8GB of RAM, 256GB solid state drive, Windows and Microsoft pre-installed, and a unique Alcantara fabric keyboard. Get the Core i7 version for even more power.

This board game is currently #1 on BoardGameGeek’s Top 100 Board Games of All Time. It’s temporarily out of stock, but you can still order it and lock in the pricing. Yes this is list price (which is still a great value considering how much this massive box contains) but it is almost impossible to find this in stock anywhere. This is a legacy coop strategy game with a variable storyline that will take hours and hours to complete.

Back in stock but only a limited number left. This headphone boasts active noise cancellation and audio quality that’s as good as the pricier Bose QuietComfort 35. This was one of the best selling headphone deals at IGN on Black Friday, but that deal didn’t include the Pandora or Netflix subscriptions.

The anodized, aircraft-grade aluminum housing is waterproof to 200 meters, vibration-resistant, and shock-resistant.

Out on May 23. The Velop Mini is a more compact, dual-band version of the full-sized tri-band Velop. Whereas the 2-pack Velop normally sells for $350, the 2-pack Velop Mini comes in at only $149. At this price, it’s the least expensive gateway to the world of mesh networking, Mesh networks do a great job of blanketing your entire home with consistent, stable WiFi.

Use these shelves for your movies and games, or as an inexpensive display case for your collectibles and figures. Don’t even worry about the shipping costs. It’s still free on orders $35 or more (just buy at least 2 shelves).

Expiring Today. Dell Outlet offers up to 15% off configs. Usually the compromise with refurbished items is the shorter (or lack of) warranty, but not with Dell Outlet. Dell Outlet PCs have the same 1-year warranty.

This GTX 1080 variant from Asus is $60 (10%) below MSRP and will drive any current game at up to 4K resolution. It is more than enough to handle your Oculus Rift and HTC VIVE games as well.

The STRIX is hailed by many as the quietest air-cooled GTX 1080 solution.

25%-40% off Brand New Apple iPads and Watches at Walmart

We all know that brand new Apple products are very rarely heavily discounted. Not only are these very popular items marked down significantly, they’re sold by a very reputable merchant.

This impressive keyboard sells for well over $100 on Amazon and at Best Buy. This particular keyboard is a compact “tenkeyless” design, meaning that it’s missing the numpad. It uses very quiet Razer Orange mechanical switches, which are very similar to Cherry MX Brown switches. It also boasts RGB backlighting to complement your other Razer Chroma devices.

This is a ridiculously good price for a pre-built Intel Core i7-8700 desktop with warranty. What makes this config better is that you can upgrade it to any video card of your choice up to a GTX 1080. In order to select an NVIDIA video card, click on “more” in the Graphics Card option.

If you want to upgrade to a GeForce video card, click here.

Back in Stock. This is the largest set LEGO has ever sold, is an Ultimate Collector Series item, and has always sold out very quickly. Yes, this is very very pricey for a LEGO set, but if you actually factor in the cost per LEGO for an Ultimate Collector’s Series set, it’s actually pretty good.

For only $10.99 per course, you can train yourself in tools, software, and programming languages specific to the gaming industry. I and other people here have used Udemy and would easily recommend one of these hugely informative courses for the same cost as a Switch screen protector.

Chris Hemsworth to Get Bigger Than Thor to Play Hulk Hogan