The first issue comes out on July 4.

Catwoman is getting her own new solo comic later this year.

DC announced the series during its Batman panel at the Chicago Entertainment and Comic Expo (via Paste). writer/artist Joëlle Jones and colorist Laura Allred are the creative team behind the ongoing series, which will make its debut with Catwoman #1 on July 4. 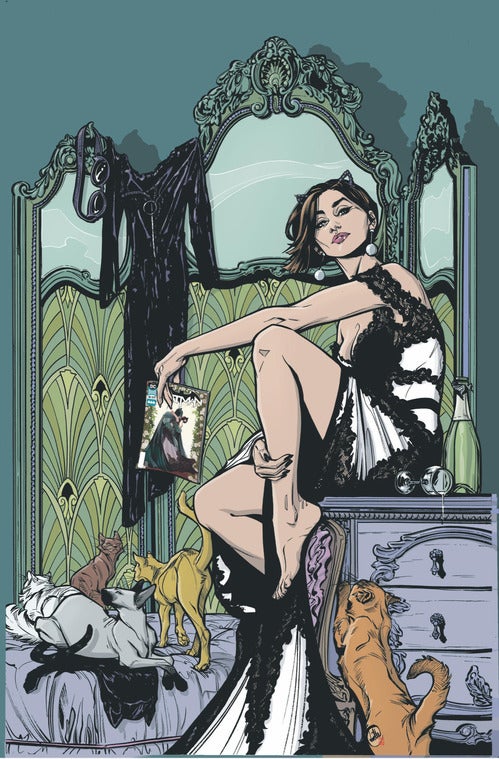 The comic will take place after Batman #50’s wedding storyline, and will follow Selina back on the prowl trying to catch a copycat who’s pulling heists around Gotham City. She’ll also battle a new, yet-to-be-announced villain while attracting unwanted attention from Gotham’s police force.

Jones has worked on a variety of comics, including Dark Horse’s Lady Killer and DC’s Superman: American Alien. Meanwhile, Allred also worked on Lady Killer, as well as Silver Surfer and Bug!: The Adventures of Forager.

For more on the world of DC, read up on why we think Batman’s team-up with Sandman was a big letdown, as well as our thoughts on how DC’s movies have improved on the comics.