Fortnite is just as popular on mobile.

Last week, Fortnite released on mobile, sending out invites to players who signed up on iOS. Within 24 hours of its release, the game had topped the iOS charts in 47 countries.

The title – which is still available by invite-only – is currently only available on iOS, although an Android release will follow. The data comes from Sensor Tower, and shows that Fortnite is sitting in the top 10 in 58 countries. 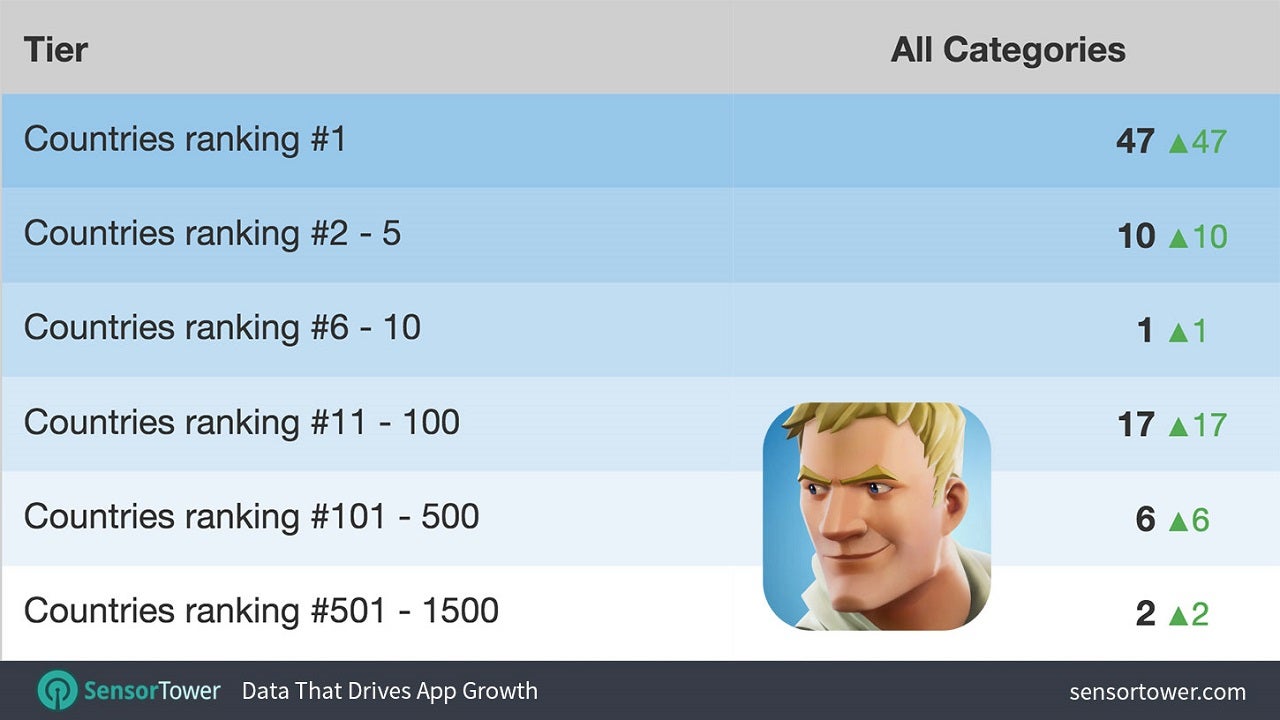 The site also reports that the release of the Fortnite app has had a postive effect on ratings for other games in the genre, with Chinese developer NetEase‘s battle royale titles Knives Out, and Rules of Survival enjoying a boost in the charts, going from No.182 to No.138, and No.14 to No.5 respectively.

This is probably due to the fact that Fortnite is invite-only, and so players are turning to the next best thing.

Fortnite has attracted big name streamers and celebrities alike, with streamer Tyler “Ninja” Blevins recently teaming up with rapper Drake, and breaking a couple of Twitch records in the process.

The smartphone version of the title has cross play functionality with both PC and console, and the new Blitz Mode goes live today, with shorter matches for a “faster & more intense” experience.

@ledzeppelin @Metallica Amy Winehouse @MileyCyrus put her own spin on some…

Microsoft shocks the world with the Surface Duo, a foldable dual-screen Android phone

Stunning gameplay, war and babies. This is what’s coming in #DeathStranding. …