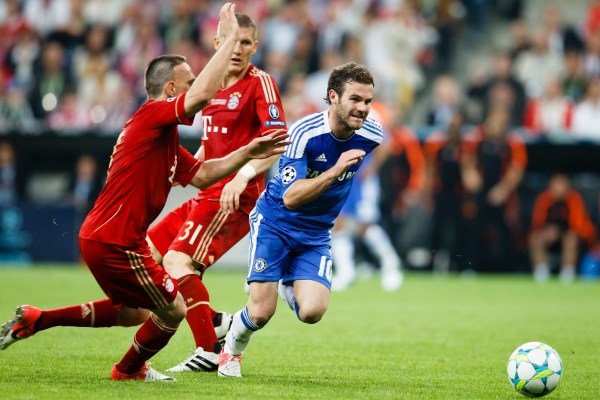 Germany’s top soccer (football) league, Bundesliga, announced today it is partnering with AWS to use artificial intelligence to enhance the fan experience during games.

Andreas Heyden, executive vice president for digital sports at the Deutsche Fußball Liga, the entity that runs Bundesliga, says that this could take many forms, depending on whether the fan is watching a broadcast of the game or interacting online.

“We try to use technology in a way to excite a fan more, to engage a fan more, to really take the fan experience to the next level, to show relevant stats at the relevant time through broadcasting, in apps and on the web to personalize the customer experience,” Heyden said.

This could involve delivering personalized content. “In times like this when attention spans are shrinking, when a user opens up the app the first message should be the most relevant message in that context in that time for the specific user,” he said.

It also can help provide advanced statistics to fans in real time, even going so far as to predict the probability of a goal being scored at any particular moment in a game that would have an impact on your team. Heyden thinks of it as telling a story with numbers, rather than reporting what happened after the fact.

“We want to, with the help of technology, tell stories that could not have been told without the technology. There’s no chance that a reporter could come up with a number of what the probability of a shot [scoring in a given moment]. AWS can,” he said.

Werner Vogels, CTO at Amazon, says this about using machine learning and other technologies on the AWS platform to add to the experience of watching the game, which should help attract younger fans, regardless of the sport. “All of these kind of augmented customer fan experiences are crucial in engaging a whole new generation of fans,” Vogels told TechCrunch.

He adds that this kind of experience simply wasn’t possible until recently because the technology didn’t exist. “These things were impossible five or 10 years ago, mostly because now with all the machine learning software, as well as how the [pace of technology] has accelerated at such a [rate] at AWS, we’re now able to do these things in real time for sports fans.”

Bundesliga is not just any football league. It is the second biggest in the world in terms of revenue, and boasts the highest stadium attendance of all football teams worldwide. Today’s announcement is an extension of an ongoing relationship between DFL and AWS, which started in 2015 when Heyden helped move the league’s operations to the cloud on AWS.

Heyden says that it’s not a coincidence he ended up using AWS instead of another cloud company. He has known Vogels (who also happens to be a huge soccer fan) for many years, and has been using AWS for more than a decade, even well before he joined the DFL. Today’s announcement is an extension of that long-term relationship.

Do trade shows still matter in the age of online business? – TechCrunch

Jack Hatton, a member of USA Judo and an Olympic hopeful, died days after...

This phone uses AI to block you taking naked selfies

Meet Qualcomm’s X60, the modem that will power 5G phones in...