Talk about a fashion BOW pas! Jennifer Lopez leads the list of worst-dressed stars at the Golden Globes in a voluminous Valentino frock – while Gwyneth Paltrow misses the mark in a sheer brown gown

Jennifer Lopez is expected to be the big winner of the night at the 77th annual Golden Globes – but the Hustlers star suffered a rather unexpected fail before even making it into the ceremony thanks to her baffling ensemble.

The 50-year-old made quite the statement as she arrived at the event, looking not unlike an over-the-top Christmas gift in her green, white, and gold gown.

As if the color scheme wasn’t festive enough, the voluminous dress also featured an enormous array of bow embellishments on the front, leaving the star looking as though she was set to be placed under a Christmas tree – not up on stage accepting a Best Support Actress award. 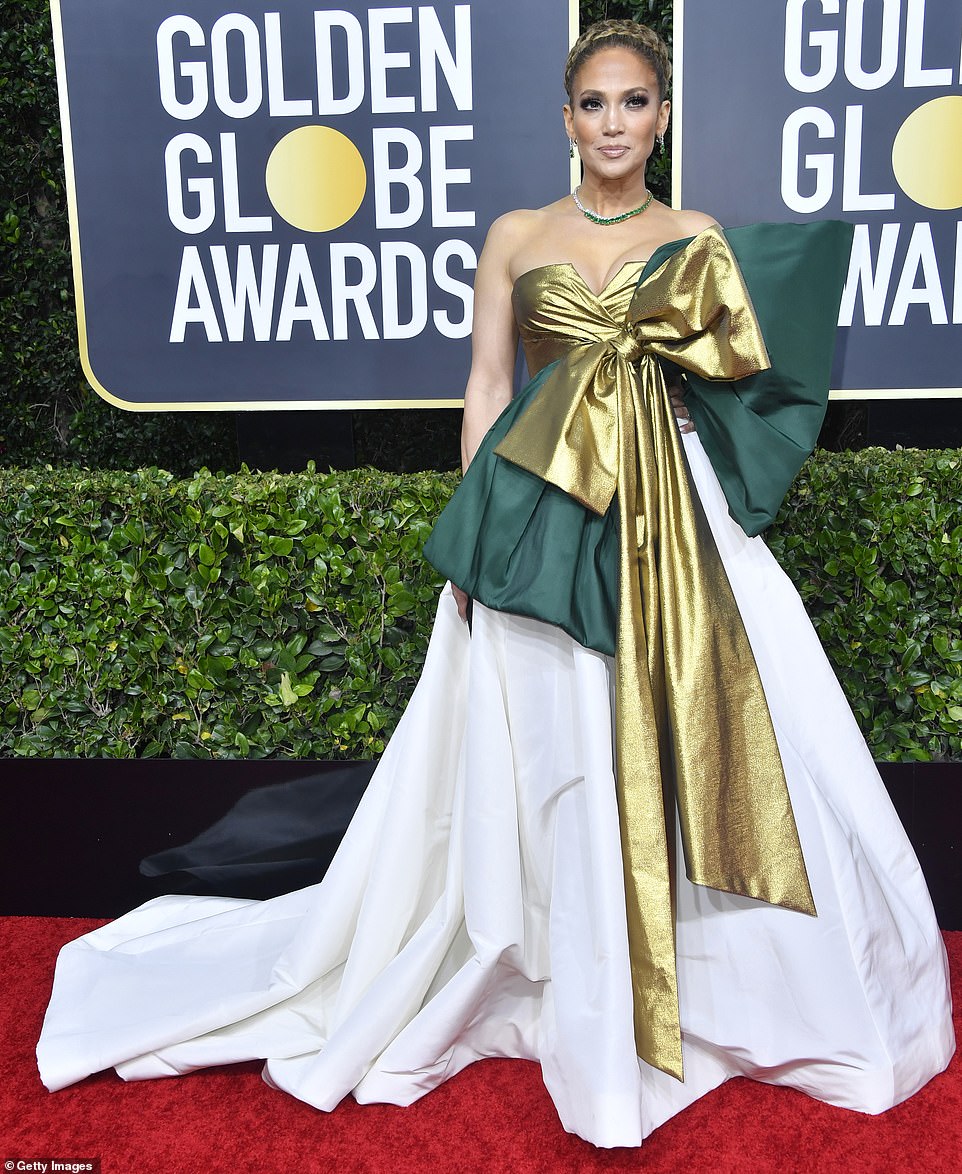 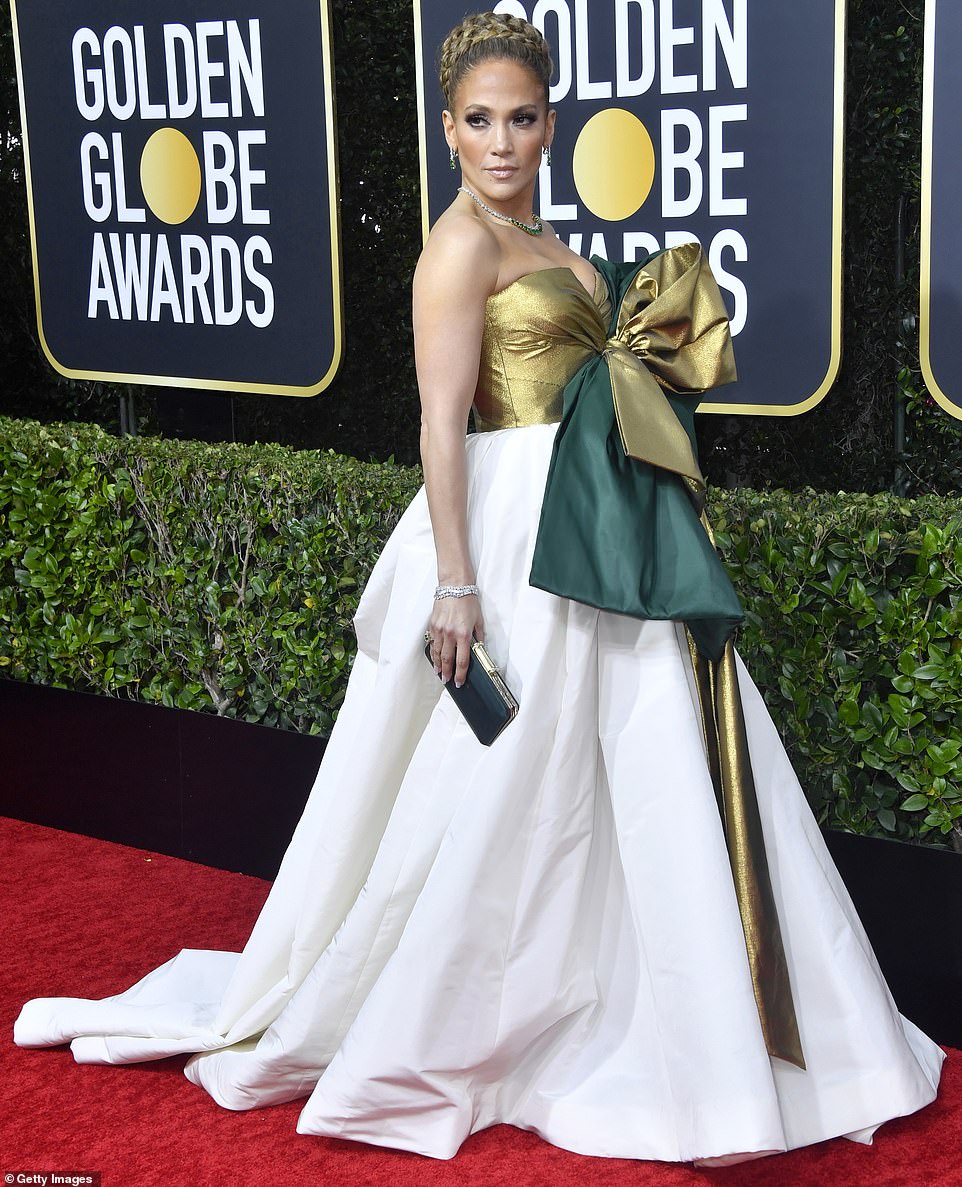 All wrapped up! J-Lo’s voluminous gold, green, and white Valentino dress left her looking like a Christmas gift that was waiting to be placed under the tree 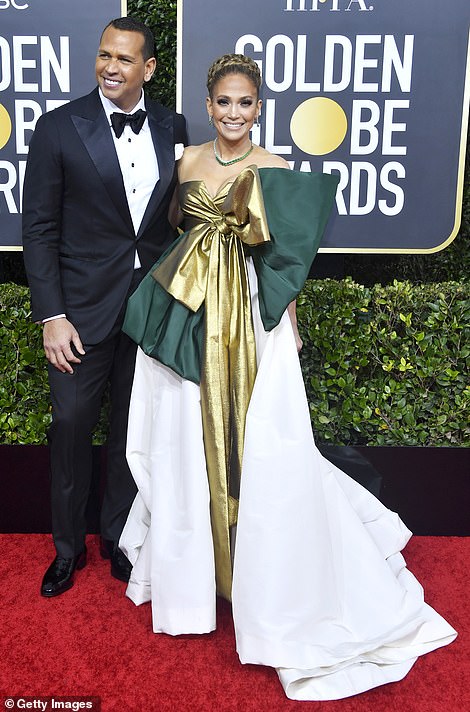 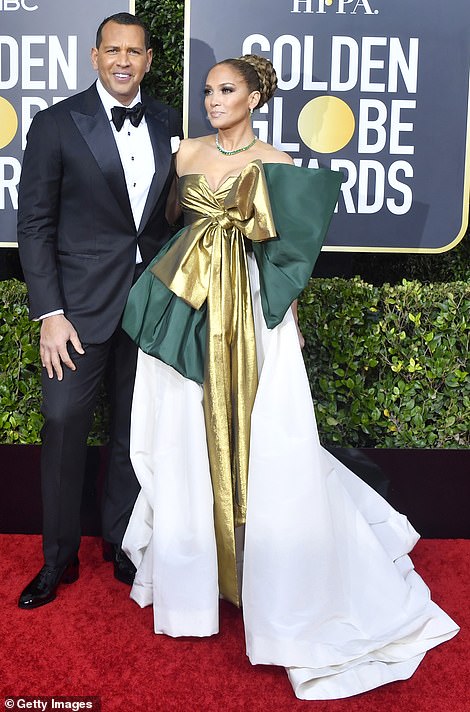 Partners: The 50-year-old actress, who is nominated for her role in Hustlers, attended the award ceremony with her fiance Alex Rodriguez, who proudly accompanied her on the red carpet 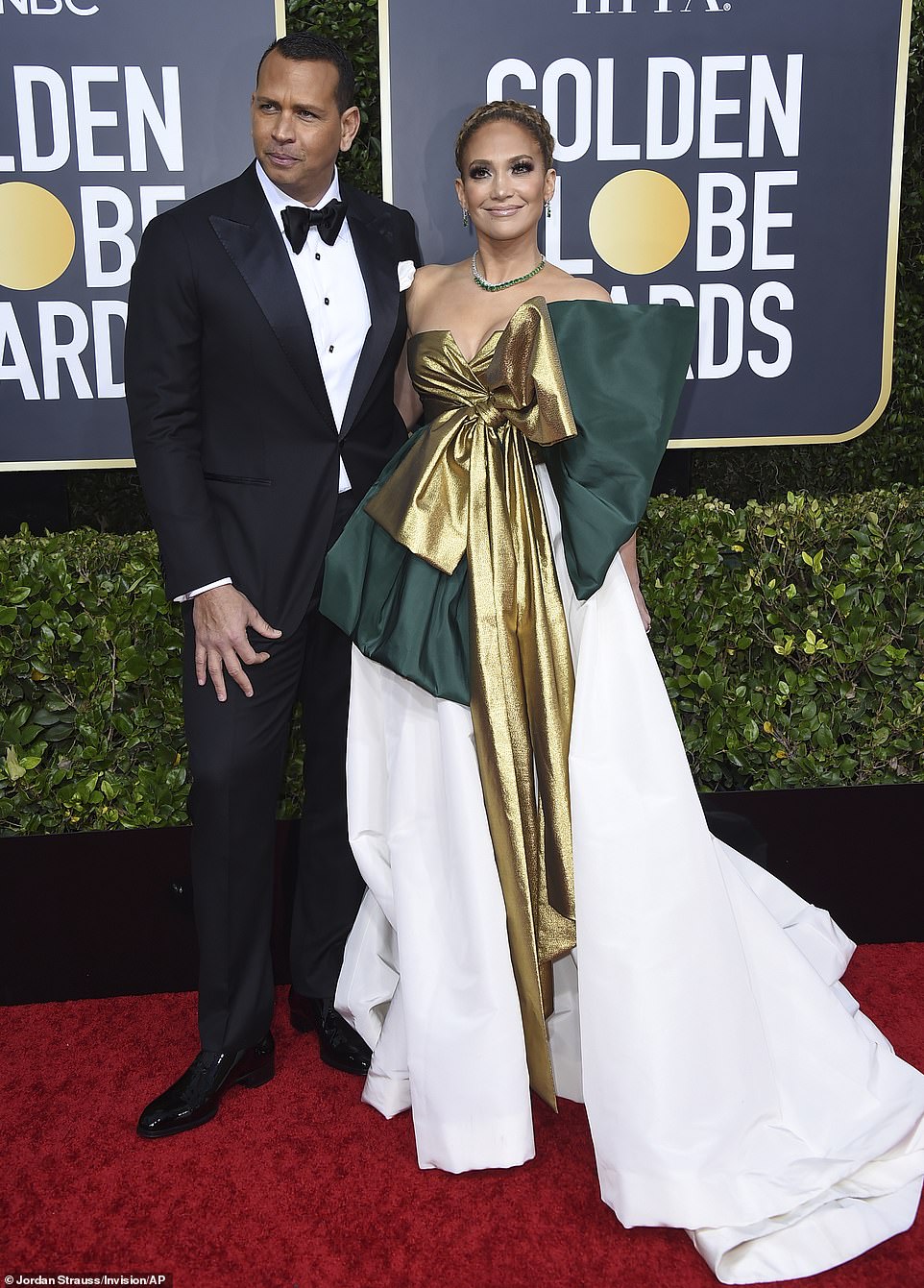 Classic: Unlike Jennifer, A-Rod went with a more understated, traditional look for the evening, sticking with a sharp tuxedo 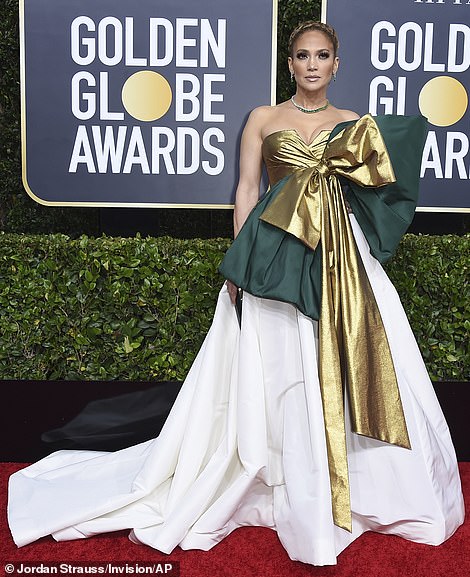 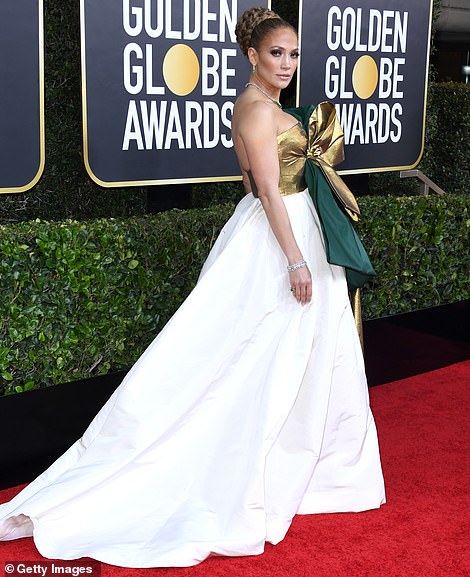 The bigger, the better? The dress featured not one, but two enormous bows – one of which had huge ribbons hanging down from the front of it

Despite the rather awkward fashion flop, Jennifer, who attended the award show with her fiance Alex Rodriguez, still managed to look incredibly glamorous thanks to her beautiful hair and makeup – and the incredible jewels dangling from her neck and ears. 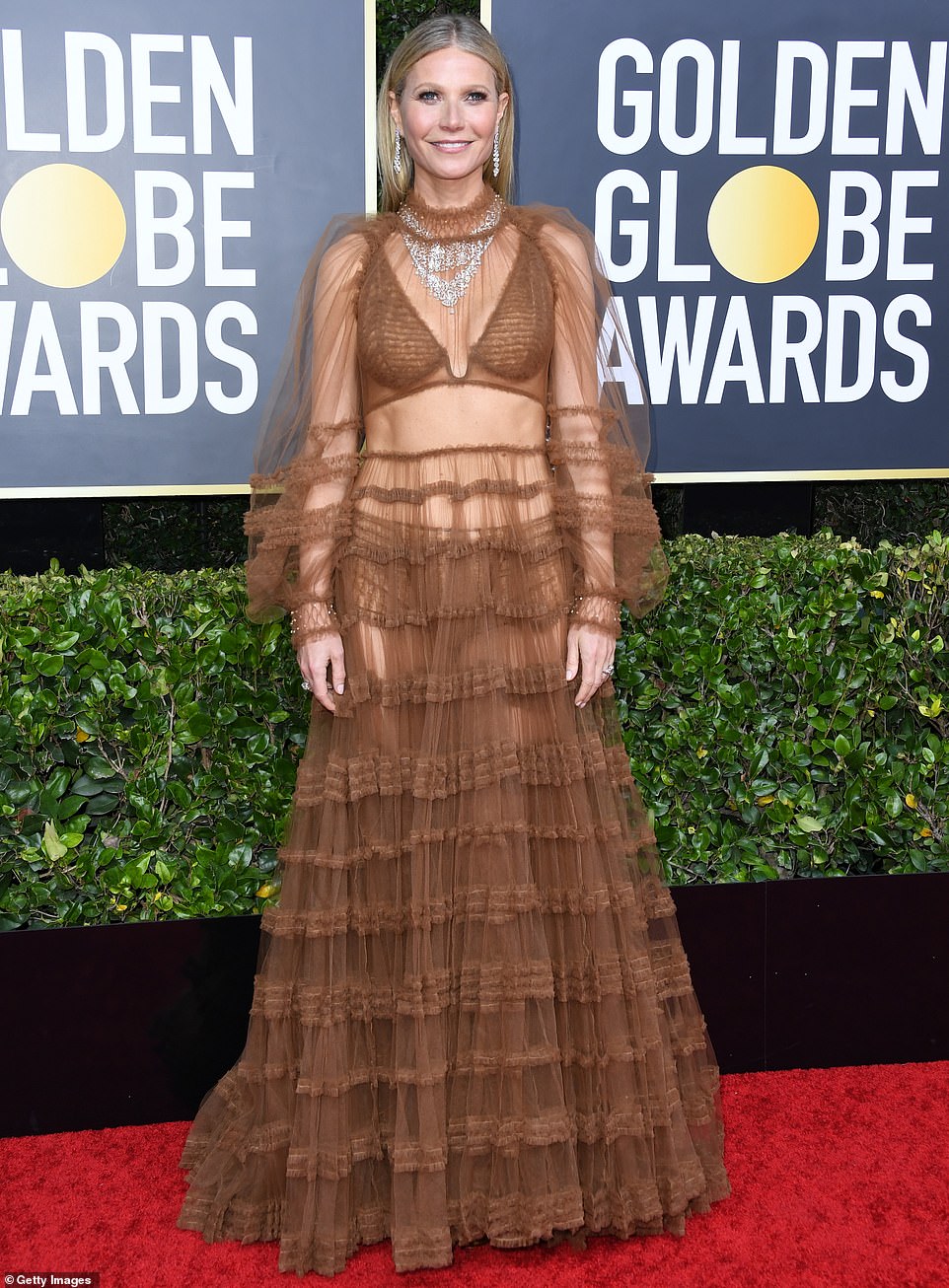 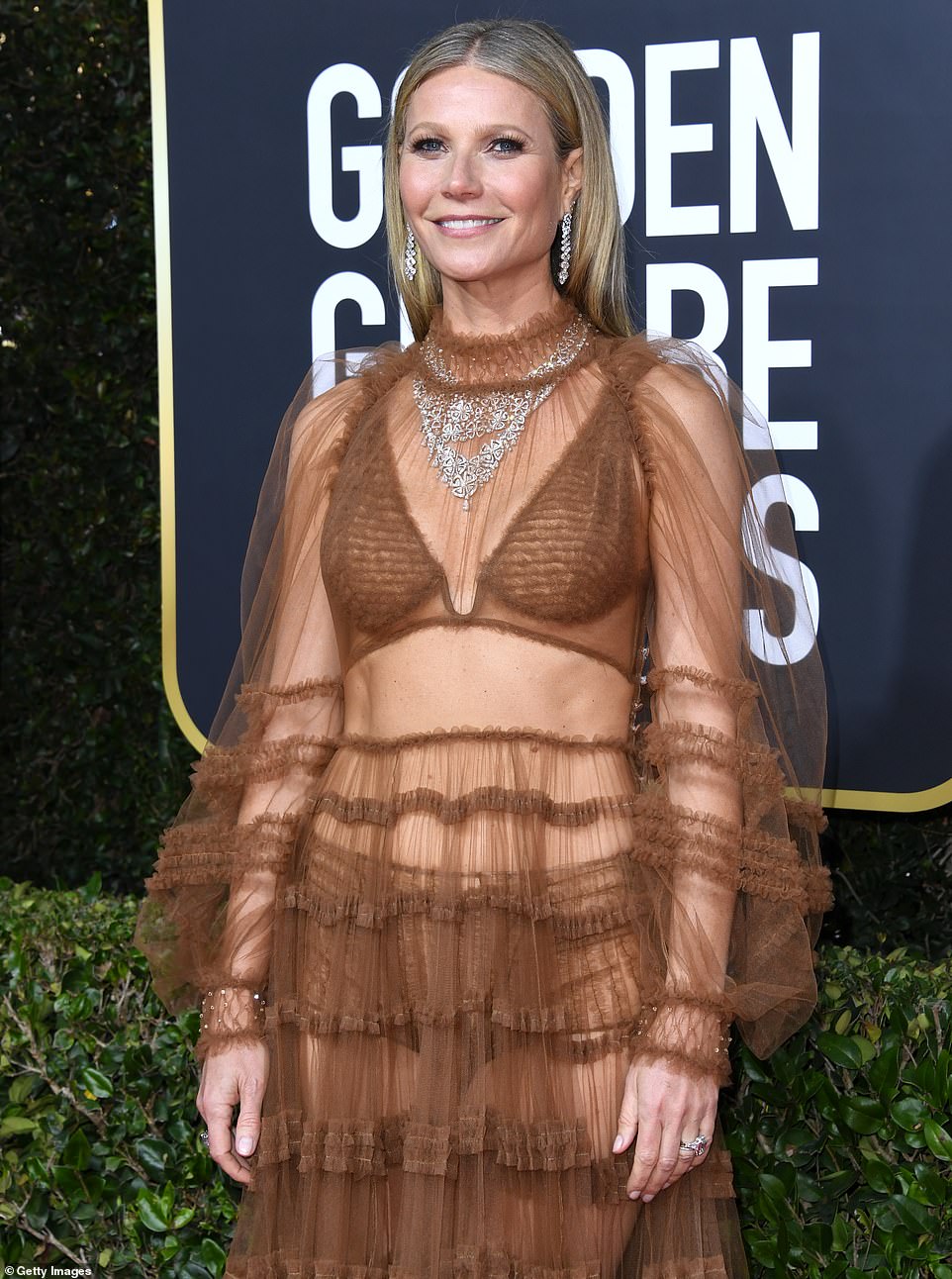 Barely there: The 47-year-old’s dress exposed her bra and her underpants, and featured a number of unflattering ruffles 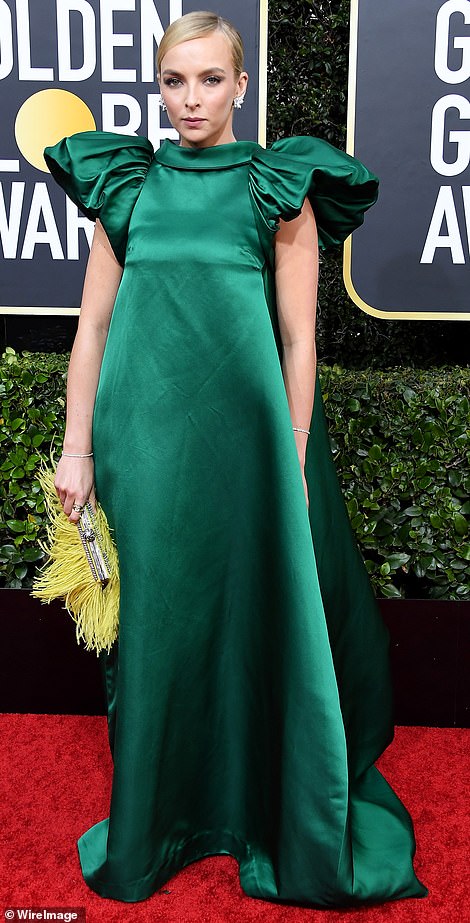 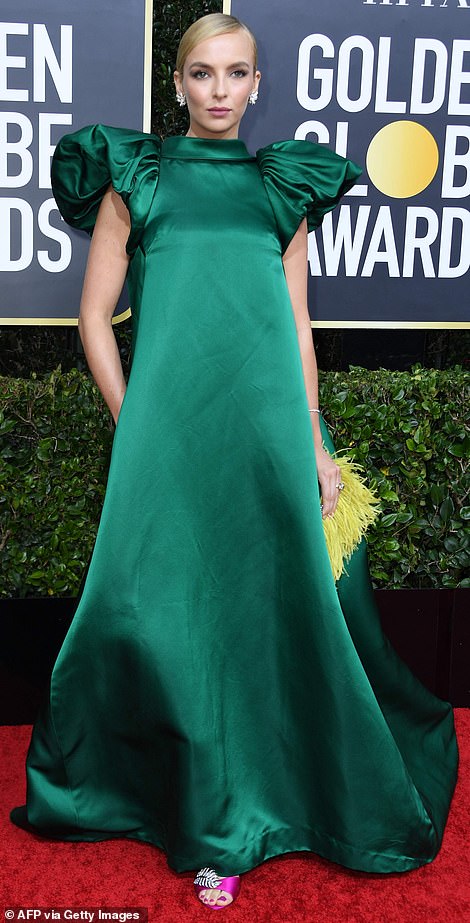 Green means go… back to your closet and change: Killing Eve star Jodie Comer joined J-Lo and Gwyneth at the top of the worst-dressed list in a billowing silk dress that swamped her frame 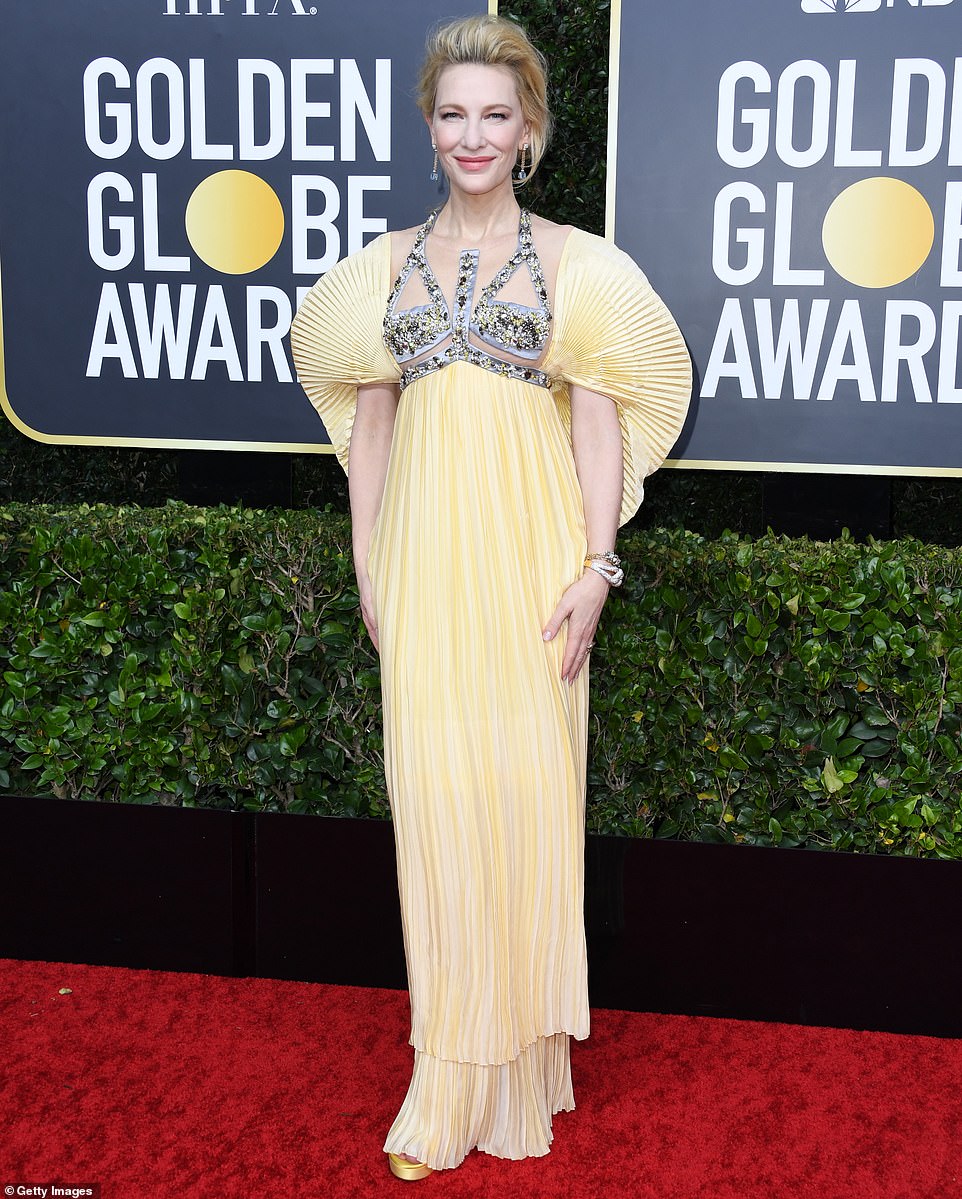 Cate: Queen of the Nile! Ms. Blanchett’s gown looked like something that would have once been worn by the Egyptian ruler

Tin Man? Lucy Boynton resembled the famed character from the Wizard of Oz when she arrived in a silver frock 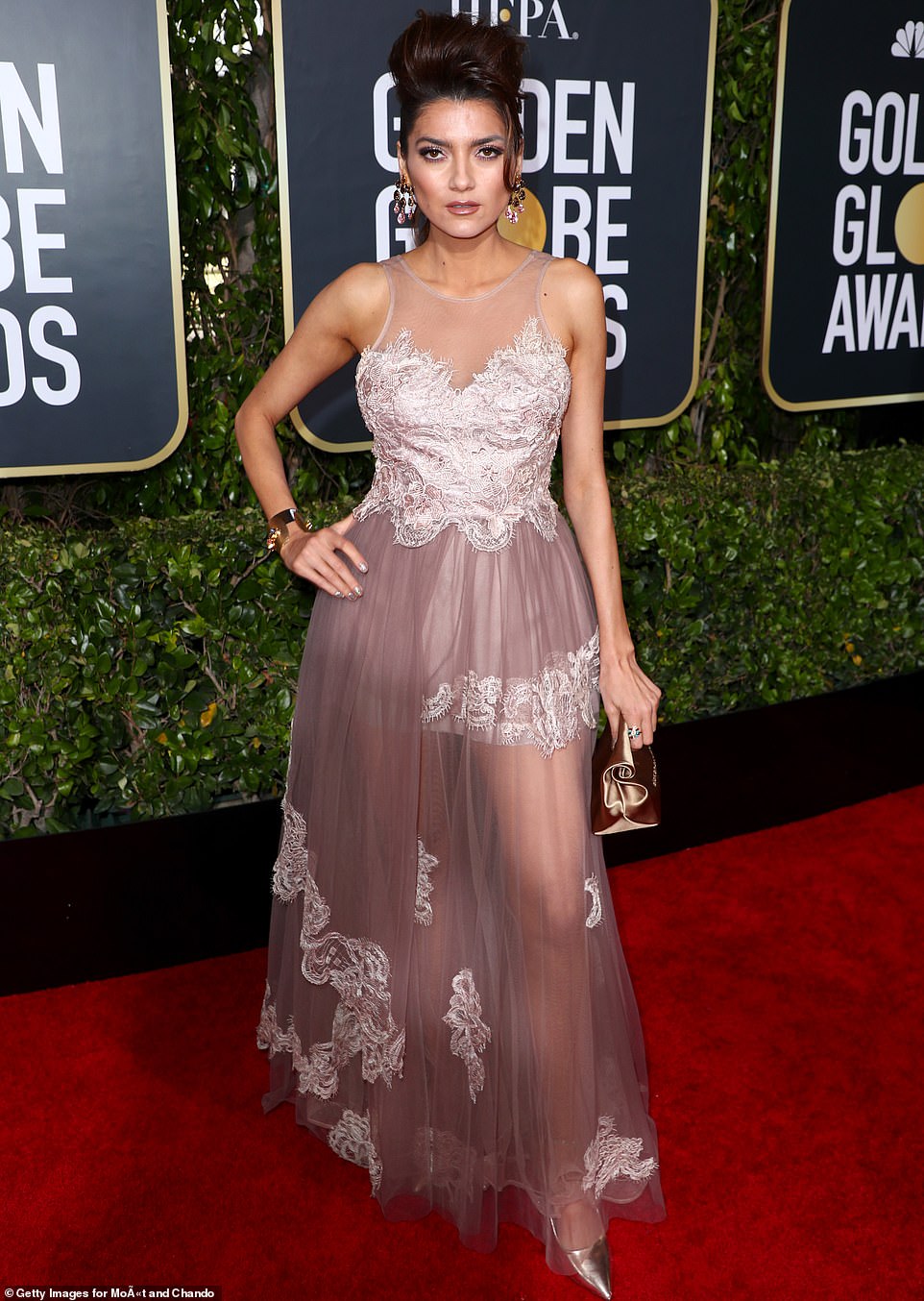 Funky: Actress Blanca Blanco was one of the earliest arrivals – and unfortunately she kicked off the red carpet on a rather drab and dreary note, wearing a bizarre dress that was both a mini skirt and a full length frock in one

Terrible trousers: Both Sangita Patel (left) and Jeannie Mai (right) missed the style mark with their rather ill-fitting ensembles

There’s less than an hour until the #NintendoDirectE3 presentation. What are you…

Go Beyond God of War With These Norse Mythology Books