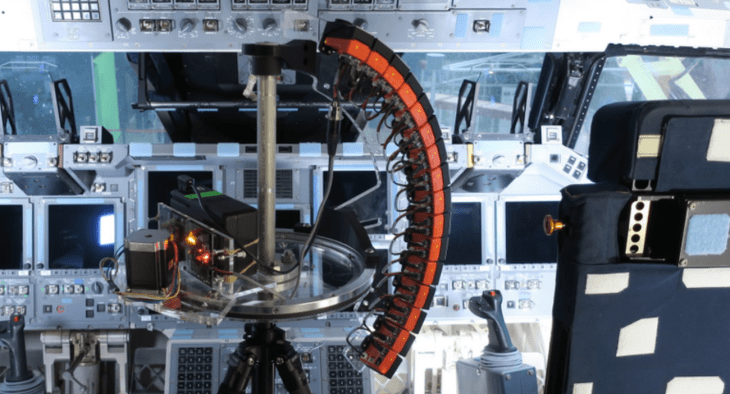 Lighting can make or break the right photo — when it comes to static environments inside virtual reality that users can move around in, this becomes exponentially more true.

Today, Google released a new app for VR devices focused on helping users make sense of “light fields.” They’ve also got a blog post running down some of the research work they’re doing.

Light fields — in a practical sense — are basically different perspectives of a point in space based on how that lighting looks from that angle. If you look at something like your phone screen, part of what makes it look realistic are how images reflect off of it. Most physical objects don’t offer so clear a mirror of the world around it, but even things like your own skin can have a dramatically different looking texture based on where your eyes are.

In a game engine-rendered world, if you have enough compute power you can reflect the hell out of everything to varying levels of success. When it comes to light fields based on real-world camera capture, companies like Google are using multiple cameras to capture multiple perspectives of objects and infer the perspectives between the lenses. With this you can get perspective of objects that move with you with lighting that changes as you move your head.

It’s a complicated way of saying that real-world scenarios look a lot more realistic and just… better. That’s just my take on it, but if you want to read more on how the Google sees Google’s new app, “Welcome to Light Fields” seeks to educate users on what exactly light fields are and how important the technology could be to unlocking more pleasant-feeling virtual reality experiences. The app seems to consist of a number of fairly simple scenarios where users can walk around and observe how light changes these environments.

The app is available for the HTC Vive, Oculus Rift and Windows Mixed Reality platforms. If you’re wondering why the company left out its own Daydream platform, it’s because you really need positional tracking in order to see what’s happening with light fields. Daydream will be gaining that tracking soon with the launch of Lenovo’s standalone 6DoF headset, but we’re still waiting on that one to go on sale.

Light fields present a number of technical issues for developers that go beyond just capturing them; chief among the issues is bandwidth. Light fields turn every file into a potentially massive endeavor to ship easily. For the photo environments Google seems to be playing with here, it’s still difficult enough, but video files that are just a few minutes long can stretch into the terabytes quite quickly, so there are clearly still some things to figure out here.

England will face Norway in the quarter-finals after a 3-0 win against Cameroon….