When cops arrived to the home where they found the corpse of missing Austin mom Heidi Broussard, they found her three-week-old child in a baby swing and her best friend Magen Fieramusca claiming the infant was hers.

Broussard, a 33-year-old mother from Austin, disappeared on December 12 with her three-week-old daughter Margot. Her body was found Thursday stuffed in the trunk of a car parked at her childhood friend Fieramusca’s home in Houston, 126 miles away.

On Friday an autopsy revealed the cause of Broussard’s death was ligature strangulation and the manner of death was ruled a homicide, according to the Harris County Medical Examiner’s Office.

Fieramusca told investigators that Margot, who was found alive and well, was her child. Neighbors and her former attorney said she appeared to be pregnant recently.

Officials are still waiting for official confirmation of the baby’s identity through DNA testing, but believe it is Margot, as per The Statesman.

Magen Rose Fieramusca, who also goes by Maygen or Megan Humprey, was arrested in connection to Broussard’s death and kidnapping on Thursday. 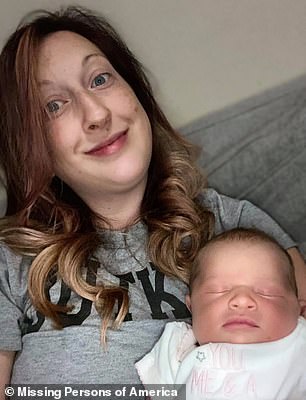 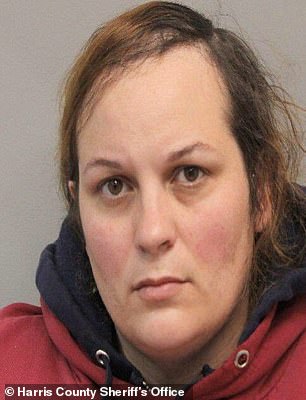 An autopsy has confirmed that the body found stuffed in the trunk of a car outside a Houston home is that of missing Austin mom Heidi Broussard (left) and she was killed by ligature strangulation. After the discovery of the body, Broussard’s close friend Magen Rose Fieramusca (right) was arrested in connection to her death in what appears to be a womb-raiding plot to kidnap Broussard’s newborn baby Margot 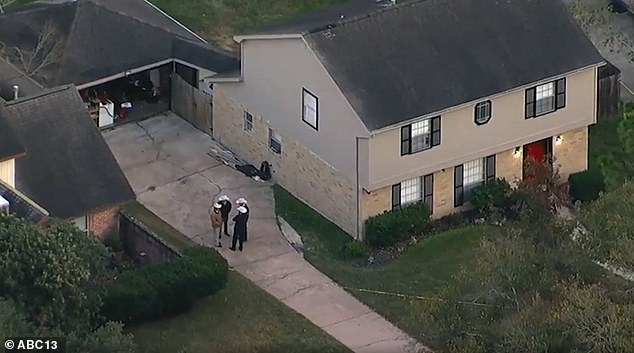 The 33-year-old mother disappeared on December 12 with her three-week-old daughter Margot. On Thursday a body suspected to be hers was found in the trunk of a car parked outside of a Northwest Houston area home. Inside investigators found a baby, believed to be Margot, alive and well 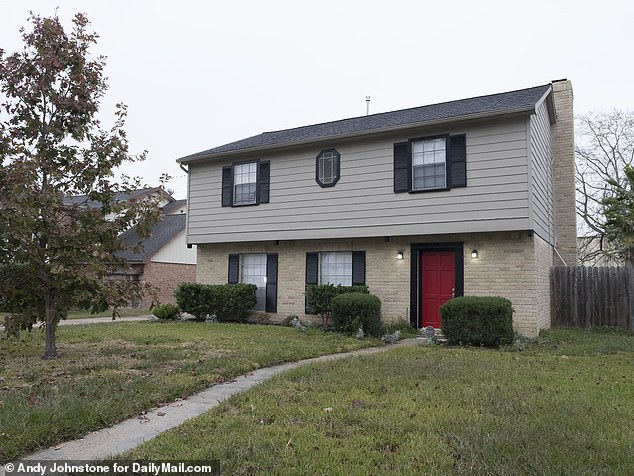 The Houston, Texas $199,000 four-bedroom property where the body of missing mom Heidi Broussard was found in the trunk of a car pictured above 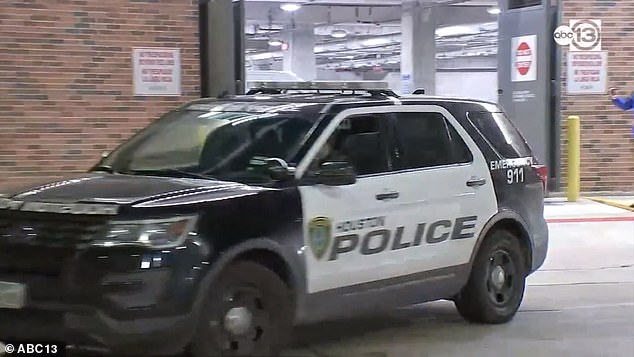 On Friday she was moved from Harris County Jail in an Austin Police Department vehicle around 6.30pm. She crouched down in the front seat of the police vehicle to avoid being seen as the car headed off, likely for Austin

Police announced Thursday they arrested and charged a woman with two counts of kidnapping and one count of tampering with a corpse – but did not confirm her identity. Harris County court records show that Fieramusca, 33, is a suspect in those crimes.

On Friday she was moved from Harris County Jail in an Austin Police Department vehicle around 6.30pm. She crouched down in the front seat of the police vehicle to avoid being seen as the car headed off, likely for Austin.

Additional charges could be filed now that the autopsy is complete. Fieramusca has not been charged with murder.

On Friday cops refused to disclose the suspect’s identity but said bond was set at $600,000.

A second person is reportedly in custody but has not yet been named.

Fieramusca was arrested after a tip led police to the Jersey Village Property where Broussard’s body was found in the trunk of a car parked there. That car was registered to Fieramusca.

On social media Broussard hailed Fieramusca as her best friend and gushed about their close friendship on Facebook. Fieramusca was reportedly with her at the hospital when she gave birth to baby Margot on November 26.

The two met at church camp when they were just 11 years old, according to KHOU11.

Law enforcement said Fieramusca pretended to be pregnant herself at the same time as Broussard and even set a fake due date for December 1 and had a Target baby registry with a man named Christopher Green – who DailyMail.com can reveal is actually her landlord.

A source now says Fieramusca was a womb-raider who was was secretly plotting to steal the baby throughout Broussard’s pregnancy, according to The Statesman. 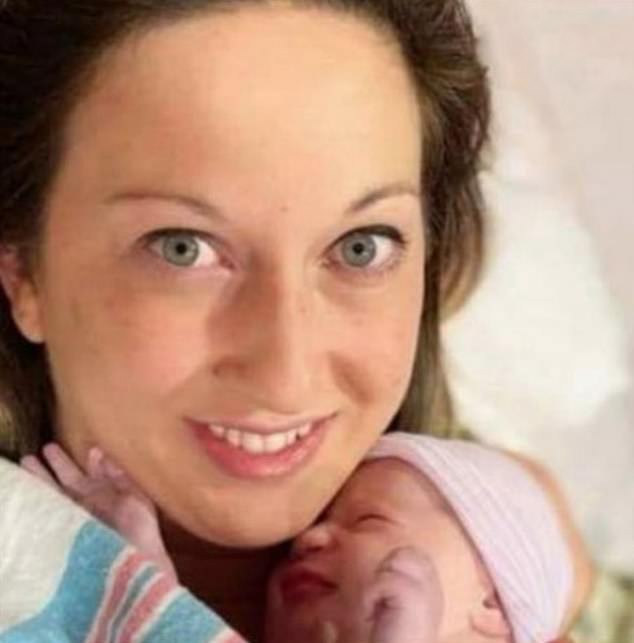 Heidi Broussard and three-week-old daughter Margot (above) went missing on December 12 last seen in their Austin home. Broussard’s body was found on December 19 outside a Houston home and her baby alive and well inside. They were reported missing by Heidi’s fiancé Shane Carey, the father of baby Margot 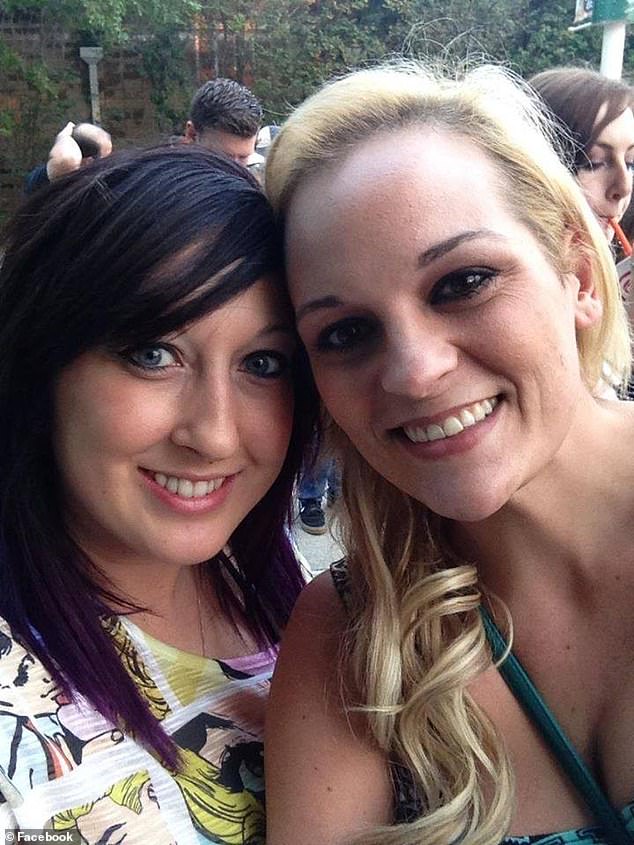 Heidi Broussard (left) pictured with Magen Fieramusca (right) who she said was her best friend on social media. Fieramusca was present for Broussard’s birth to baby Margot last month

Heidi Broussard and Margot vanished on December 12, last seen in their home in Austin, 165 miles away from where Broussard’s body was found near Houston.

They disappeared after dropping Broussard’s other child, six-year-old Silas, off at school.

Broussard’s fiancé Shane Carey had made desperate public pleas for them to come home.

Her parents Tammy and David Broussard, also made a plea for her to come home saying, ‘We miss all of them very much, and we want them home.’ 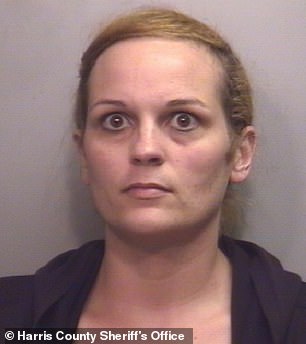 Fieramusca in a 2018 mugshot for theft

Video from Broussard’s apartment complex capture her getting into Fieramusca’s car willingly on December 12 with her daughter, according to ABC13.

Neighbors of Fieramusca said she lived in the Houston home with Christopher Green, who owned the residence.

Green, who was named on Humphrey’s baby register, is actually her landlord, DailyMail.com can disclose.

Green, 33, has owned the home since 2015. He has not been charged in connection to the case.

Speaking outside her Houston home, his mother Christine Green, 54, said her son had been renting the property to Humphrey for two years.

She dismissed any notion that his relationship with Fieramusca was closer than landlord and tenant and claimed she ‘had never paid rent’.

Asked if her son had been in a relationship with Fieramusca, who also went by Humphrey, she said: ‘No, she lived there. That was it. She never paid the rent. She was there for two years and never paid a thing.’

However, Green bailed out Fieramusca out of jail in 2018 after she was arrested for theft for allegedly stealing money from an Ace Express check cashing business where she worked as assistant manager. The case was dismissed for lack of evidence.

Green is thought to have no connection with Broussard and was not at the home when her body was discovered.

Photos exclusively obtained by DailyMail.com show the $199,000 four-bedroom property where the Broussard’s corpse was discovered.  Baby Margot was found ‘healthy’ inside and is currently in the care of Child Protective Services. 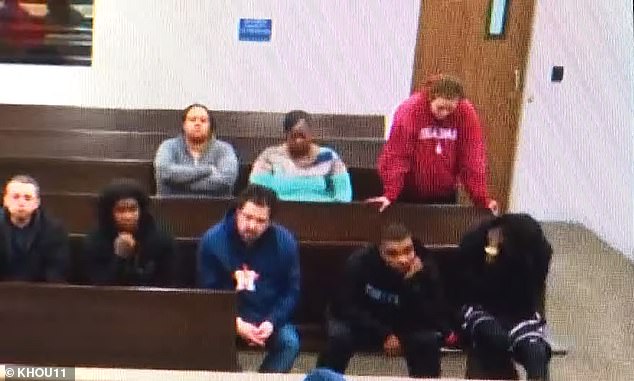 Magen Fieramusca, 33, was in court Friday where she answered to traffic tickets 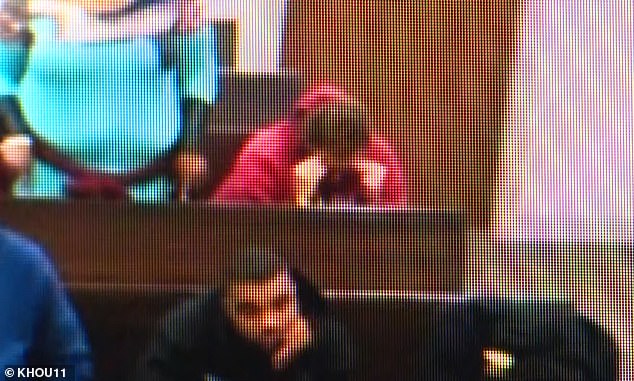 Fieramusca kept her head down in court on Friday 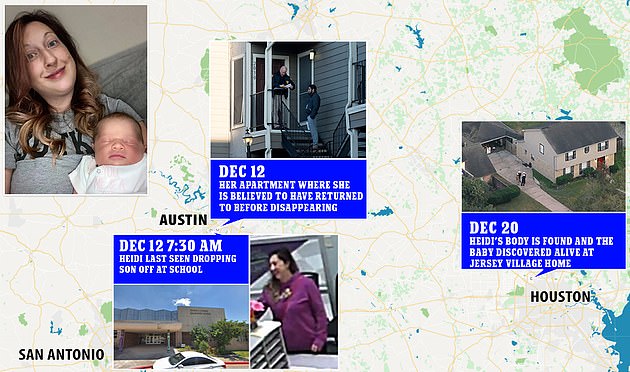 Heidi and baby Margot were reported missing by Carey, who is also Margot’s father, at 7.30pm on December 12

‘He’s a nice guy,’ a neighbor said of Green, adding they’ve lived in the home for 18 months.

Thursday’s discovery of the body and baby Margot was a breakthrough in the case that launched a massive search for the missing mother and child.

‘It’s been a horrible week here in Austin. We were hoping to find Heidi alive,’ FBI Special Agent in Charge Christopher Combs said in the press conference, adding it was a ‘heartbreaking development’.

Some who knew Fieramusca are shocked with the plot.

‘It didn’t seem like she was faking anything. She appeared to be doing what we call the “pregnant waddle,”‘ her court appointed attorney for a 2018 theft case Eric Devlin said.

Mentally she didn’t seem to be unstable either.

‘That is something that we are required to look at. If we have a concern about her mental health, we will have psych, have them evaluated in some way. I had no concerns whatsoever when I interacted with her,’ he added.

They last met in November, not long before baby Margot was born.

On Friday it was revealed that Broussard and her fiancé Shane Carey were actually struggling and she told friends he physically abused her, and sent them photos to prove it.

The images, which were obtained exclusively by DailyMail.com, reveal bruising to her arms and legs after a March 11 altercation that arose after she threatened to leave. 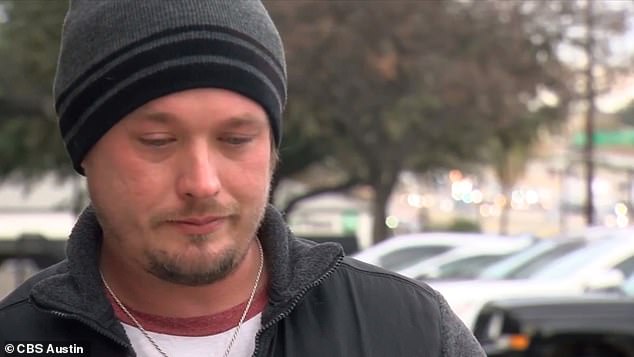 Carey, pictured, gave tearful TV interviews saying that he didn’t believe Heidi would leave on her own accord. He denied any involvement in the disappearance of his daughter and fiancée 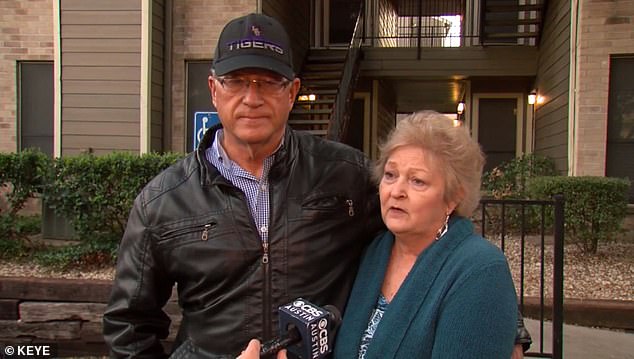 Heidi’s parents David and Tammy Broussard, pictured, previously made a tearful plea to find their daughter and granddaughter 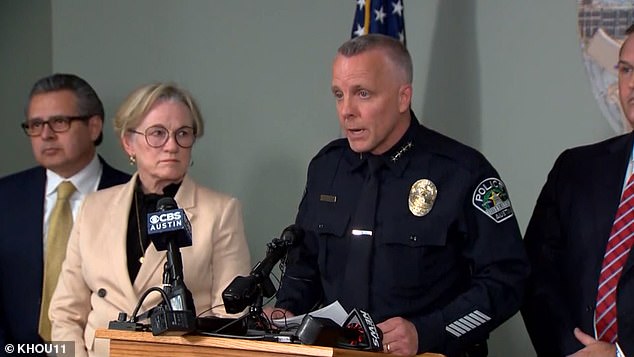 The arrest and charges of Fieramusca, though she was unnamed, was announced in a press conference

Nolte, 37, of Rhone, Texas, said: ‘She was going to leave quite a few times. We had everything prepared at our house to come and stay the last time but then she got pregnant with Margot and she decided to stay.

‘He always pulled the “I’m sorry, I won’t do it anymore, I’ll stop drinking” promises and she kept hoping he’d keep them.’

Carey reported Broussard missing after returning home at 2pm, only to find the apartment empty. He said there was no sign of a struggle.

But neighbors claimed to have heard a muffled argument shortly after 1pm. Alan G, who asked not to use his full name, said he heard the sound of an altercation after returning home from his job that afternoon.

The barista told DailyMail.com: ‘It was definitely after 1. I heard noises that sounded like an argument coming through the wall.’

Alan, who lives in the neighboring apartment, added: ‘I didn’t really know them very well – I would see them on the stairs and out walking the dog but that was it…We didn’t really talk much.’

The Austin Police Department would not comment further on the timeline when approached by DailyMail.com.

On Friday Fieramusca appeared in probable cause court where she pleaded no contest to six traffic related tickets and was found guilty. Later on Friday bond amounts were set for her charges in connection to Broussard’s murder and Margot’s kidnapping.

The investigation is ongoing.

The next big things in home-theater: Dolby Atmos and DTS:X explained

Why I spent a bundle on a Wi-Fi 6 router for my work-from-home setup:...