A Holocaust survivor interrupted the trial of a former guard at a Nazi concentration camp to hug the defendant and ‘forgive him’.

Bruno Dey, a 93-year-old ex-guard at the Stutthof camp, is charged with being an accessory to the murders of 5,230 people.

Peter Loth, who was a child when he was held at the death camp in modern day Gdansk, Poland, made the gesture to the former SS-watchman during a hearing in Hamburg last week.

The 76-year-old walked up to Dey and said, ‘watch out everyone, I’m going to forgive him’, before embracing the defendant.

Both men were brought to tears, Loth later said, according to Israeli newspaper Arutz Sheva.

Loth, who now lives in Florida, is a co-plaintiff in the case that began last month. 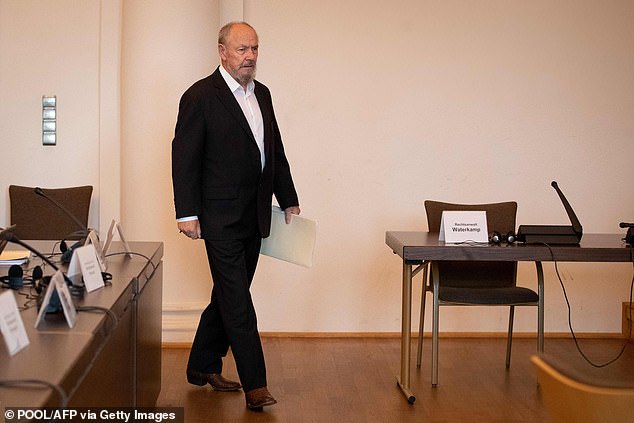 Joint plaintiff Peter Loth, who now lives in the US, arriving at the courtroom for a hearing in the trial of the 93-year-old former SS-watchman at the Stutthof concentration camp last Tuesday 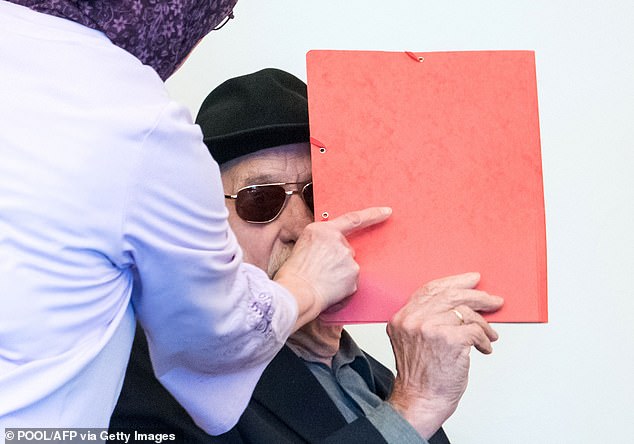 Former SS guard Bruno Dey was hugged by a 76-year-old plaintiff who was a child in the Stutthof Nazi concentration camp during World War II. He is pictured (above) during an earlier hearing

Despite his age, Dey is being tried in youth court because he was 17 when he started serving at Stutthof and so is being treated as a juvenile under German law.

He faces a possible six months to 10 years in prison if convicted and there are no consecutive sentences in the German legal system.

Dey served as an SS Private at the camp towards the end of the Second World War, between August 1944 and April 1945.

The SS guard told the court at an earlier hearing he saw prisoners being led into the gas chamber, followed by screaming and banging sounds behind the locked door.

But despite what he saw, Dey claimed he ‘didn’t know that they were being gassed’ because they did not resist.

When he was asked by the presiding judge last month what exactly he saw from his sentry’s watchtower, Dey replied: ‘That people were led in, into the gas chamber, that the door was locked.’ 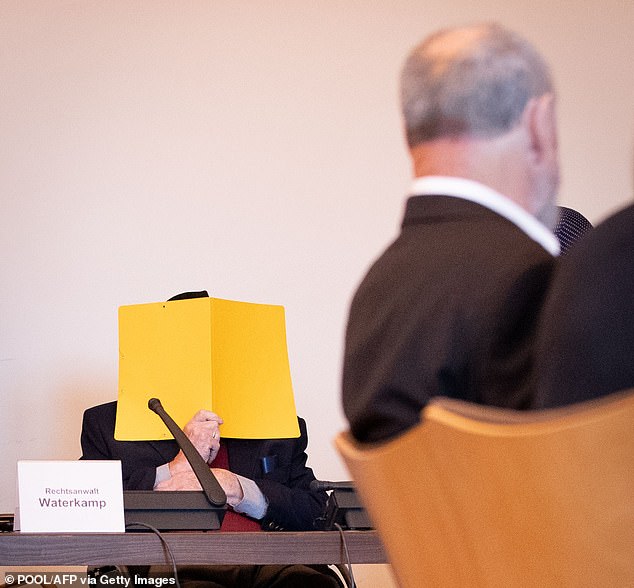 The 93-year-old former SS-watchman at the Stutthof concentration camp hiding his face before a hearing in his trial last week. Peter Loth (right) can be seen looking in his direction 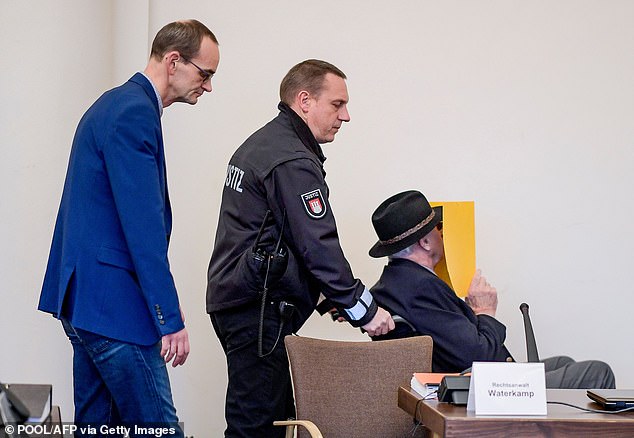 As a guard, Dey said he was frequently assigned to watch over prisoner labour crews working outside the camp.

But he said he never fired his weapon and once allowed a group to smuggle meat from a dead horse they discovered back to the camp.

Though there is no evidence Dey was involved in a specific killing at the camp near Danzig, today the Polish city of Gdansk, prosecutors argue that as a guard he helped the camp function.

He previously apologised to the victims, saying he had been posted there unwillingly after being deemed unfit for combat duty due to a heart ailment.

Under questioning from Loth, which was allowed by the court, Dey repeated that he did not volunteer to be sent to Stutthof. 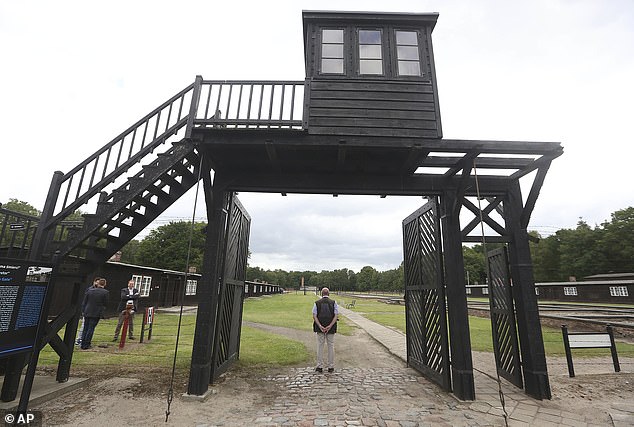 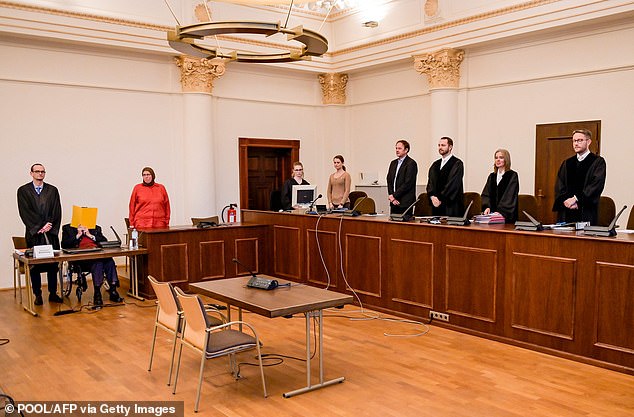 Dey (second left covering his face with a yellow folder) is charged with being an accessory to the murder of 5,230 people

According to an interpreter, Loth asked Dey’s forgiveness for having been angry and filled with hate, Arutz Sheva reports.

Stutthof was the first Nazi concentration camp set up outside German borders in World War II, and was in operation from September 1939, and was the last camp liberated by the Aliies in May 1945.

Between 63,000 and 65,000 prisoners at Stutthof concentration camp and its subcamps died as a result of murder, extreme labour conditions and lack of medical care.

In 2015 a survivor of Auschwitz publicly forgave a former guard during his trial and urged him to denounce neo-Nazi activity.

Eva Kor, a Romanian-born US citizen who died in July at 85, made the pleas to Oskar Groening, who was known as ‘The Bookkeeper of Auschwitz’.

He was sentenced to four years in jail but died last year aged 96 before he was to due to begin his sentence.

Star Wars: The Rise of Skywalker review — Everything you could ask for, except...

Update: Conor Lamb declared victory in the Pennsylvania House race, but the @AP …

Google’s new Android TV dongle is for developers only – TechCrunch