Home Depot Inc. executives claim organized criminals fueled by the opioid epidemic are stealing millions of dollars worth of goods from retailers and storing them in warehouses.

The thefts, referred to as ‘shrink’ by retailers, has become so pervasive that it will effectively narrow the company’s operating profits next year.

‘This is happening everywhere in retail. We think this ties to the opioid crisis, but we’re not positive about that,’ Chief Executive Craig Menear said during a meeting with investors and analysts. 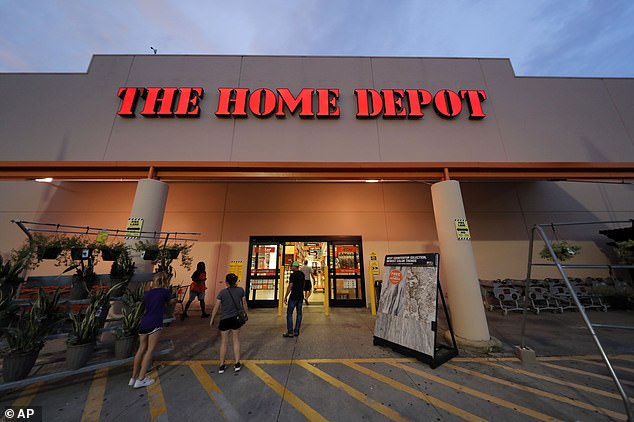 Home Depot Inc., said that organized criminals are stealing millions in goods and have affected profit margins for the next year

The Los Angeles Times reports that Home Depot’s revelation is one of the first instances a major US retailer has specifically singled out the opioid epidemic as a player in their financial success. 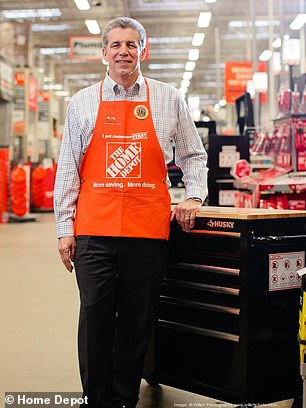 Meanear (pictured): ‘This is happening everywhere in retail. We think this ties to the opioid crisis, but we’re not positive about that’

The White House took a public stance on the opioid epidemic when President Donald Trump declared it a public health emergency in October 2017.

Despite efforts to combat the number of American’s affected by the epidemic, several citizens still struggle with the addictive drug.

The National Retail Federation reports that retailers lose around $51 billion in profits from shrink annually and more than two-thirds of retailers saw an increase of ‘organized retail crime activity’ in 2019.

NRF clarifies that while robbery makes up the largest financial loss per incident, the act is comparatively low against shoplifting and organized retail crime.

The majority of retailers have installed security systems inside stores to combat theft, but the addictive nature of opioids combined with easier ways to sell stolen goods online has emboldened criminals.

Ann-Marie Campbell, Home Depot’s executive vice president of U.S. stores said the company has to be sharp-eyed when tackling this issue.

‘We have to be vigilant about it. We have initiated several pilots to reduce shrink across the board,’ she said. 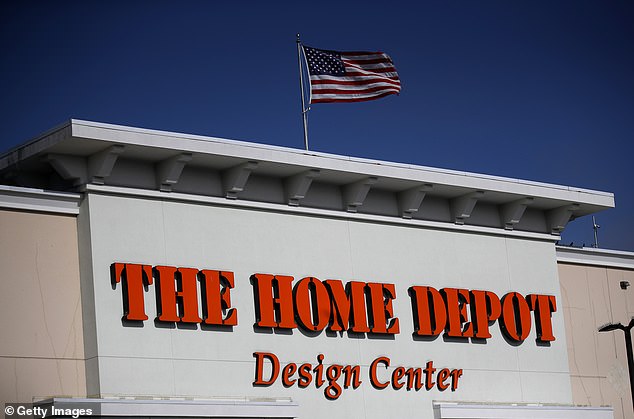 Campbell: ‘We have to be vigilant about it. We have initiated several pilots to reduce shrink across the board’

Executives described one occasion when thieves in Rochester, New York, were caught with $16.5 million in stolen goods – including $1.4 million from Home Depot.

Subsequently, the Georgia-based company is using technology, like machine learning, to anticipate where criminals will strike next.

They’ve also installed technology that stop power tools from working unless it goes through the retailer’s point-of-sale, in addition to collaborating with law enforcement and removing valuable items off sale floors.

In 2020, Home Depot’s profit margin is expected to fall to 14 percent, compared to 14.5 percent in the third quarter, because of the thefts’ impact.

The company’s forecast caused their share to fall around 2.5 percent on Wednesday, but they believe the setback will begin to lessen after 2020. Pictured: United States Department of Health and Human Services released a data poster related to the opioid use

Following the Opioid Epidemic’s announcement, the Trump administration unveiled a three-part initiative in 2018.

The administration says that they’ve secured $6billion over two years to fight opioid abuse, as well as the Safer Prescribing Plan that was predicted to cut cut prescriptions fills by one-third within three years.

According to the United States Department of Health and Human Services, a 2019 survey found that 2million people misused opioids for the first time.

The HHS found that 15,349 deaths were attributed to overdosing on heroine and 32,656 deaths were related to synthetic opioids other than methadone.

Black Friday 2019: Here Are the Best Deals You Can Still Get

The @ChampionsLeague is back! But who’s going to win it? #UCL …

Silicon Valley needs a new approach to studying ethics now more than ever –...