The best group chat ever.

Brooklyn Nine-Nine has brought an amazing group of celebrities together.

Following the show’s cancellation, Mark Hamill, Lin-Manuel Miranda, Guillermo del Toro, Sean Astin, Seth Myers, and series star Melissa Fumero campaigned to bring back it back. Their shared love for Brooklyn Nine-Nine somehow got them on a group chat together since the show’s revival.

Check out some of their tweets about the group chat below. 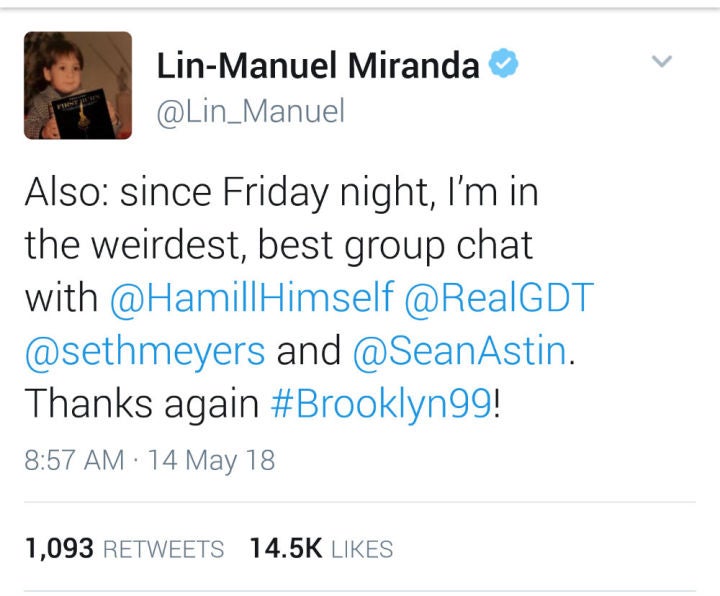 NBC quickly picked up Brooklyn Nine-Nine for Season 6 after its cancellation at Fox. There’s no word yet when the new season will premiere.

Why these ‘healthy’ alternatives are NOT better for you, nutritionists warn

The right music can soothe your savage beast, err cat

Venus and the moon will do a celestial tango this week