Hash and Tag Media
Home Tech HTC is looking for a savior in VR, but it won’t find...

Times are certainly tight at HTC, but their plays in the consumer VR market are starting to look like Hail Marys.

The company’s central VR platform play, their Viveport subscription product is regarded by a lot of people I’ve talked to as little more than bloatware, while their newest product, the Vive Pro, is an impressive piece of tech with a price tag that serves as a middle finger to the company’s fans.

Today, HTC announced that it would be bundling previous generation controllers and sensors with the Vive Pro for an additional $299, bringing the all-in price for consumers to a mind-boggling $1098 for a system that’s only mildly better than its competitors.

HTC had a sort of first-to-market advantage with the Vive, but its playing in a space where the potential victors are eyeing the spoils with telescopes. Competing in the US with Google and Facebook and Microsoft is a startling task, but companies that have succeeded have been able to do so because they are incredibly nimble. HTC is a clear underdog, but as more pressure has been put on its VR arm to save the company and deliver meaningful returns now, it’s clear that it doesn’t have much to offer. 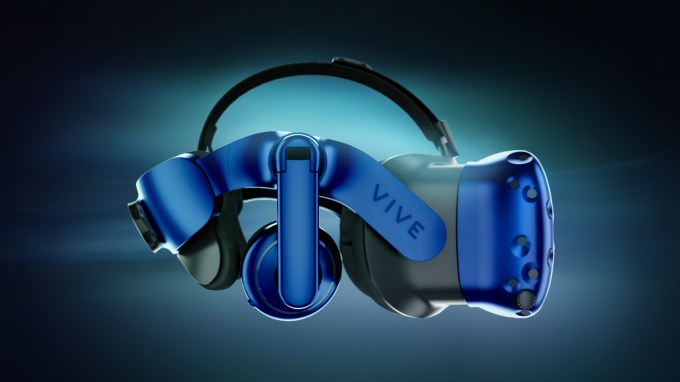 The company is fresh off another awful quarterly earnings report, where it made clear that it was making some strategy changes in its VR and smartphone businesses.

Following a strategic business review aimed at optimizing its teams and processes — both for smartphones and VR — it also says it now has “a series of measures in place to enable stronger execution”, and is touting fresh innovations coming across its markets this year.

The company sold a chunk of its smartphone business to Google for $1.1 billion earlier this year and the company plans to pump that money back into “greater investment in emerging technologies.”

The company certainly has had a tough challenge competing with a deep-pocketed competitor like Facebook which really has no interest in hardware margins and has already invested and pledged funds into its VR ambitions that equal HTC’s market cap several times over.

HTC’s recent moves seems to be aiming more towards a market Facebook wouldn’t serve, which in this case is the super high-end. The thing is, the Vive Pro isn’t even that high-end, the screen resolution bump is already available on the $499 Samsung Odyssey. The Vive Pro is probably the best VR headset available now, but given the competition, it’s a premium I’d maybe pay $599 for, especially noting how much better the Oculus Touch controllers are compared to the dated Vive wands.

Here’s the field at the moment (high-end PC costs not included):

If HTC wanted to sell this as a tool for professionals, that would have been fine, but HTC had already built a more expensive “enterprise edition” of the Vive. They should have done the same here, bundled it with SteamVR 2.0 tracking and sold it at an exorbitant price marketed solely towards enterprise customers who could use the giant tracking area afforded by Valve’s new tech advances. Then they could’ve sold this Vive Pro “consumer edition” at an all-in price that was still too expensive at like $799 with a lower headset-only price. If they can’t afford to do that, then they clearly are aiming to sell this thing to more consumers than reality will allow. 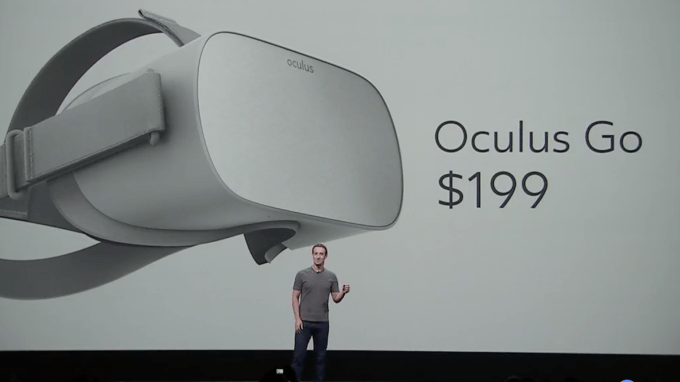 The one thing holding most consumers to the Vive isn’t the HTC hardware or the company’s Viveport subscription, it’s Valve’s SteamVR tech which is the gold standard in high-end VR for accurately determining the position of the headset and controllers. It’s only one piece of the puzzle, but for VR enthusiasts it’s the Vive’s secret sauce. That’s not great for HTC which does not have an exclusive relationship with Valve. It’s left the company looking to distance themselves from Valve with their Viveport store which seems like an incredibly difficult sell to both consumers and developers right now.

The company isn’t just looking at PC VR though. The company also released a Vive Focus standalone headset to the Chinese market. But after canning its plans to release the headset on Daydream in the US, it seems that HTC is chasing markets outside China after all. That move that offers some separation between HTC and Valve, but would leave them fending for themselves on mobile hardware that has a wirelessly tracked headset but no tracked controllers. Facebook is likely releasing its non-tracked Oculus Go headset in the next few months for $199, while it has already begun getting tracked “Santa Cruz” headset dev kits out.

It’s hard enough to succeed in the VR market when you’re not worried about making money, and that’s not exactly a recipe to thrive for a company trying to find the road to recovery. The company’s latest efforts show that it wants to speed up the timelines for its VR business to begin earning back its investment, but I suspect that in the fragile market, it will only serve to alienate consumers. HTC wants “emerging tech” to lead it out of gutter, but virtual reality is too much of a long-game technology for a company that is in desperate need of some short-term answers.

Anything less than nationwide vote by mail is electoral sabotage – TechCrunch

The best smart thermostats of 2019

Twenty killed and more than two million forced to stay in shelters as Cyclone...