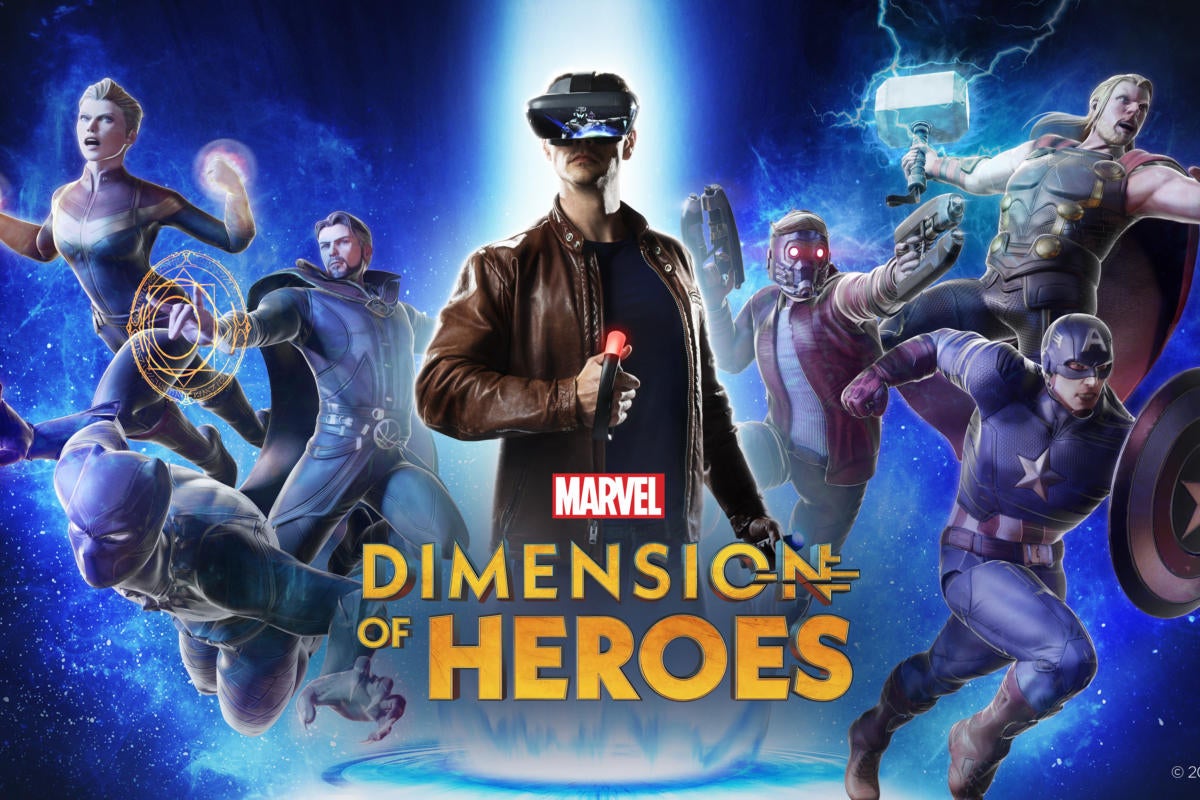 Two years ago, Lenovo teamed up with Disney to launch an augmented-reality version of Star Wars, known as Star Wars: Jedi Challenges. Today, Disney’s offering its other blockbuster franchise, Marvel, a chance at AR with Marvel Dimension of Heroes.

What’s new in Dimension of Heroes is that the game uses not one, but two controllers. Instead of wielding a single lightsaber, you’ll have the chance to use a pair of new dual Universal Controllers to “command” the reality-altering spells of Doctor Strange, for example, using both hands.

Marvel Dimension of Heroes allows players to take the role of one of six Marvel heroes: Captain America, Thor, Black Panther, Doctor Strange, Captain Marvel, or Star-Lord. You’ll have three modes from which to choose. Story Mode puts the user in each hero’s role, battling Dormammu, Lord of the Dark Dimension, who launches a surprise attack on Earth with the assistance of Loki, Ronan the Accuser, Ultron Prime and the Winter Soldier. Survival Mode lets you fend off waves of enemies, putting up high scores on the online leaderboards. There’s even a co-op mode, where a friend (with their own system and controllers, and on the same Wi-Fi network) can play alongside you.

It’s not cheap: The entire system costs $249.99, though it’s available today from Amazon and Lenovo.com. (The system sold alongside Star Wars: Jedi Challenges cost $200.) For the price, however, you’ll receive the full hardware kit plus the Marvel Dimension of Heroes game, which can be downloaded onto a smartphone. You’ll also be able to play the original Star Wars: Jedi Challenges game, which will receive a free update to allow you to play the game with the new Universal Controllers.

Recall that the original Star Wars: Jedi Challenges used what Lenovo called its Mirage AR headset, a passive device that was powered by a compatible smartphone. Jedi Challenges asked players to hold a single “lightsaber” and complete various adventures. Dimension of Heroes also requires a smartphone to project the augmented display upon the visor, as well as interact with the two Universal Controllers. As with Jedi Challenges, the controllers are “tracked” relative to a standalone tracking beacon, while the headset’s inside-out positional tracking is enabled through a pair of on-board fish-eye sensors.

Each controller has a control button, which in the game triggers different actions depending upon whether it’s pressed once or held. According to Lenovo, mixing and matching various gestures and button presses will enable different combinations of spells, weapons, and powers.

Is Marvel Dimension of Heroes worth the expense? Probably. We liked the original Star Wars experience quite a bit, and with both the Marvel and Star Wars universes available in the latest hardware, the value has only increased.

Do you need a new power supply for Nvidia’s GeForce RTX 3080?

When mum gets dad’s car wrapped for Valentines Day 🚗❤️

RT @tictoc: ️ Feeling exhausted and negative about your job? Chances are you may…

The 10th #DemDebate did not include a single question about the climate crisis. …