By Sophie Tanno For Mailonline

A man locked in a court battle with his former wife has requested trial by combat with Japanese swords to solve the dispute.

David Ostrom, 40, from Paola, Kansas said he would give his ex-wife Bridgette Ostrom, 38, the choice of an attorney or a ‘stand-in fighter’ to battle him.

He argued in court documents that dueling had never been ‘explicitly banned or restricted’ in the United States.

He pointed out to the Iowa District Court in Shelby County that the method had been used ‘as recently as 1818 in British Court.’ 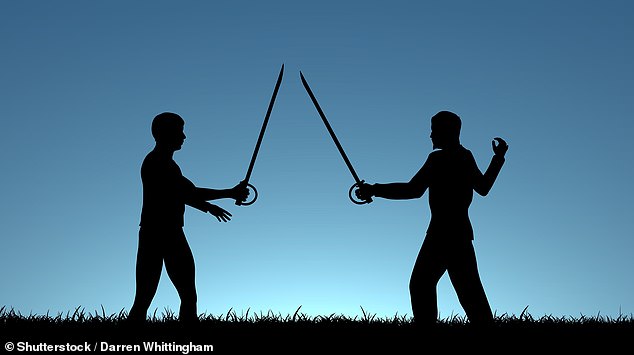 David Ostrom, 40, has requested trial by combat with Japanese swords. He pointed out to the Iowa District Court in Shelby County that the method had been used ‘as recently as 1818 in British Court’ (Stock image)

Ostrom told the Des Moines Register that his inspiration came from a 2016 case in which New York Supreme Court Justice Philip Minardo admitted that duels had not been abolished.

In the documents, Ostrom expressed a desire to meet his ex-wife and her attorney ‘on the field of battle where (he) will rend their souls from their corporal bodies.’

He added that his wife, from Harlan, had ‘destroyed (him) legally.’

He asked Iowa District Court to give him 12 weeks ‘lead time’ to allow him to source or forge katana and wakizashi swords. 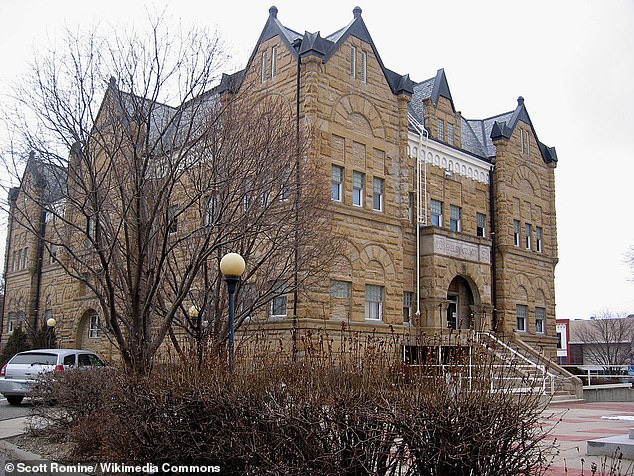 Iowa District Court in Shelby County. The court is yet to rule on either party’s motion

His former wife’s attorney, Matthew Hudson, filed a resistance to the request, pointing out that Mr Ostrom had spelt ‘corporeal’ incorrectly and adding: ‘Although (Ostrom) and potential combatant do have souls to be rended, they respectfully request that the court not order this done.’

Hudson argued that a duel could end in one or both parties dying, which would be  disproportionate to custody and property tax issues.

He asked the court to order Ostrom undergo psychological treatment.

Ostrom, in response, admitted to the spelling mistake but denied any mental health issues.

Iowa District Court is yet to rule on either party’s motion.

Storage Deals: Save on MicroSD Cards and External Hard Drives