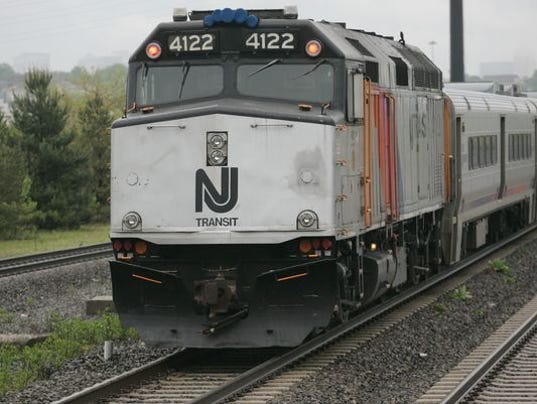 A New Jersey Transit conductor was suspended without pay after passengers on a Monday morning rush-hour train said they heard an announcement that immigration agents were onboard and “looking for illegals.”

Riders on the North Jersey Coast train out of Bay Head said they heard the conductor make the announcement more than once, but U.S. Immigration and Customs Enforcement said its agents were not present on the train.

“ICE was definitely not involved,” said Emilio Dabul, a spokesman for the Immigration and Customs Enforcement office in Newark. “We do not board public transportation unless we’re in pursuit of somebody.”

Steve Burkert, the general chairman for SMART-TD, the union that represents NJ train conductors, said the matter was due to a misunderstanding. A conductor, he said, was having a conversation with a passenger that was broadcast through a defective public announcement system that couldn’t be turned off. It was the passenger, Burkert said, and not the conductor who suggested that ICE agents boarded NJ Transit trains to enforce federal immigration law.

But a passenger on the train said Burkert’s statement was “blatantly false” and that she clearly heard the conductor say twice that immigration agents were onboard.

“I heard it,” said Rory Katharine Fish of Asbury Park. “It was an announcement and it was the conductor. I ride the train every single day, so I know his voice.”

Fish, riding the train on Monday morning, said she heard the conductor say that “ICE agents and agents from Homeland Security and other law enforcement agencies are on the train, looking for illegals and other criminals.”

Another passenger, Brendan Judge, 52, of Spring Lake, also said he heard the conductor make a similar announcement three times during his commute to Newark. He said he has taken the train for years and had never before heard such an announcement.

“To me it was very unsettling,” said Judge, a commercial lawyer. “I was wondering whether officials were going to come through demanding to see people’s papers or whether they would be profiling people.”

But Judge and Fish said they did not personally see any agents on the crowded train.

NJ Transit said it had immediately suspended without pay the crew member who allegedly made the train announcement “pending the outcome of a full investigation.”

The incident caused panic and outrage among passengers at a time of heightened concern about tougher immigration enforcement. Riders on the New York City-bound train expressed outrage over the alleged incident on social media and in interviews, while NJ Transit said it was “inappropriate and unprofessional” and “not reflective of NJ TRANSIT’s culture.”

Sen. Bob Menendez also weighed in, saying on Twitter that his office was looking into the matter. “If true, this would be outrageous racial profiling that is unAmerican and makes us less safe,” he wrote.

Dabul, the ICE spokesman, said the agency does “targeted enforcement” and does not board public transportation to check for passengers who may be in the country illegally.

There have been confirmed reports of Customs and Border Protection agents asking Greyhound bus riders for identification.

The confusion over the train announcement coincided with the Trump administration’s deadline to end the Deferred Action for Childhood Arrivals program. Trump said he would end the Obama-era program — which protects from deportation nearly 700,000 undocumented immigrants who were brought to the United States as children — if Congress didn’t come up with a legislative fix. But the program remains in place after a pair of federal court rulings.

RT @tictoc: ️ Happy #LunarNewYear! What sign are you? Here’s what’s in the cards…

E-waste mining could be big business – and good for the planet.

“As a black person, you have to try to sell the culture to succeed.”...