BREAKING NEWS: One person is stabbed to death and two others are wounded inside a Wells Fargo bank branch at an Oregon shopping center

At least three people were stabbed, one fatally, during a violent incident in Beaverton, Oregon, late this morning.

Police say the knife attack took place at the Murray Hill Marketplace shopping center at around 11.30am Pacific Time. 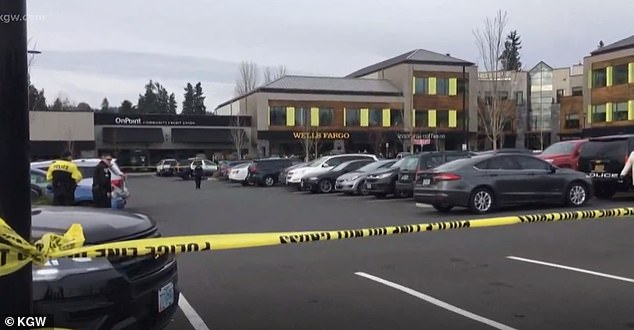 At least three people were stabbed, one fatally, during an attack at this Wells Fargo bank atthe Murray Hill shopping center in Beaverton, Oregon, late this morning 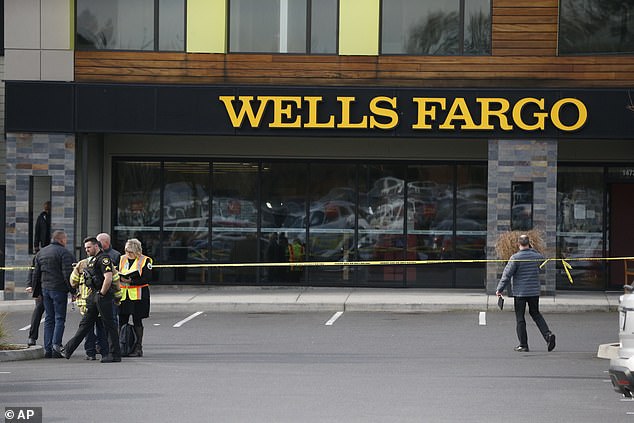 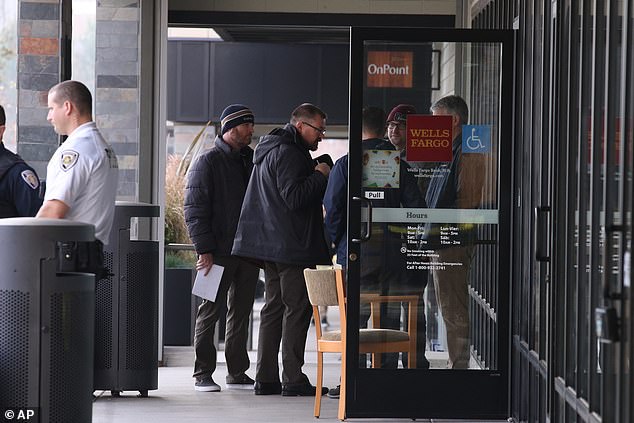 A suspect in the attack stole a car and fled the scene, but was apprehended about 10 minutes later in nearby Tigard.

The surviving stabbing victims were rushed to hospitals for treatment. There is no word on their conditions at this time.

Washington County dispatchers told Fox12 Oregon the call began as a report of a bank robbery in the 14000 block of Southwest Teal Boulevard.

Dillon Prickett told The Oregonian/OregonLive he pulled up to a cafe located next door to the Wells Fargo bank and saw police officers going inside past a visibly shaken employee.

‘She looked at me and she was crying,’ Prickett recalled. ‘All of the mascara was coming down her face.’

The eyewitness added he later saw what appeared to be a seriously wounded woman being carried out of the bank on a stretcher.

‘She had so much bandaging on her face, it looked like an airplane pillow,’ he said. 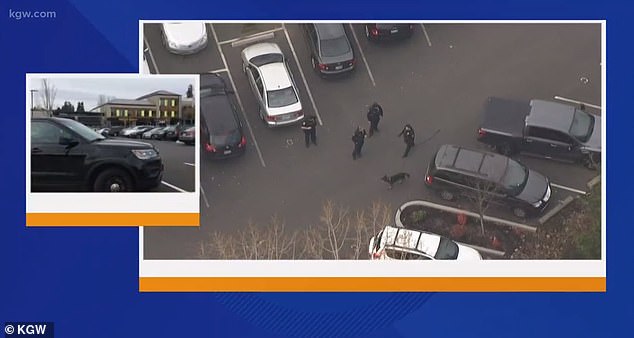 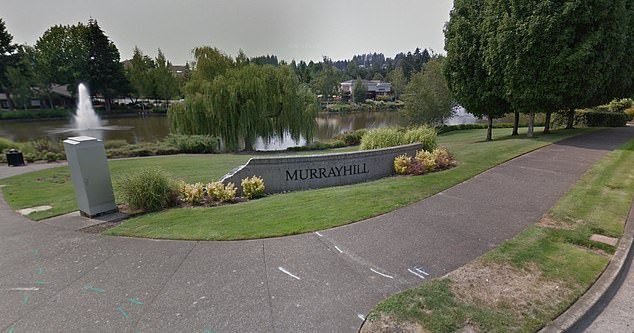 Murray Hill Marketplace is home to several businesses, including a bank, a fitness center, Safeway and Starbucks

The Well Fargo bank is part of a shopping complex that also includes a credit union, Planet Fitness, Safeway and Starbucks, among other businesses.

Located in the suburbs of Portland, Beaverton is known for being Nike’s headquarters.

Coronavirus shutdowns: How bars, cafes and restaurants are fighting to stay afloat

Can the iPhone 11 Pro replace a professional video camera?

Boris Johnson has sent a request to Brussels seeking further delays on Brexit. …

How to pick the perfect camera for kids