By Raven Saunt For Mailonline

The Queen’s former press secretary has slammed The Crown for suggesting that she had an affair Lord Porchester.

Dickie Arbiter, 79, has hit out at the intimation that the monarch may have been romantically involved with her horse race manager.

The popular Netflix drama, which is now in its third series, is soon to air episodes that show the Queen travelling to stud farms in both America and France with Lord Porchester. 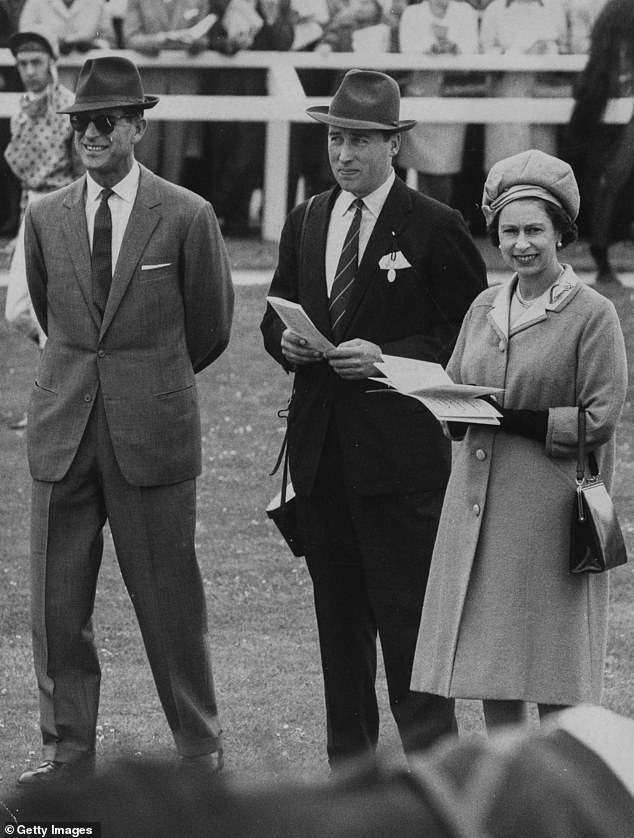 The Queen’s former press secretary has hit out at the intimation that the monarch may have been romantically involved with her horse race manager. Pictured: Prince Philip, Lord Porchester and the Queen at Newbury Races, West Berkshire, in 1969 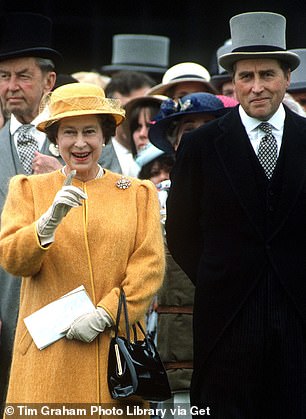 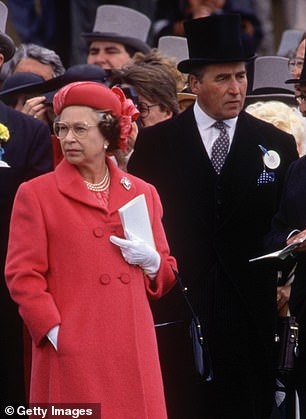 Unsubstantiated rumours about the relationship between the pair have circulated for a number of years. Pictured: The Queen and Lord Porchester at the Derby in 1985 (left) and also together at Epsom Racecourse in 1989 (right)

Her time away and her affectionate nickname for her travel companion, Porchie, later sparks an on screen row with her husband when she returns to Buckingham Palace.

The suggestion that there may have been an illicit affair between the pair at any point in their friendship has since been branded as ‘muckraking’ by Mr Arbiter.

‘This is very distasteful and totally unfounded,’ he said, speaking to The Sunday Times. 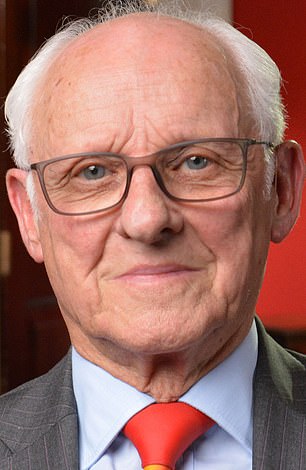 He added: ‘The Queen is the last person in the world to have ever considered looking at another man.

‘The Crown is a fiction.

‘No one knows any conversation between members of the royal family, but people will tell the story the way they want to and sensationalise it.’

Unsubstantiated rumours about the relationship between the Queen, played by Olivia Colman, and Lord  Porchester, played by Joseph Kloska, have circulated for a number of years.

But the pair remained close up until his death in 2001.

This is just the latest hint of a romantic relationship to play out in The Crown after tensions between the Queen and Prince Philip over the horse race manager first appeared in series one.

Prince Philip, played by Tobias Menzies, was trying to find his place within the royal household but inadvertently caused fractures in his relationship with his wife.

In one episode during a heated row, the Queen turned to Philip and said: ‘I have nothing to hide from you, Porchie is a friend. 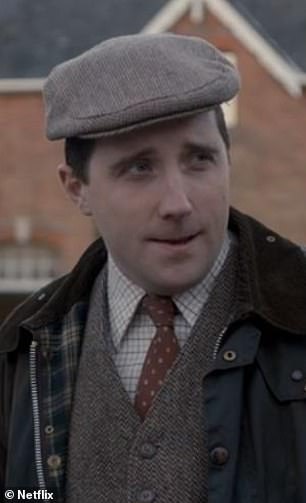 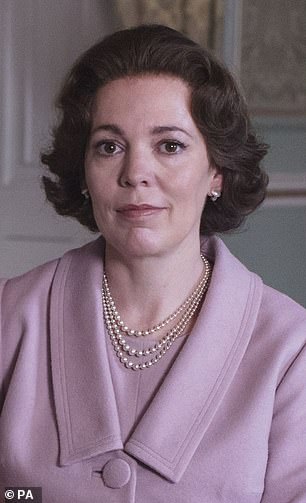 The shows producer Peter Morgan has previously admitted to using artistic licence with the story lines but Buckingham Palace has so far refused to be drawn into debates. Pictured: Joseph Kloska as Lord Porchester and Olivia Colman in her role as the Queen

‘And yes, there are those who would have preferred me to marry him, but to everyone’s regret and frustration the only person I have ever loved is you.’

The shows producer Peter Morgan has previously admitted to using artistic licence with the story lines but Buckingham Palace has so far refused to be drawn into debates.

The new series of the Crown starts next Sunday and will cover the time period from Harold Wilson’s 1964 election as Prime Minister to the Queen’s 1977 silver jubilee.

Coronavirus shutdowns: How bars, cafes and restaurants are fighting to stay afloat

Veteran journalist Steve Dunleavy, who worked at the @nypost for more than 40 ye…

An Alabama State Trooper says the driver of a bus that crashed into a...