Ubisoft revealed the map, called Villa, in a recent blog post, which briefly shows off a water fountain with what is clearly the Assassin’s Creed logo, as seen in the screenshot from a new trailer below. 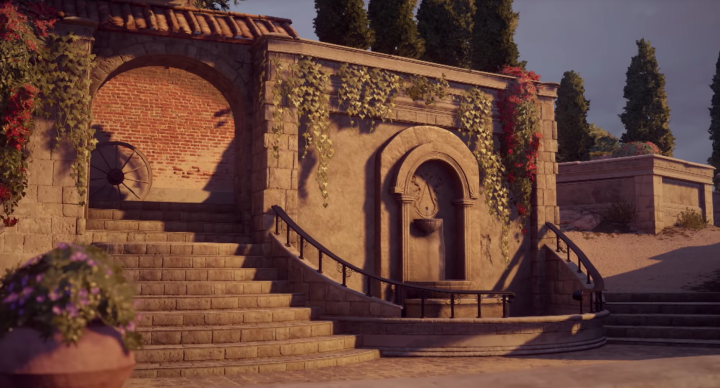 However, it’s unclear whether the map will feature a larger nod to Ubisoft’s long-running franchise, and IGN has reached out for comment about the Easter egg.

Ubisoft will reveal more details about Villa and Operation Para Bellum on May 19 and May 20 during the Pro League Finals Twitch stream.

The #NORAUS game starts in just under an hour. Hit “Set reminder” to keep...

Batman Forever? Or maybe Out of Sight? These 90s soundtracks defined the era, an…