By Marlene Lenthang For Dailymail.com

In a long-winded interview on Fox News on Saturday the former New York Mayor and lawyer to the president likened Trump’s charges to ‘not looking nice’ and reasoned that Chief Justice Roberts has the power to throw the case out.

Giuliani argued that the abuse of power and obstruction of Congress charges Trump faces are made up and not in violation of anything written in the Constitution.

‘Abuse of power and the other ridiculous – obstruction of Congress – you can’t find that anywhere! You can’t find it under common law… it doesn’t exist as crimes,’ he said to Fox host former Judge Jeanine Pirro.

Pirro then asked: ‘Then what is the remedy? It’s like indicting for a non-crime.’

‘The remedy is to go before the Supreme Court of the United States and have it declared unconstitutional,’ Giuliani responded. 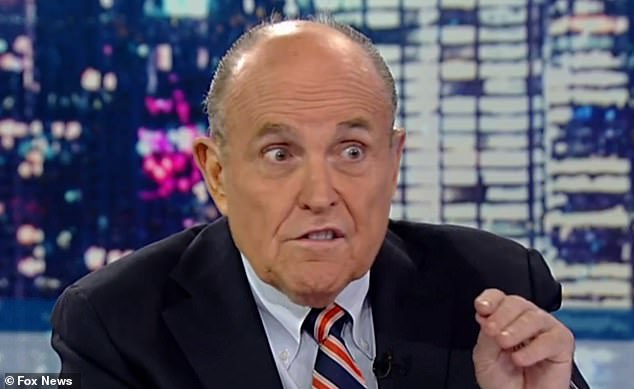 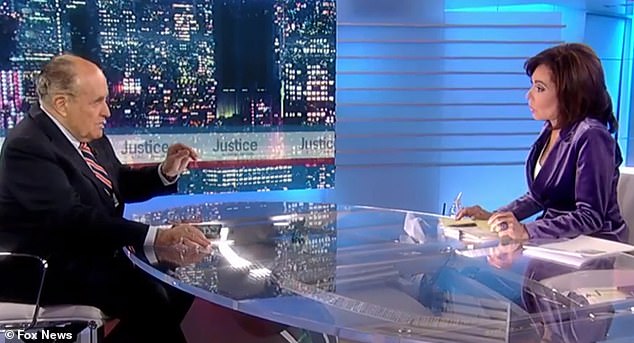 ‘There’s also nothing in the Constitution … that allows the Supreme Court to declare a law of Congress unconstitutional. Marshall made it up,’ he explained.

‘There are no rules for a trial in the Supreme Court. All it says in the Senate is there shall be a trial. The Chief Justice presides. What happens at the beginning of the trial? The defense lawyer says I move to dismiss the indictment,’ Giuliani said.

‘Suppose somebody charged me with not looking nice tonight … and brought me on trial before the New York Supreme Court. … It would be dismissed,’ he added, drawing a bizarre comparison to Trump’s charges.

‘Can they do that with Mitch McConnell?’ Pirro asked.

‘Mitch sets the rules. This should be done as if it were a trial in the United States district Court,’ Giuliani.

Then Giuliani argued that if the impeachment trial is to go forward, Trump would be ‘acquitted’.

‘If we do go to trial, he’ll get acquitted and they’ll make fools out of themselves, I can even argue that politically it would be better to go to trial! They’ll find out about Biden, they’ll find out what a big crook Biden is,’ Giuliani said, quickly shifting his stance on impeachment trial. 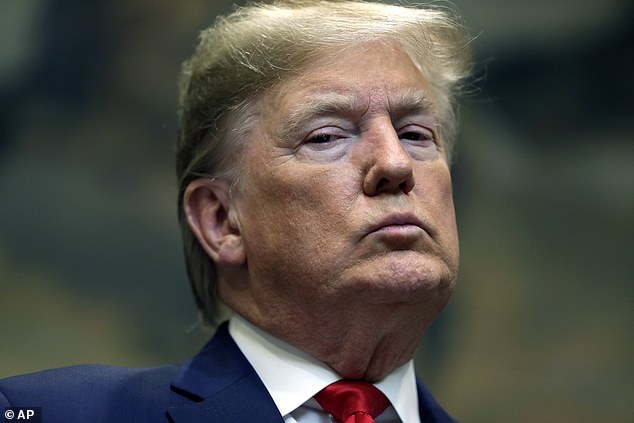 ‘Abuse of power and the other ridiculous – obstruction of Congress – you can’t find that anywhere. You can’t it under common law…it doesn’t exist as crimes,’ Giuliani said to Fox host former Judge Jeanine Pirro 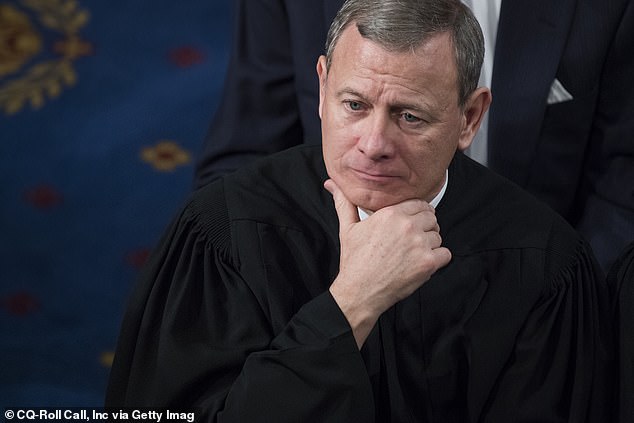 ‘The remedy is to go before the Supreme Court of the United States and have it declared unconstitutional,’ Giuliani said, urging Supreme Court Chief Justice John Roberts to throw out the impeachment case

Pirro asked Giuliani what would happen if Chief Justice does throw out Trump’s case, asking if his impeachment status would remain standing.

‘What is the effect of the impeachment in the House? Is that always there or can that be erased?’ she asked.

Giuliani then shifted gears and praised the protesters in Iran who took to the streets of Tehran on Saturday to oppose the regime and Iran’s Supreme Leader Ayatollah Ali Khamenei.

‘Iran is on the brink of being overthrown if our State Department would wake up!’ Giuliani cried.

‘And do what?’ Pirro asked.

Who would have guessed a knife sculpture isn’t a great thing to have lying...

How 6 top VCs are adapting to the new uncertainty – TechCrunch