A Russian television network has given a rare glimpse into one of three carefully guarded briefcases that Moscow could use to trigger nuclear strikes.

The case, which has a personalised key code, a flash card and is under constant supervision, is said to remotely control Russia‘s nuclear arsenal.

It allows president Vladimir Putin to give the order to launch a nuclear weapon by sending a permission code to the Strategic Missile Forces. The cases can also warn Putin and two other high-ranked officials who carry them of any early signs of a nuclear attack.

The inside of the case – known as a cheget in Russian – was displayed on television by host Alexei Yegorov, who gave the public a rare detailed view of the nuclear controller. 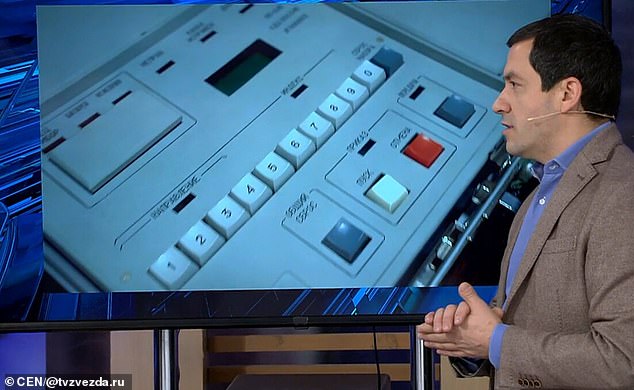 The small briefcase, which is the size of a laptop bag, has a distinctly unmodern-looking horizontal number pad across the centre and four large buttons underneath. One of which – the white key – is said to be the nuclear launch trigger.

Yegorov said: ‘One of the briefcase’s components is a flash card. It is individual, and it is one of the keys that is entered [into the system].’

He added that he was unable to disclose any other sensitive information related to the nuclear briefcase’s functions.

The up-close overview broadcast on Zvezda, a TV channel run by Russia’s Ministry of Defence, was the first time such a device was permitted to be opened on television. 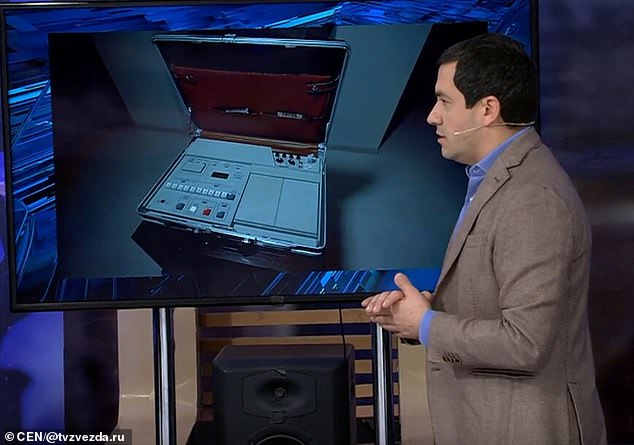 The up-close overview broadcast on Zvezda, a TV channel run by Russia’s Ministry of Defence, was the first time such a device was permitted to be opened on television 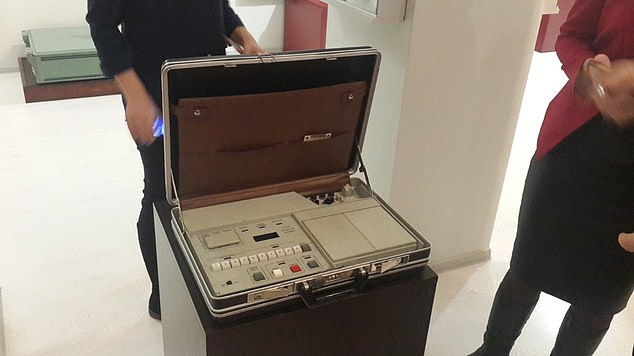 Pictured: A similar ‘nuclear briefcase’ on display in a museum in St Petersburg, Russia

It is said the cheget – named after Mount Cheget in Kabardino-Balkaria – is supervised by an officer who accompanies Putin, 67, wherever he goes.

It is believed, however, that there are three nuclear briefcases in total, which are accessible only by the three most highly-ranked officials in the Russian Federation. 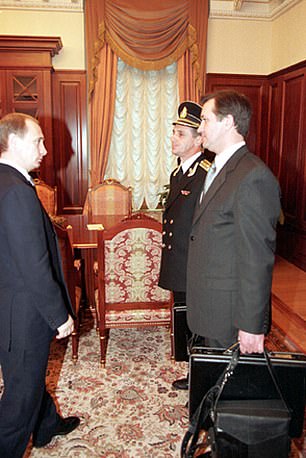 There is also said to be a ‘triple key’ system to the cheget, which requires each of these three men to input their launch codes for a nuclear strike to take place, Atomic Heritage reported.

Alongside Putin, these men include Defence Minister Sergey Shoygu, 64, and Chief of the General Staff of the Armed Forces Valeriy Gerasimov, 64.

The Cheget is comparable to America’s ‘nuclear football’ – a bulky, high-tech leather briefcase which contains the launch codes for the US’ nuclear weapons.

President Donald Trump can use the device to authorise a nuclear attack while away from fixed command centres, such as the White House Situation Room.

The bag, which weighs around 45lbs, is said to always be carried by one of five White House military aides.

It is officially known as the Presidential Emergency Satchel, and first came into use in the aftermath of the Cuban Missile Crisis, LBC reported.

‘What would I say to the Joint War Room to launch an immediate nuclear strike?’ asked President John F. Kennedy at the time. ‘How would the person who received my instructions verify them?’ 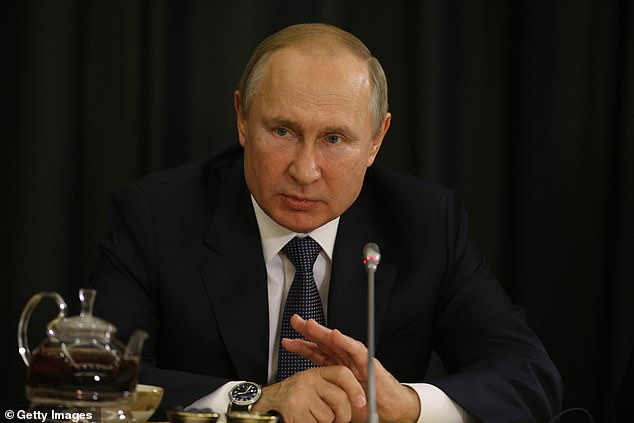 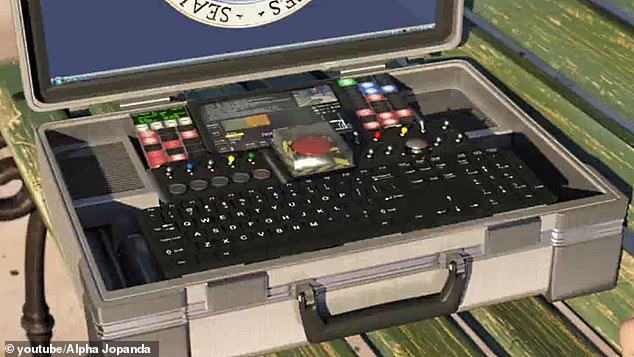 The inside of a ‘nuclear football’, which contains the launch codes for US nuclear weapons

It was first seen in the hands of a military aide in May 1963, when Kennedy arrived in Massachusetts.

Unlike its Russian counterpart, the ‘football’ does not contain a launch button. Instead, inside are a series of code books containing commands which the president can then pass on to the Pentagon.

Nuclear codes are carried by the President on a card called the ‘biscuit’, and it is understood nuclear weapons cannot be launched without it. 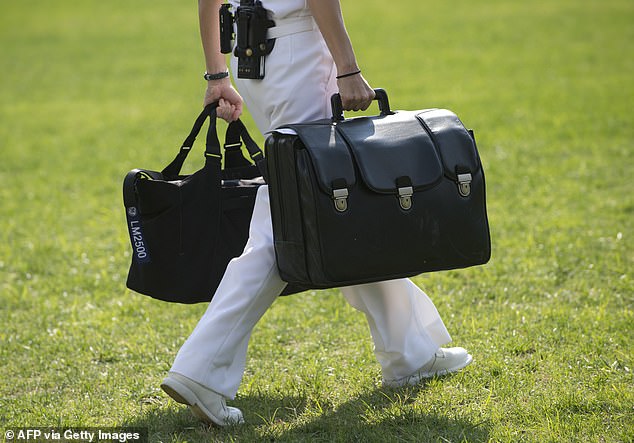 The ‘nuclear football’ – officially the Presidential Emergency Satchel – is a bulky, high-tech leather briefcase carried by a military aide

Roku Express (2019) review: A inexpensive streamer with a cheap remote