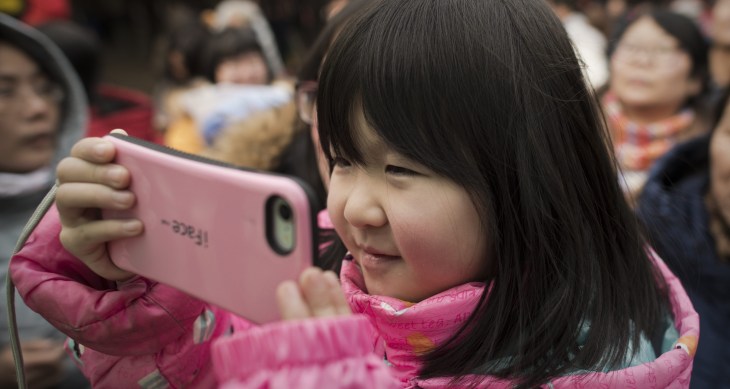 2018 is the year that smartphone usage eclipses time spent watching TV in China and it’s all down to the growth of digital video platforms, according to a new report from eMarketer.

You’d be forgiven for thinking that this had already happened in China, which happens to be the world’s largest smartphone market, but eMarketer forecasts that the momentous moment is about to arrive.

According to the report, the average adult in China is set to spend 2 hours and 39 minutes per day on a mobile device this year, up 11.1 percent on 2017. Watching TV, meanwhile, is set to fall by two percent to reach 2 hours 32 minutes daily.

eMarketer said that the growth of digital video services is “a key driver” in this change. The company forecasts that online video time per day will leap 26 percent year-on-year to reach 58 minutes per adult on average. It is further predicting that by 2020 China’s adult population will spend one-third of their time online watching videos. 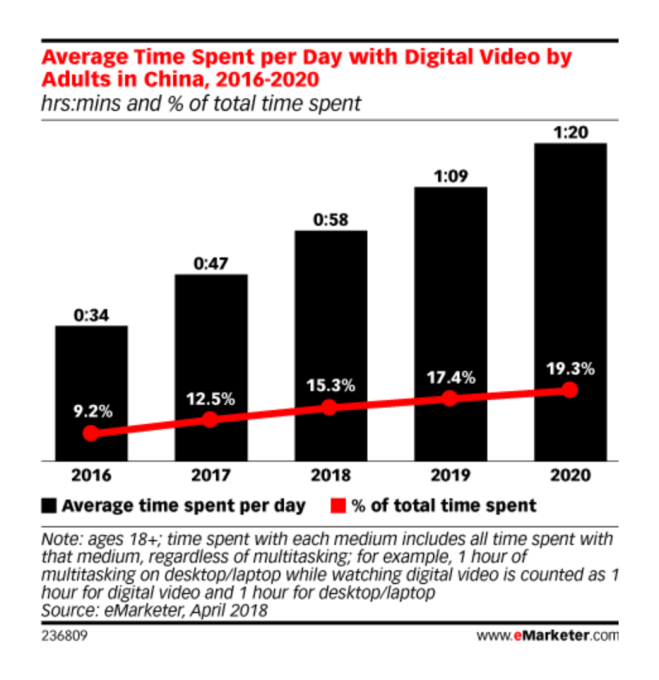 The signs have been pointing to digital media’s charge in China for some time, with the country’s top firms putting considerable cash behind the leading players.

Alibaba acquired Youku Tudou in a 2015 deal that valued the YouTube-like service at $4.6 billion, while rival Tencent has its own ‘Tencent Video’ service and Baidu — the third part of China’s traditional tech power trio — incubated video service iQiyi before taking it public in a U.S. IPO that raised $1.5 billion earlier this year. All three of these streaming platforms combine user-generated video with produced series, some of which comes from Netflix.

Beyond those three, there are also vertical focused video services which include animation platform Bilibili (which just went public in the U.S.), live-video platforms such as Tencent-backed Kuaishou, and Chushou, which focuses on e-sports and landed investment from Google earlier this year.

Video may be the key driver, but it is far from the only reason that keeps Chinese people glued to their phones. Chat app WeChat is the stickest of all mobile apps in China. It claims to have over 900 million active users who send 38 billion messages and over 205 million phone calls via the app each day.

WeChat also includes offline payments which are another major use for smartphones in China. Alongside WeChat Pay, Alibaba’s Alipay claims over 520 million users who use its service instead of cards or cash when paying for goods.

Ant Financial, Alipay’s parent company, is being tipped to raise $9 billion in new funding at a valuation that could reach as high as $150 billion.

What the E-Trade deal says about Robinhood – TechCrunch

Giving away $1 million is noble but so is giving your friends the rest...