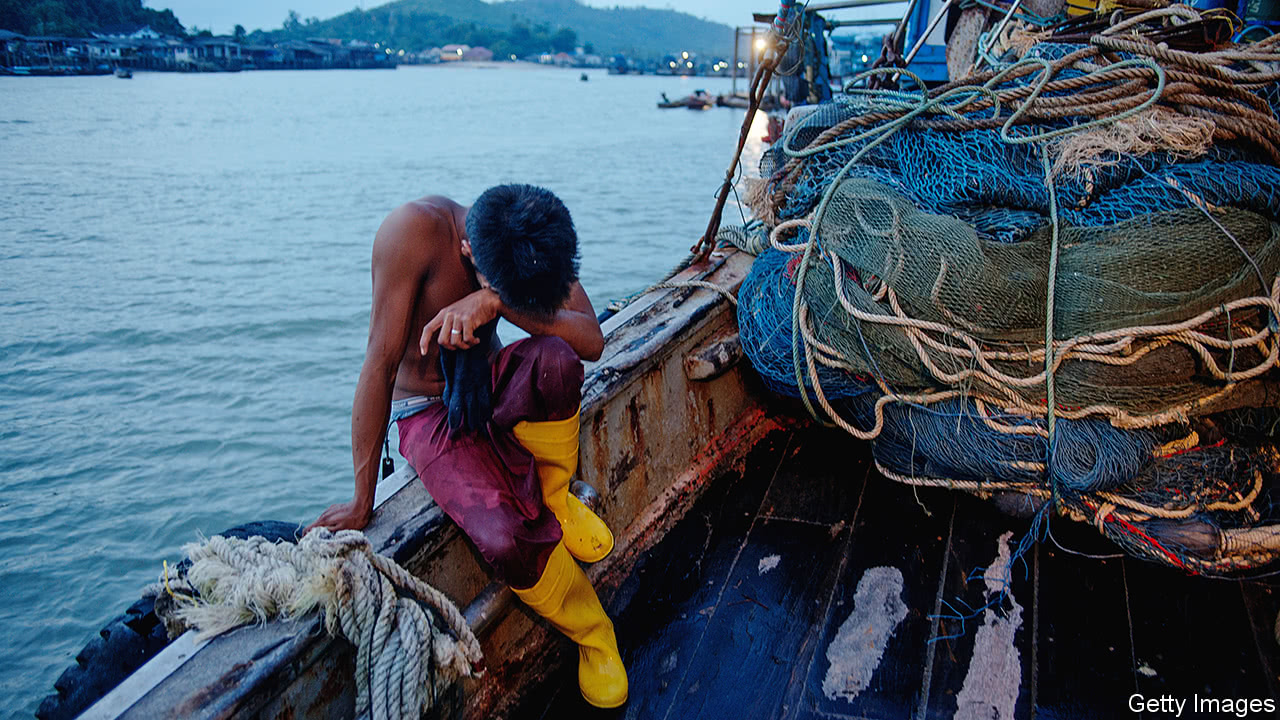 Victim of a modern press gang

MODERN slavery comes in many forms. The outright sale of human beings as possessions is rare. But forced manual labour and sexual exploitation, often in a foreign country, by means of fraud, coercion or the threat of violence, are not. Such cases are often, however, hard to detect. Victims are understandably reluctant to talk. And the labour market also includes people willingly and legally performing work that is not always clearly different from that of the enslaved.

The murky world of modern slaves is, though, beginning to yield to high-tech policing methods. In South-East Asia, for instance, a particular scourge is fishing boats crewed by forced labour. Crew members are unable to escape because these vessels never dock. Instead, they offload their catches and take on supplies at sea. Dornnapha Sukkree, co-founder of a charity in Bangkok, called MAST, hopes to stop this by developing software that analyses data from transponders fitted to…Continue reading

What do investors bidding up tech shares know that the rest of us don’t? – TechCrunch

The world is eating tech – TechCrunch

A Chinese city to pump life into local business with WeChat live streaming –...