The Supreme Court has taken up the question of whether homeless people have the constitutional right to sleep on the sidewalk.

The justices on Friday were scheduled to hear an appeal of a controversial ruling last year by the 9th Circuit Court of Appeals, according to the Los Angeles Times.

In the ruling, Judge Marsha Berzon banned cities from prosecuting homeless people for living on the streets.

Berzon ruled that charging homeless people with a crime for sleeping on the sidewalk is cruel and unusual punishment if the city in which homeless people live does not offer enough shelters as an alternative.

The court sided with six homeless people from Boise, Idaho, who sued the city in 2009 over a local ordinance that banned sleeping in public spaces. 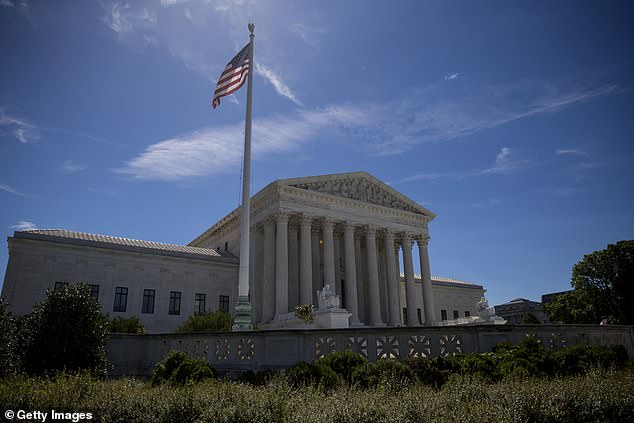 Boise wanted to charge homeless people who slept on sidewalks, parks, or other places without permission with a misdemeanor.

The six homeless people who filed the lawsuit were fined between $25 and $75 for violating Boise’s anti-camping ordinance.

The ruling by the court essentially barred the nine states covered by the Ninth Circuit from prosecuting homeless people who sleep on the sidewalks.

Many places across the West Coast have been struggling with homelessness brought on by rising housing costs and income inequality.

Berzon, who was appointed to the bench by then-President Bill Clinton, cited a 1968 Supreme Court opinion which held that ‘chronic alcoholics’ should be punished for public drunkenness since they have a difficult time controlling themselves.

‘This principle compels the conclusion that the 8th Amendment prohibits the imposition of criminal penalties for sitting, sleeping or lying outside on public property for homeless individuals who cannot obtain shelter,’ the judge wrote in her ruling.

When the Boise lawsuit was filed, attorneys for the homeless residents said as many as 4,500 people didn’t have a place to sleep in Idaho’s capital city and homeless shelters only had about 700 available beds or mats.

The case bounced back and forth in the courts for years, and Boise modified its rules in 2014 to say homeless people couldn’t be prosecuted for sleeping outside when shelters were full. 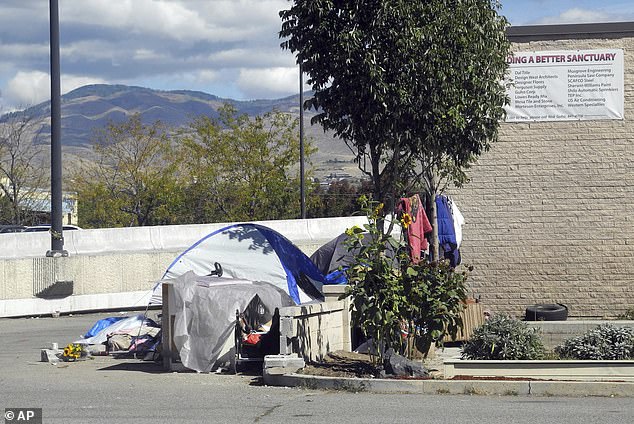 The Supreme Court will hear an appeal filed by cities including Boise, Idaho, which was sued by a group of six homeless people who were fined for sleeping in public spaces. The undated image above shows a homeless camp in Boise

But that didn’t solve the problem, the attorneys said, because Boise’s shelters limit the number of days that homeless residents can stay.

Two of the city’s three shelters also require some form of religious participation for some programs, making those shelters unsuitable for people with different beliefs, the homeless residents said.

The three-judge panel for the 9th Circuit found that the shelter rules meant homeless people would still be at risk of prosecution even on days when beds were open.

The judges also said the religious programming woven into some shelter programs was a problem.

‘A city cannot, via the threat of prosecution, coerce an individual to attend religion-based treatment programs consistently with the Establishment Clause of the First Amendment,’ Berzon wrote.

The biggest issue was that the city’s rule violated the Constitution’s Eighth Amendment against cruel and unusual punishment, the court found.

The amendment limits what the government can criminalize, it said.

A number of other Western cities, including Los Angeles, Sacramento, San Diego, Fresno, Riverside and Orange Counties, and others in Texas and Alaska joined Boise in asking the Supreme Court to take up the case. 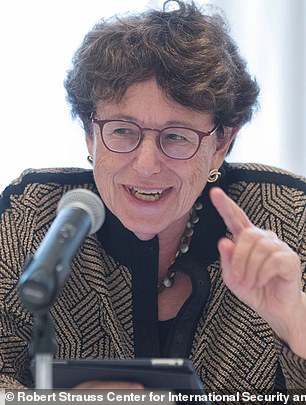 Last year, Judge Marsha Berzon (above) of the 9th Circuit Court of Appeals struck down a Boise, Idaho, ordinance which made sleeping on the sidewalks a misdemeanor

These cities want to have the legal right to clear out large encampments of homeless people.

Los Angeles has said that it is unable to provide shelter for all 36,000 of its homeless who are living on the streets.

Michael Feuer, the city attorney, is asking the Supreme Court to provide a ruling that will make it clear whether police could enforce local ordinance against homeless people who refuse to go to a nearby shelter that has space for them.

Other cities have faced similar lawsuits, with varying results.

Both sides later reached an agreement and the entire case was eventually thrown out.

In 2009, a federal judge said a Portland, Oregon, policy designed to prevent people from sitting or lying on public sidewalks was unconstitutional.

Portland officials now must also give campers at least 24 hours’ notice before cleaning up or moving unsanctioned camps.

“Part of what has allowed me to shift is knowing I’m not alone anymore.”...

The Dalai Lama is facing backlash for saying a female successor would need to...

#ESPUSA is 1-1 at halftime with goals from Megan Rapinoe and Jennifer Hermoso. S…