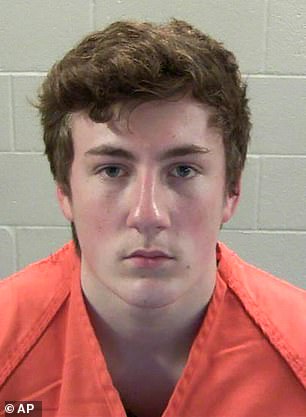 Grant Fuhrman, 16, has been charged with attempted first-degree murder over the stabbing of student officer Mike Wissink at Oshkosh West High School

A Wisconsin teenager has been charged with attempted first-degree murder after he allegedly stabbed a school resource officer with a barbecue fork.

Wissink managed to shoot and wound Fuhrman in an ensuing struggle, before police were called to the scene.

Fuhrman appeared in court via closed circuit TV on Wednesday afternoon, where he learned that he has been charged as an adult in relation to the offence.

According to a criminal complaint filed with the court, and obtained by WEAU News, the teen has admitted his guilt over the incident.

The teenager has reportedly told officers that he began taking Adderall in the weeks leading up to the stabbing, which caused him to have ‘weird thoughts’.

The night before the incident, the accused allegedly ‘kept thinking about how he wanted to take Officer Wissink’s gun and hold it.’ 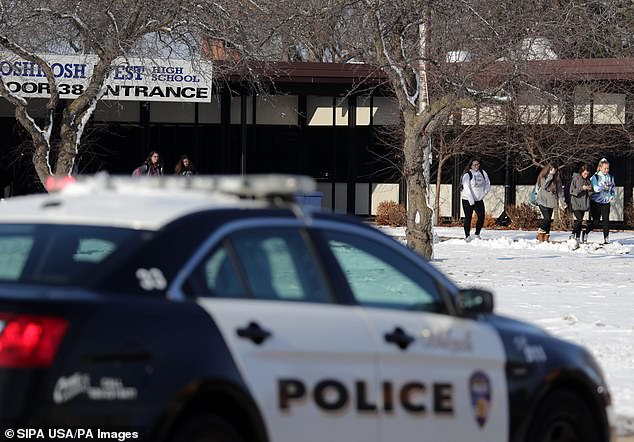 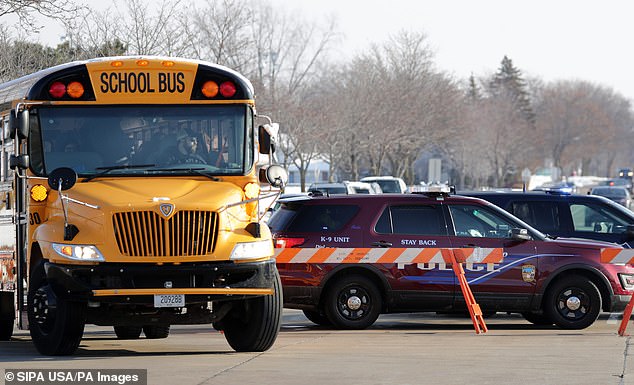 The school went into lockdown following the incident

By 9 am that morning, Fuhrman had made his way into Wissick’s office to pull off the act.

After discussing a welfare issue together, Fuhrman waited until Officer Wissink turned to face his computer screen before ‘he pulled the weapon out from the waistband of his pants and stabbed Wissink in the neck’.

The officer allegedly tried to reach for a Taser, but was unable to get a hold of it. At that point, he grabbed his gun and fired at Fuhrman.

The teen only stopped stabbing when he was shot, according to the court documents.

Wissink also accidentally shot himself in the left forearm during the struggle, but he was released from the hospital on Monday. 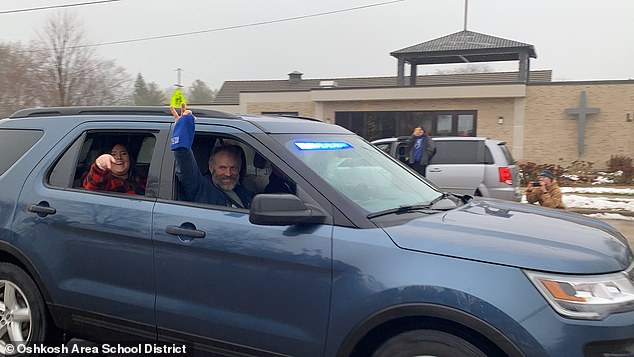 Wissink received a police escort past the school, where he was met with cheers from students and residents 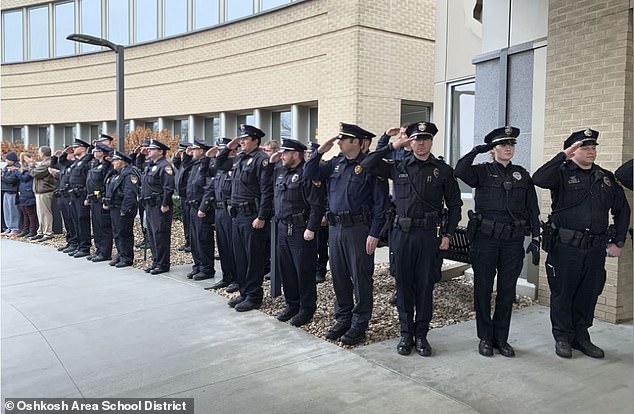 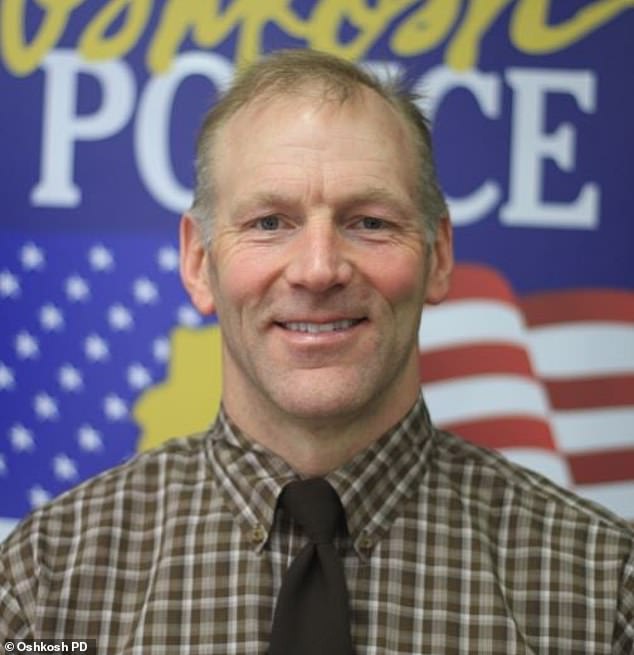 He received a police escort past the school, where he was met with cheers from students and residents.

While Oshkosh West High School has been left shaken from the incident, it appears to have brought out the best in its students.

One courageous senior, Duaa Ahmad, held open the doors to a mosque, allowing dozens of students to flee the school during the incident.

Brave Ahmad  remained outside the building, ushering her classmates in to the religious building before finally getting herself to safety.

After the incident, the teen said she ‘felt a little fear’, but said she ‘did what had to be done’.

At the time, fellow students were left startled as they did not know what was transpiring inside.

Meanwhile, Fhurman remains behind bars on a $1 million cash bond, and will return to court at a later date. 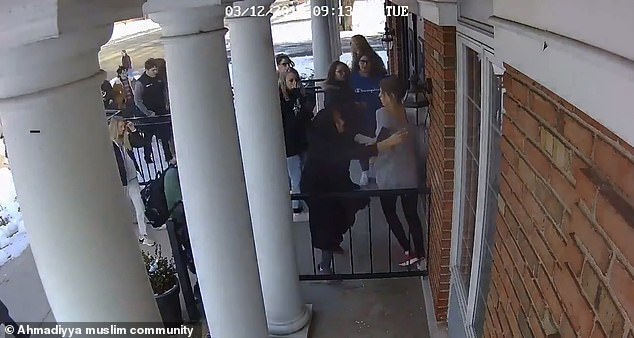 One courageous senior, Duaa Ahmad, held open the doors to a mosque, allowing dozens of students to flee the school during the incident.

After news broke that John McEntee was fired as @POTUS’ personal aide for a...

Following on the success of Shazam!, Jaume Collet-Serra is in talks to direct th…

Beijing wary about US pressure to buy farm goods