By Ryan Fahey For Mailonline 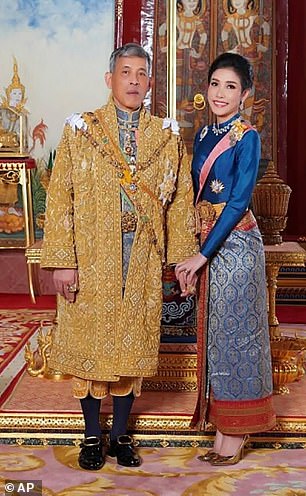 Thailand’s King Maha Vajiralongkorn has stripped his 34-year-old consort, Sineenat Wongvajirapakdi (pictured), of all titles, the palace announced October 21, a shock move less than three months after she was bestowed with a position that had not been used for nearly a century

Thailand‘s King Maha Vajiralongkorn has dismissed six palace officials for ‘extremely evil’ conduct, a palace announcement said on Wednesday, in a shake-up that come days after the sacking of the king’s royal consort.

The six included a woman, a senior police official and two royal guards, all of whom worked in the palace.

Two separate announcements published in the official royal gazette accused the six of severe disciplinary misconduct that caused harm to the royal service, and said they had been fired and stripped of all their official ranks.

“The king has ordered their dismissal from royal service … because of their severe disciplinary misconduct and deeds that are considered extremely evil,” one of the announcements said.

Reuters was unable to reach the six officials for comment.

Former Royal Consort Sineenat Wongvajirapakdi was stripped of her titles in an extraordinary announcement on Monday, just months after the king made her his royal noble consort – the first such appointment in almost a century.

A palace statement on Monday accused her of being ‘disloyal’ and conducting a rivalry with Queen Suthida Bajrasudhabimalalakshana, who married King Vajiralongkorn in May just days before his elaborate coronation.

Sineenat’s whereabout since her dismissal are not known. 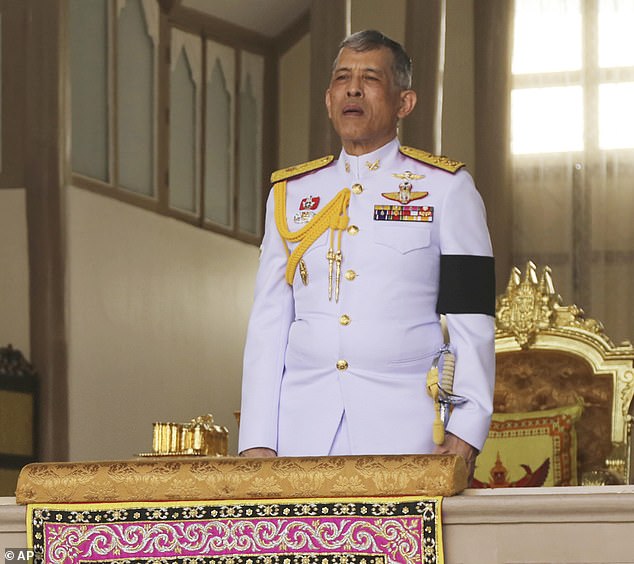 Since taking over from his father, King Maha Vajiralongkorn, has taken more direct control of royal affairs and the crown’s vast wealth, and transferred two military units from the Royal Thai Army to his personal control

The Wednesday statements did not directly link the six sacked officials to Sineenat’s dismissal.

Since taking the throne following the death of his revered father King Bhumibol Adulyadej in 2016, Vajiralongkorn has proved to be an assertive constitutional monarch, taking more direct control of royal affairs and the crown’s vast wealth, and transferring two military units from the Royal Thai Army to his personal control.

Public criticism of the king or the royal family is illegal under Thailand’s strict lese majeste laws, with insults to the monarchy punishable by up to 15 years in prison.

3 Creative Ingredients for Every Photo You Take

World’s only working Tiger Tank is put through its paces 75 years after being...

What is fake news and how can you identify it?