If you need a crash course in all things MCU, these eight movies will get you up to speed.

The release of Avengers: Infinity War is right around the corner. And while this new Marvel movie pays off on 10 years’ worth of MCU storylines, the only downside to so much build-up is that it’s pretty time-consuming for fans to sit down and rewatch all these movies. That’s to say nothing of people who might only just now be getting into the MCU. After all, Black Panther couldn’t have made as much money as it did without attracting a few newcomers.

Fortunately, you don’t actually have to rewatch all 18 MCU movies to prep for Infinity War. We’re breaking down the essentials here, the ones that introduce key characters or deal directly with the Infinity Stones that will be such an important part of this new superhero epic. Check them out below… 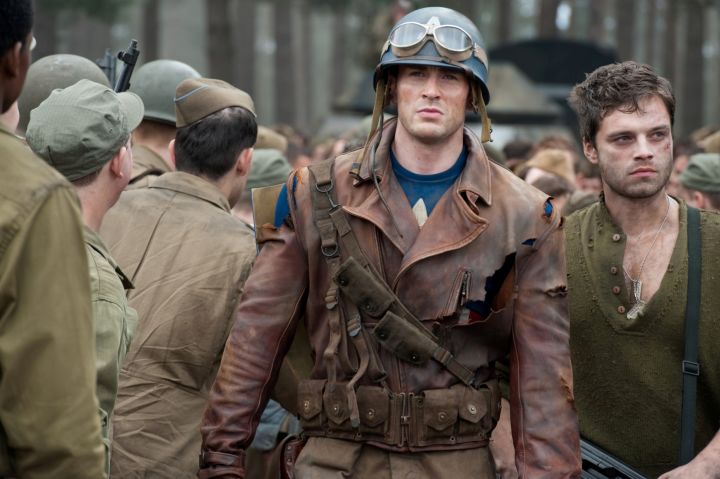 Steve Rogers’ character arc looks to be a big focus in Infinity War, as the man formerly known as Captain America comes to terms with his uncertain place in the world. For that reason alone, it’s worth going back to the first Cap movie and reliving his early World War II exploits. Plus, this film gives necessary context to the Steve/Bucky relationship as the two friends are finally reunited (sans brainwashing) in Infinity War.

There’s also the fact that The First Avenger revolves heavily around the Tesseract, the Hydra artifact that Red Skull used to power his army and which contained the first Infinity Stone to be introduced in the MCU – the Space Stone. We’re crossing our fingers that Infinity War or its sequel will even address the uncertain fate of Red Skull himself.

The Avengers marks the first time Earth’s Mightiest Heroes banded together to fight a common enemy. This movie is the true launching point for much of what’s unfolded since in the MCU. Not to mention that it technically showcased the first conflict between the Avengers and Thanos’s forces, though that fact wasn’t made clear until the mid-credits scene.

Perhaps most importantly, The Avengers hinges on Loki’s efforts to steal the Tesseract and acquire it for Thanos. Based on the trailers for Infinity War, it seems Loki will be given one last chance to fulfill that mission.

While not generally regarded as one of the better MCU movies, Thor: The Dark World makes one important contribution by introducing another Infinity Stone, the Reality Stone, found in the destructive weapon known as the Aether. This film also sets the stage for the current status quo of Asgard, ending with Odin being betrayed and replaced by his adopted son, Loki.

Guardians of the Galaxy

Prior to Infinity War, most of Thanos’ screen time came in 2014’s Guardians of the Galaxy. That film more firmly established his role as a shadowy power player on the intergalactic scene, as well as his habit of raising women like Gamora and Nebula to be his fiercely loyal assassins. Expect the relationship between Thanos and his wayward daughters to be a major focus in Infinity War.

The first Guardians movie is also notable for introducing the Power Stone (encased in the Orb everyone is after in this film), which looks to be among the first Thanos adds to his Infinity Gauntlet. Plus, one of the biggest selling points of Infinity War is that it features the first team-up between the Avengers and the Guardians, so it doesn’t hurt to see where the latter team got their start.

The road to Infinity War became a lot clearer in the second Avengers movie. This film introduced the Mind Stone, revealing it to have been hidden within Loki’s mind-controlling staff and serving as the catalyst for the birth of Vision. Based on the Infinity War trailers, Vision’s days could be numbered as the Black Order comes to reclaim that stone.

But in a larger sense, Age of Ultron was all about alluding to bigger, darker events awaiting the Avengers. Tony Stark has a nightmare/hallucination about the team being destroyed by an unstoppable cosmic threat, influencing his reckless decision to create Ultron. Similarly, Thor is haunted by visions of extinction – visions which would shortly come to pass for Asgard.

Every Avengers movie is essential viewing ahead of Infinity War. And given that Captain America: Civil War is basically The Avengers 2.5, it’s among the most critical MCU movies. Civil War is most crucial when it comes to establishing the present state of the Avengers, showing how the fallout of Age of Ultron and the ratification of the Sokovia Accords drove a wedge right down the middle of the team. One of the biggest challenges facing Cap, Iron Man and the rest in Infinity War is that they aren’t united against this powerful new threat.

Civil War also introduces two new MCU heroes who will be critical in Infinity War – Spider-Man and Black Panther. Both characters have since had their own solo movies, but you learn everything you need to know about the two in Civil War.

Infinity War marks the first time we’ll see Stephen Strange and Wong fight alongside the Avengers, so it doesn’t hurt to go back and watch their MCU debut in 2016’s Doctor Strange. This film is also important in that it introduces the Eye of Agamotto, a time-manipulating artifact that houses the Time Stone. Thanks to Doctor Strange, there’s only one final Infinity Stone to be revealed – the Soul Stone.

The most recent Thor movie did quite a lot to alter the status quo of the MCU and pave the way for Infinity War. This film chronicles the destruction of Asgard as hinted at in Age of Ultron and Thor’s rise to power as the new king of a homeless people. The post-credits scene directly sets up the events of Infinity War.

Ragnarok is also a key chapter in the story of Thor’s relationship with his brother, Loki. All signs point to Loki having a big moment of truth in Infinity War, and it’s best to have the full context for his connections to Thor and Thanos. It’s also a big movie for Hulk, explaining what the character has been up to in the years since Age of Ultron and why his return to Earth is such a big deal.

In terms of its ties to Infinity War, Black Panther isn’t quite as essential as the other films on this list. The title character himself is already introduced in Captain America: Civil War. That said, it’s still worth adding it to your watch list if there’s time. It looks as though one of the major action sequences in Infinity War takes place in Wakanda and will feature new fan-favorite characters like Okoye and M’Baku. Plus, Black Panther is one of the best MCU films to date, and there’s never a bad time to rewatch it.

‘Inner city’ does not hate billionaires