We take a look back at some of the biggest – and we mean BIG – threats to the world ever seen in cinema.

As John Boyega and the rest of our heroes prepare to battle the big baddies of Pacific Rim Uprising, we thought it would be a good time to take stock of just how well the Earth has fared when facing the giant monsters of the past.

The kaiju genre has a long and venerable tradition, stretching all the way back to one particular giant monster in the ’30s (King Kong), through the atomic-irradiated nightmare of the ’50s (Beast from 20,000 Fathoms, Them!, Godzilla, and so on), all the way up to the CGI-generated enormous apparitions of the present day (Cloverfield, Pacific Rim, Colossal). But which of these huge hulking brutes actually came closest to destroying the planet? That’s hard to say, but we can nominate a few possibilities…

PRIMARY ABILITIES: Bad radioactive breath, a tail he can’t do anything with, the occasional victory jig

INCIDENT REPORT: We might as well start with the Big Guy, and even though it’s arguable whether Godzilla on his own – or with the rest of his colleagues from Monster Island – could actually destroy the world, he certainly gave it a shot more than a few times by starting with Japan, whether rampaging in anger as the perfect embodiment of Humanity’s own terrifying technology turned upon itself, or as the collateral damage when trying to save us from other giant monsters hell-bent on annihilating everyone. Good, bad, he’s the guy with the glowing back fins.

POWER RATING: 3 out of 5 Crumbled Cities 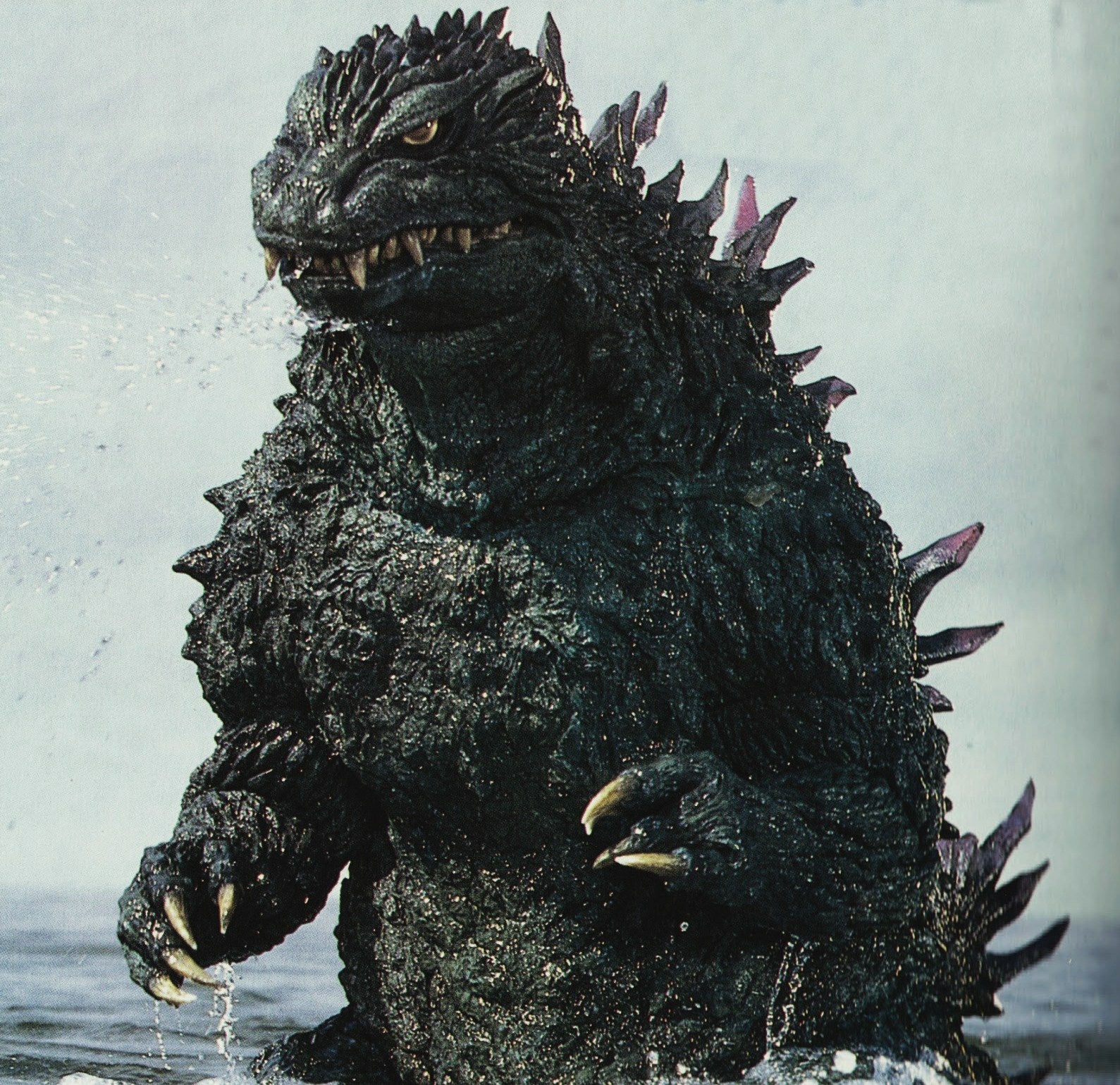 INCIDENT REPORT: While we’re in Godzilla’s universe, we might as well talk about one of the deadliest kaiju of the Toho pantheon, a collective creature that definitely did have the potential to kill every living thing on Earth; after all, he was able to kill Godzilla…well, one of him anyway. An evolving, nightmarish creation that revels in death and destruction, Destoroyah is spawned from the Oxygen Destroyer that took down the original ’54 Godzilla, and he had some serious destructive potential, if only he hadn’t been bested by a judicious combination of cold and heat.

POWER RATING: 4 out of 5 Micro-Destoroyahs

PRIMARY ABILITIES: Weirds you out with its bizarre face and body, packs a wallop, does not treat patriotic landmarks well

INCIDENT REPORT: While “Clover” may be just a baby, he cuts quite a swath through New York, aided by the creepy parasitic barnacles that infect and explode humans along the way. But could ol’ Clovy actually destroy the Earth? Perhaps not on his own, but J.J. Abrams did once hint that his mother would have to be much bigger…and that did look like a frighteningly HUGE Cloverfield Monster rising up out of the post-apocalyptic clouds at the end of The Cloverfield Paradox! Mom Clover, or the original after a few extra meals? We may truly never know…

PRIMARY ABILITIES: Extremely long neck, horrible temper, invisible shield that renders it invulnerable to attack (maybe we should have listed that first)

INCIDENT REPORT: If you haven’t seen this one, you really owe it to yourself. A movie so terrible, its stars went to its premiere and were shocked by what they saw, The Giant Claw nevertheless has charms for the MST3K-oriented crowd, and it’s even the direct inspiration for a principal plot point in Independence Day! No kidding! And yes, thanks to the Claw’s impervious shield, it was capable of flying around the world, murdering hot-rodding teens everywhere, and thinning out the human race until we finally found a way to take that battleship-sized bird down.

POWER RATING: 3 out of 5 Chicken Wings

INCIDENT REPORT: Selected telepathically by Ghostbuster Ray Stantz as the physical form of an avatar sent by a world-destroying god, Mr. Stay Puft is ultimately just a big marshmallow guy trudging cutely down the streets of Manhattan. Yes, he crushes some cars, but come on, the thing was apparently made of a lot of flammable fluff. How much damage could it actually have done? I know, it’s just the initial form of a magical, extradimensional being (more on those kinds of monsters soon) that probably had a lot more power than we saw, but still…

PRIMARY ABILITIES: Too many to list – if you think a kaiju can do it, chances are one of them can or will

INCIDENT REPORT: As extradimensional beings of various sizes, shapes, and abilities, the kaiju of the Pacific Rim universe are unnervingly weird, massively huge, and destructive in the extreme, requiring Humanity to cobble together enormous robots just to hold them at bay while the world trembles in their wake. This is an Earth on the brink thanks to an invading army of misshapen monsters; who knows if anyone can truly “cancel the Apocalypse” in time? We’ll all know much more when we go see Pacific Rim Uprising, opening in a theater near you on March 23!

POWER RATING: 5 out of 5 World-Beating Battles

Here's How You Can Watch Ubisoft Forward This Weekend

Smart home guide for beginners: Make your home more convenient to live in without...