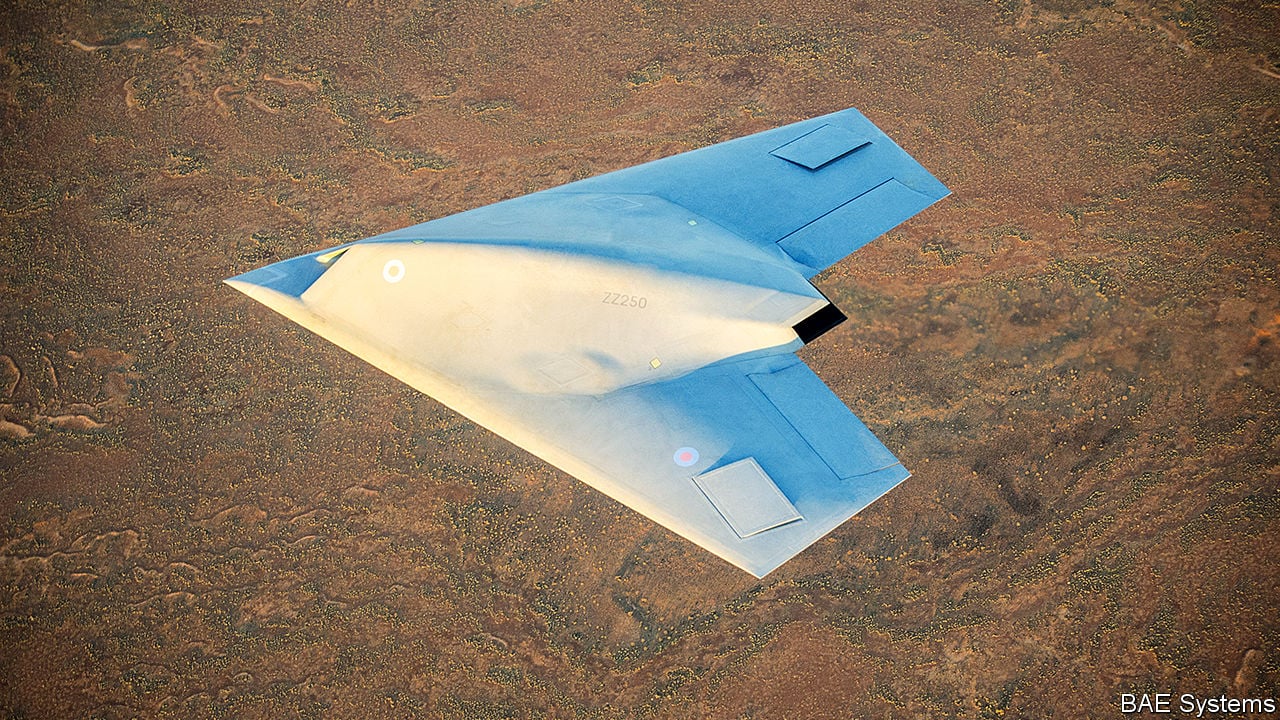 JULY 16th sees the opening of the Farnborough air show. Plane spotters attending the show, which by entente cordiale alternates annually with that in Paris, will be hoping for an appearance by one of the F-35 Lightning fighters delivered recently to Britain’s air force and navy. The F-35 represents the best that the present has to offer in aerial military technology. The minds of visitors from the aerospace industry and the armed forces, though, will mostly be on the future—and in particular what sort of aircraft will follow the F-35. All around the show will be drones of almost every shape and size. This raises the question: will future combat aircraft need pilots?

At least part of the answer can be found 400km north of Farnborough, near Preston, Lancashire. Warton Aerodrome is the site of Britain’s nearest equivalent to Lockheed Martin’s celebrated Skunk Works—a research and development facility run by BAE Systems, the country’s largest aerospace and defence…Continue reading

As the Parkland community and the country grieve, names and details of the victi…