A Trump administration official wanted taxpayers to reimburse her for jewelry, clothing, and other items said to be worth nearly $50,000 that were stolen from a rental car while she gave a speech last year.

Seema Verma, the head of the Centers for Medicare and Medicaid Services, filed a $47,000 claim for lost property, which included an Ivanka Trump-brand pendant said to be worth $5,900, according to Politico.

The Department of Health and Human Services reimbursed Verma $2,852.40 for her claim, a spokesperson for the federal agency she heads told Politico.

In her claim, Verma listed two dozen pieces of jewelry based off an appraisal that valued them at $43,065.

The appraisal was made by a jeweler three weeks after the items were stolen from a rented SUV while she gave a speech in San Francisco in July 2018. A CMS spokesperson told Politico that Verma was one of three staffers whose luggage was stolen. 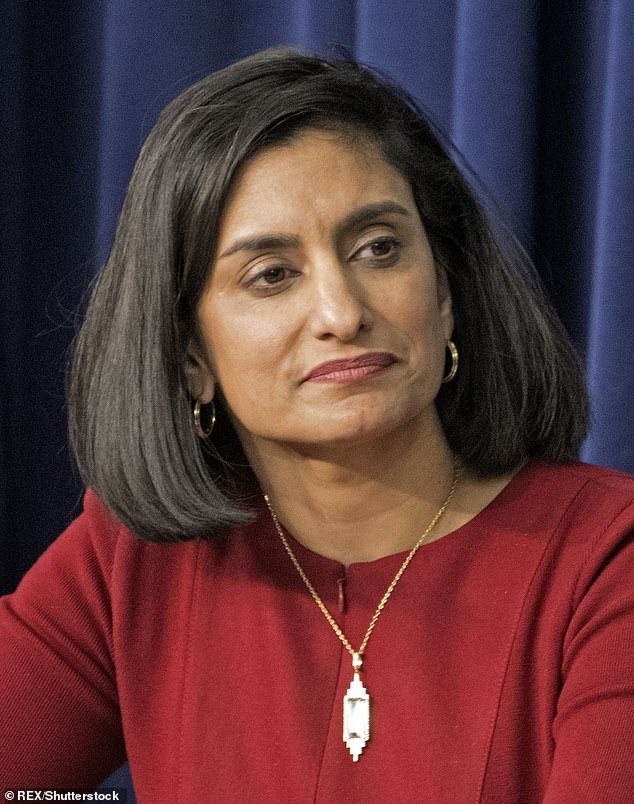 Seema Verma, the head of the Centers for Medicare and Medicaid Services, filed a $47,000 claim for lost property, which included an Ivanka Trump-brand pendant said to be worth $5,900. Verma is seen above wearing the pendant in January 2018 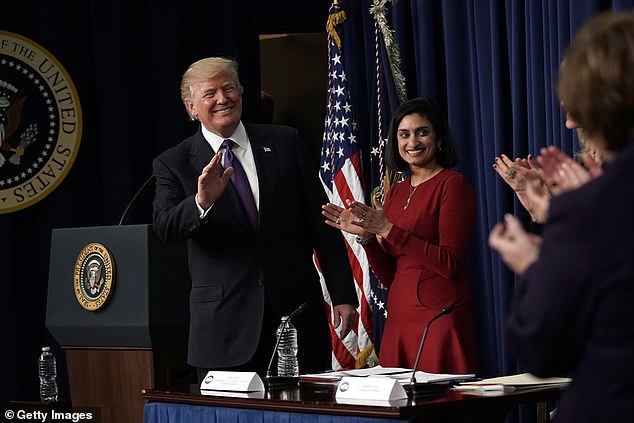 Trump appointed Verma to head CMS, making her the second most powerful health official in the federal government 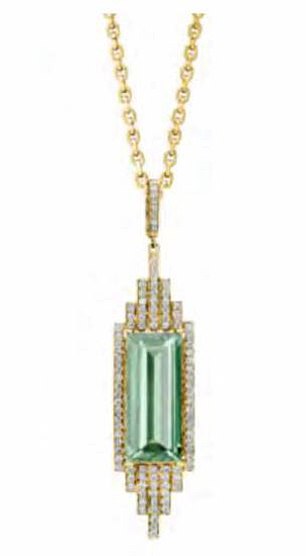 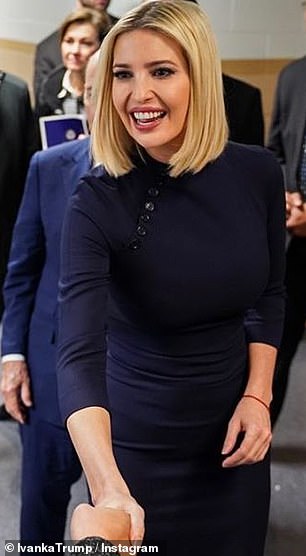 Verma claimed that the pendant (above) was among two dozen pieces of jewelry that were stolen from her while she was giving a speech in San Francisco in September 2018. The pendant is from the brand collection by Ivanka Trump (right)

The claim also included $2,000 to cover the cost of stolen clothing and another $2,000 to cover other items, including $325 for moisturizer and $349 for noise-canceling headphones.

Verma was partially reimbursed because HHS has a longstanding policy of paying for certain goods when they are lost during a work trip as long as they ‘are not inherently for other uses.’

‘When paying for such goods, the department pays a discounted rate based on age for the items that were lost,’ the spokesperson said.

‘It’s perfectly appropriate that the administrator filed a personal property loss claim for goods stolen while on work travel and this is not an unusual practice for federal employees.’

The department is not permitted to reimburse staff for lost or stolen items like jewelry, according to the spokesperson.

Verma has led the CMS since March 2017.  She was formerly a consultant to Vice President Mike Pence while he was Governor of Indiana, and a her work profile lists her as being ‘the architect of the Healthy Indiana Plan, the Nation’s first consumer-directed Medicaid program’.

She has been under extra scrutiny recently after it became public that she was openly at loggerheads with her boss, Health and Human Services Secretary Alex Azar. 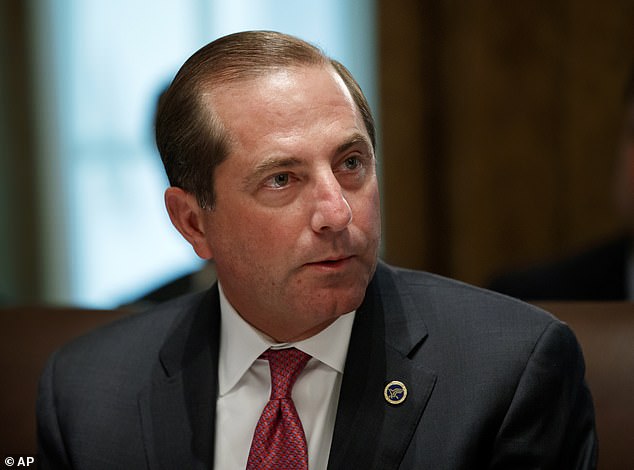 Verma has reportedly been feuding with her boss, Health and Human Services Secretary Alex Azar (seen at the White House in July)

Their bitter feud prompted President Trump to step in and play peacemaker, according to Politico.

Last month, Trump told Azar to settle his dispute with Verma, which involves disagreements over policy as well as personnel.

The news site Axios reported that the relationship between the two became so acrimonious that the department brought in outside counsel to investigate claims by Verma that she was the victim of gender-based discrimination.

But Azar’s office vetoed the move, saying it wanted somebody else, also a woman. Brookes ended up getting the job.

Verma then claimed that the decision not to hire Brookes immediately was grounds for a sex discrimination lawsuit.

The lawyer hired to investigate the claim found that it was unsubstantiated.

‘There is no evidence to suggest that anyone in a leadership position at HHS discriminated against Ms. Verma because of her gender or otherwise created a hostile work environment at HHS,’ the attorney who investigated the claims, Heather Flick, said.

‘Based on the absence of evidence to support a suggestion of discrimination or a hostile work environment, I recommend that this matter be closed.’

Star Wars: The Rise of Skywalker review — Everything you could ask for, except...

Murder By Numbers Is Ace Attorney, Picross and Thirsty Anime All in One