US manufacturer to sell female toy soldiers for the first time after girl, six, writes a request to the firm saying she would ‘play with them every day’

By Chris Dyer For Dailymail.com

A Pennsylvania toy manufacturer will start making female model soldiers after a six-year-old girl wrote a letter of complaint to the company.

Vivian Lord was tired of not seeing women depicted in the classic toy she wanted to play with, so wrote to manufacturer BMC Toys to ask why female soldiers were not produced.

She had been on vacation with her family in July when she bought a group of Green Army Men figurines.

The first grader decided to write to three toy companies asking, ‘why do you not make girl army men?’ 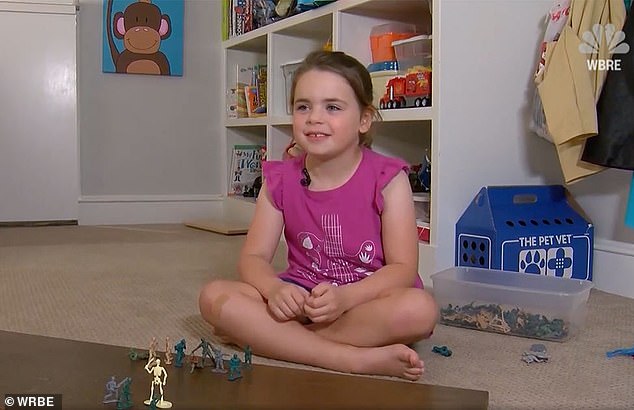 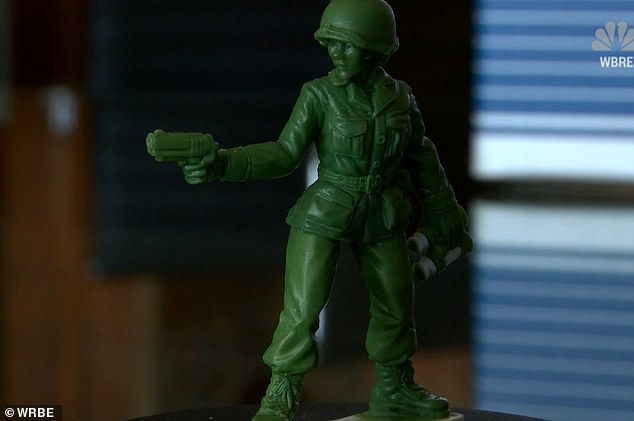 After Vivian’s letter to BMC Toys, president Jeff Imel said his company would be producing four prototypes of female toy soldiers (one pictured above)

Vivian, from Arkansas, wrote in her letter: ‘Why do you not make girl army men, my friend’s mom is in the army too!! So why don’t you make them too!!!!!

‘I saw the pink ones but those aren’t girls and people in the army don’t wear pink.

‘Please can you make army girls that look like women. I would play with them every day and my friends would to!’

To her amazement Jeff Imel, the president of the toy company based in Scranton, Pennsylvania, was moved by her call to action and decided to introduce a new line of products.

Imel now plans to produce female army figurines in four different poses, including the first model of a female captain holding a handgun and binoculars, by December next year.

‘I promise to have them for Christmas shopping next year,’ Imel said in a statement. 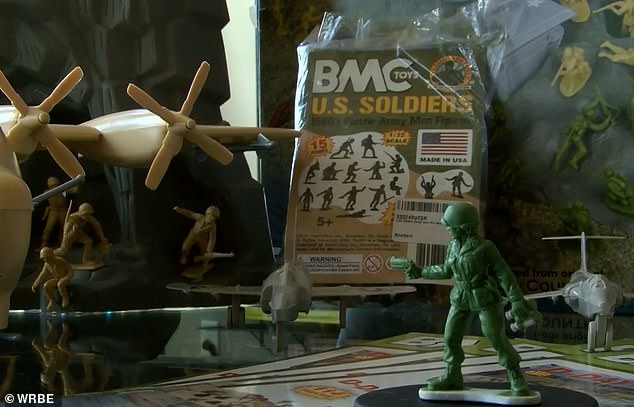 Female army figurines in four different poses, including the first model which will be of a female captain holding a handgun and binoculars, will be produced by BMC Toys

He told the New York Times he realized he had made a ‘huge mistake’ by putting off complaints like Vivian’s.

When she heard about the news, Vivian told KTHV: ‘I’ve been wanting to have girl army men, but there’s no girl army men. It’s kind of weird.

‘It made me so happy. I might just get the boy army men out of the way and just play with the girls.

Women currently serving in the military and army veterans have also requested a change to the figurines that have been around since the 1930s.

One soldier said on Twitter: ‘I’m currently in the Army, my husband currently is not, and now I can buy my kids toys that actually represent *me* when I have to be away from them.’ 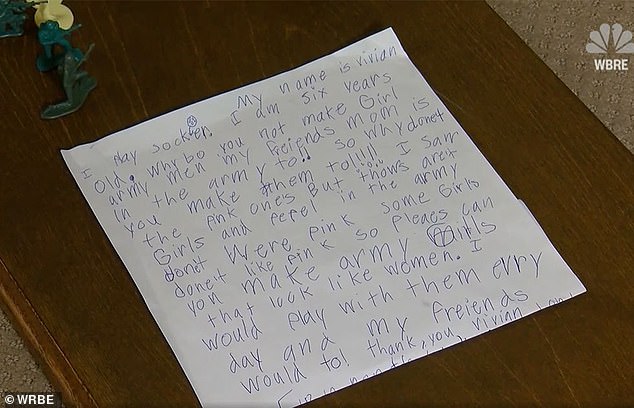 The letter Vivian wrote to BMC Toys saying, ‘why do you not make girl army men, my friend’s mom is in the army too!! So why don’t you make them too!!!!!’

Last June retired a navy fleet master chief, JoAnn Ortloff, also wrote to Imel saying she wanted to see female toy soldiers made by manufacturers because they could help women in the military be seen as equal to men.

Vivian’s letter then captured the attention of major news networks when her letter featured on regional channels, then CNN and CBS.

Some customers criticized the new depictions of female soldiers, arguing that making women in the mold of the mid-20th century military would be inaccurate, as women were not allowed in front-line combat during that time.

But Imel said the toys’ function in modern society revolves around ‘every kid wanting to be the hero of their story’.

He added: ‘It shouldn’t be up to us to decide who the hero is. Girls should be able to connect to the toys just as much as boys do.’

IGN’s Hellbound: Episode 2 of an Early Look at Baldur’s Gate: Descent Into Avernus

The 2010s: Top 5 Oregon nature stories of the past decade