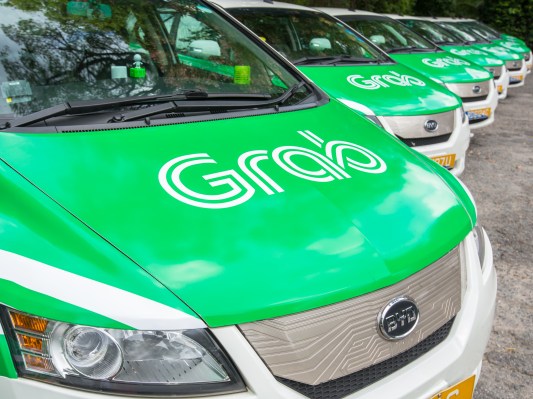 It’s official, Uber has announced that it has sold its Southeast Asia-based business to rival Grab .

The deal follows a month of speculation, and it will see Grab — which is valued at over $6 billion — buy up Uber’s ride-sharing business in eight countries in Southeast Asia. It will also take over Uber Eats, which is currently present in three, and expand that service across the region during the first half of this year.

In exchange, Uber will get a 27.5 percent stake in Singapore-based Grab while Uber CEO Dara Khosrowshahi will join Grab’s board.

The deal starts to make sense when you consider that both companies share common investors — SoftBank and Didi — and that waging an expensive subsidies war in what is currently a loss-making hurts both sides.

Many consumers in the Southeast Asian region may be concerned at the end of the competition between the two, and there isn’t much time left. Grab said that Uber’s ride-sharing app will be available for a further two weeks, while Uber Eats will close down and migrate to GrabFood at the end of May.

Grab said today it has reached over 90 million downloads with more than five million drivers and agents for its fintech services.

The deal puts Grab in absolute control of Southeast Asia’s ride-sharing market, bar Indonesia, but the company doesn’t believe that the deal — which it is calling a merger — will represent any issue for Singapore’s monopoly laws.

“Grab is committed to cooperating with local regulators in relation to the acquisition. Grab believes the acquisition will add to, among others, vibrant and competitive ride-hailing, delivery and transportation spaces, and it will make a merger notification to the Competition Commission of Singapore,” the company wrote.

Now some money statements from the figures involved.

“We are humbled that a company born in Southeast Asia has built one of the largest platforms that millions of consumers use daily and provides income opportunities to over 5 million people. Today’s acquisition marks the beginning of a new era. The combined business is the leader in platform and cost efficiency in the region. Together with Uber, we are now in an even better position to fulfil our promise to outserve our customers. Their trust in us as a transport brand allows us to look towards the next step as a company: improving people’s lives through food, payments and financial services.”

“This deal is a testament to Uber’s exceptional growth across Southeast Asia over the last five years. It will help us double down on our plans for growth as we invest heavily in our products and technology to create the best customer experience on the planet. We’re excited to take this step with Anthony and his entire team at Grab, and look forward to Grab’s future in Southeast Asia.”

The deal puts pressure on Go-Jek, the $5 billion market leader in Indonesia backed by Google and Tencent, which has not yet expanded across Southeast Asia. Grab has cleared the way to be the single dominant force in all other markets in the region — which has a cumulative population of over 600 million people — so if Go-Jek is going to venture overseas, now is definitely the time.

This retreat marks Uber’s third exit from an international geography at the hands of a rival.

Uber previously exited China in 2016 after striking an equity exchange deal with Chinese market leader Didi and it quit Russia last year after it sold its business in the country to local rival Yandex.

The Grab deal feels somehow different since, prior to last year, Uber and Grab were fairly evenly matched. But a litany of internal issues at Uber in 2017 — which ultimately led to the resignation of co-founder and CEO Travis Kalanick and an investment from SoftBank — saw Uber take its eye off the ball in Southeast Asia.

Grab, to its credit, pushed on and raising another $2.5 billion last year from investors while it expanded into financial services through a payment system and, most recently, plans for micro-loans and insurance.

This deal seemed unlikely a year ago, now the question is whether there is further consolidation to come. India, where Uber battles domestic rival Ola, is the most obvious market where that could happen.

How to cast a wider net for tracking space junk

Kawhi Leonard and Fred VanVleet are leading the way for the @Raptors who hold...

Nigerian National Assembly was on lockdown amid clashes outside. …

Not just Huawei: A guide to China’s biggest and best smartphone...